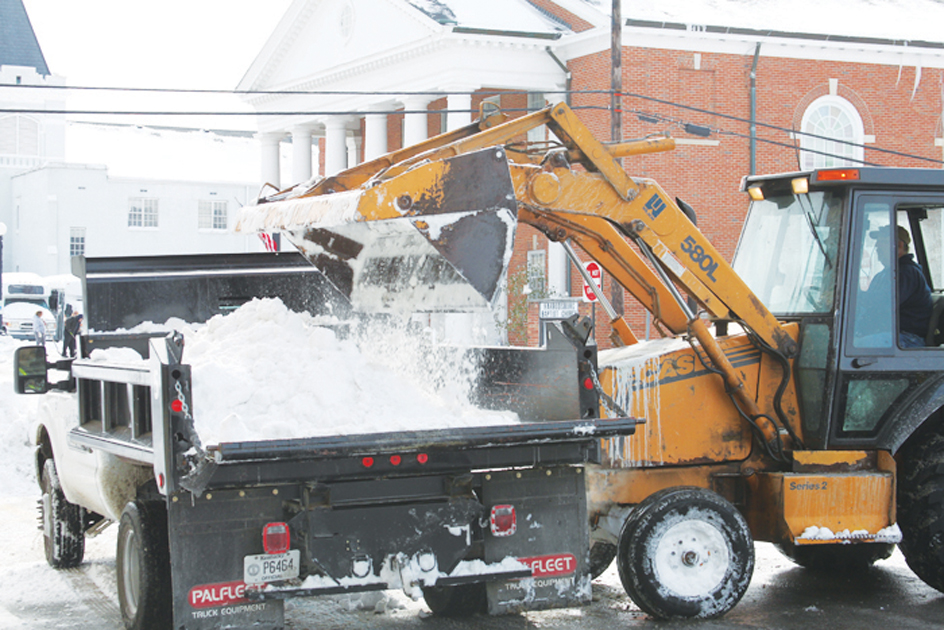 The Harrodsburg Herald/Robert Moore
City of Harrodsburg workers remove snow from Main Street in this file photo from 2015. Authorities are asking the public to stay at home during the ongoing winter storm.

Gov. Andy Beshear has declared a state of emergency due to the heavy snowfall blanketing Mercer County and a large part of Kentucky.

The severe weather is impacting travel on major interstates and state and local roadways as well as causing power outages and damage to public infrastructure and private properties.

Currently, the Kentucky Transportation Cabinet and the Kentucky State Police are working all interstates. The Kentucky National Guard is activated at all interstate closures and standing by on others without closures. Search and rescue teams are activated for safety checks on stranded motorists. And the Red Cross is monitoring the need for warming centers.

“We are urging Kentuckians to stay off the roads if possible,” Gov. Beshear said. “The weather we are continuing to see across Kentucky is dangerous.”

Snow is expected to become moderate to heavy this afternoon. A Winter Weather Advisory has been issued in portions of Central Kentucky north of the Western Kentucky and Bluegrass Parkways, where 1 to 4 inches of snow can be expected. The highest amounts of snowfall, 4 to 8 inches, are expected to fall across Southcentral and Eastern Kentucky, roughly from Bowling Green to Richmond.

The governor urged Kentuckians to avoid travel due to hazardous road conditions and reports of multiple accidents. District crews from the Kentucky Transportation Cabinet have been pretreating roads this week, with crews out today responding to hazardous roadways. The cabinet asked for cooperation and partnership of the public, with four specific requests:

With snow continuing to accumulate across Mercer County and Kentucky, state and local officials–including the Harrodsburg Police Department–are advising people to stay home.

The winter storm warning remains in effect until 10 p.m. tonight, according to the National Weather Service, with heavy snow accumulations of up to 8 inches, with higher amounts possible. Snowfall rates will exceed one inch per hour at times.

What follows is an update from the Kentucky Transportation Cabinet (KYTC) District 7.

Additionally, the public can monitor weather operations in real time on the state’s interactive traffic system to find out what is happening on state routes in their local counties: GoKY.ky.gov.