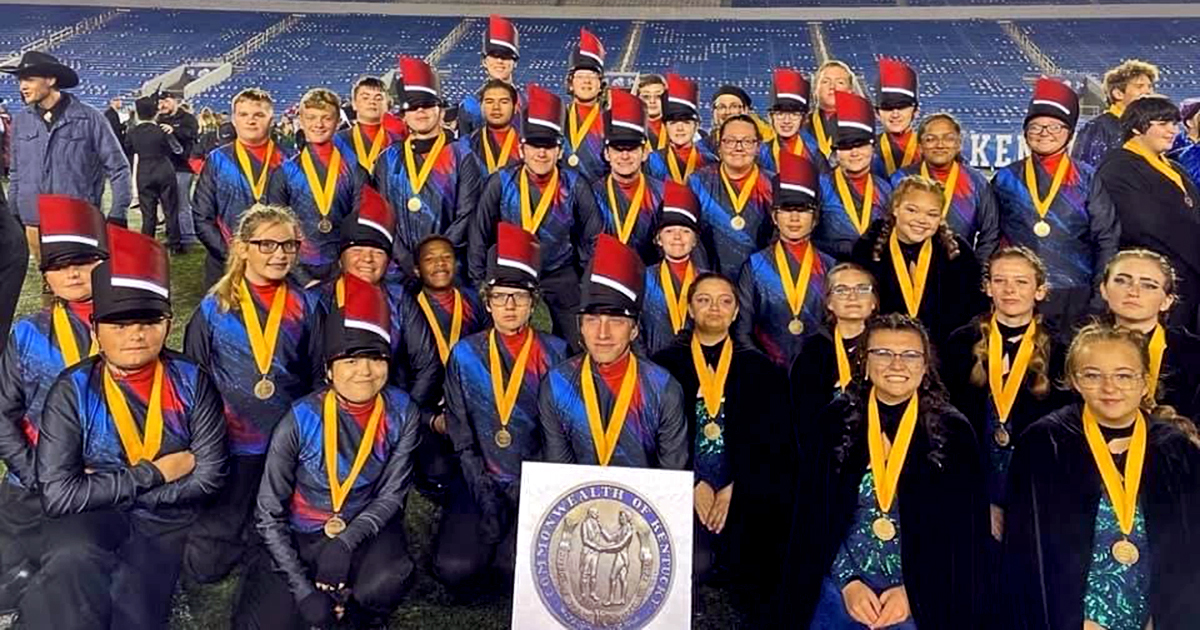 Photo Submitted
The Marching Titans of Mercer County Senior High School placed fifth in the Class 2A state competition at the University of Kentucky on Saturday, Oct. 30.

On Saturday, Oct. 30, the Marching Titans earned a distinguished score at the 2A regional finals at Bryan Station High School and solidified their place at state finals on Saturday evening. They were one of only six bands chosen to advance to state. They performed their 2021 show, entitled “Mind’s Eye,” which incorporates selections from Brian Balmage’s composition “Elements” and is described as representing a fever dream.

“This year’s marching band has been successful due to its ability to persevere and keep the end goal in mind,” said Ashford. “Taking a year off from competitive marching band and COVID protocols added a different challenge we were not used to this season, but the students were able to overcome it with the dedication of the marching band staff who kept pushing them to get better.”