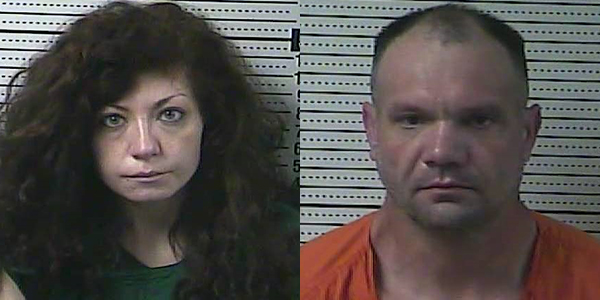 Amber McGrath and Macklin Cornett were both arrested after a traffic stop earlier this week. (Image: BCTC).

Two Harrodsburg residents are in jail on drug charges after a traffic stop at the Walmart parking lot.

The Harrodsburg Police Department conducted the traffic stop on Monday, Aug. 9, as part of a investigation into suspected activity connected to narcotics in the parking lot.

According to an HPD Facebook post, the driver—subsequently identified as Macklin Aaron Cornett, 38, of Harrodsburg—consented to the search. Before the search could begin, the investigating officer saw the female passenger—identified as Amber Cheyenne McGrath, 27, also of Harrodsburg—drop a black bag on the ground.

Inside the bag were several individually packaged baggies of substances suspected of being methamphetamine and marijuana, according to the HPD.

Police also found another bag inside the vehicle containing a substance also suspected of being methamphetamine. 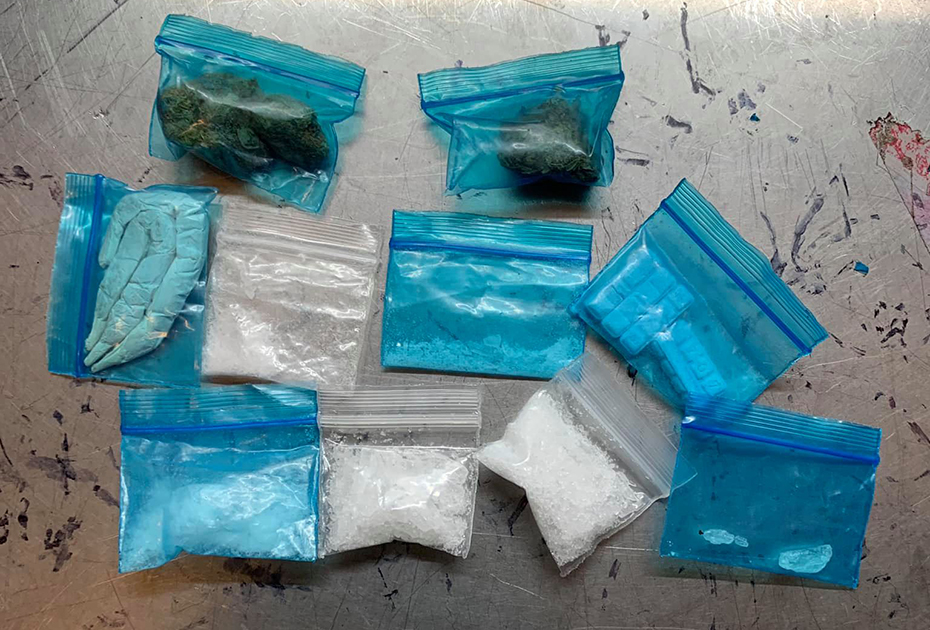 Photo Submitted
Police found substance believed to be methamphetamine and marijuana during a recent traffic stop.

Cornett and McGrath were both placed under arrest and taken to Boyle County Detention Center where corrections officers located an additional bag on McGrath containing a substance also suspected of being methamphetamine.

Bail for both Cornett and McGrath was set at $12,000, according to the Boyle County Detention Center website.

Patrolman Isaac Shelton (HPD) is the arresting officer, with assistance from Capt. Scott Elder of the Mercer County Sheriff’s Office.