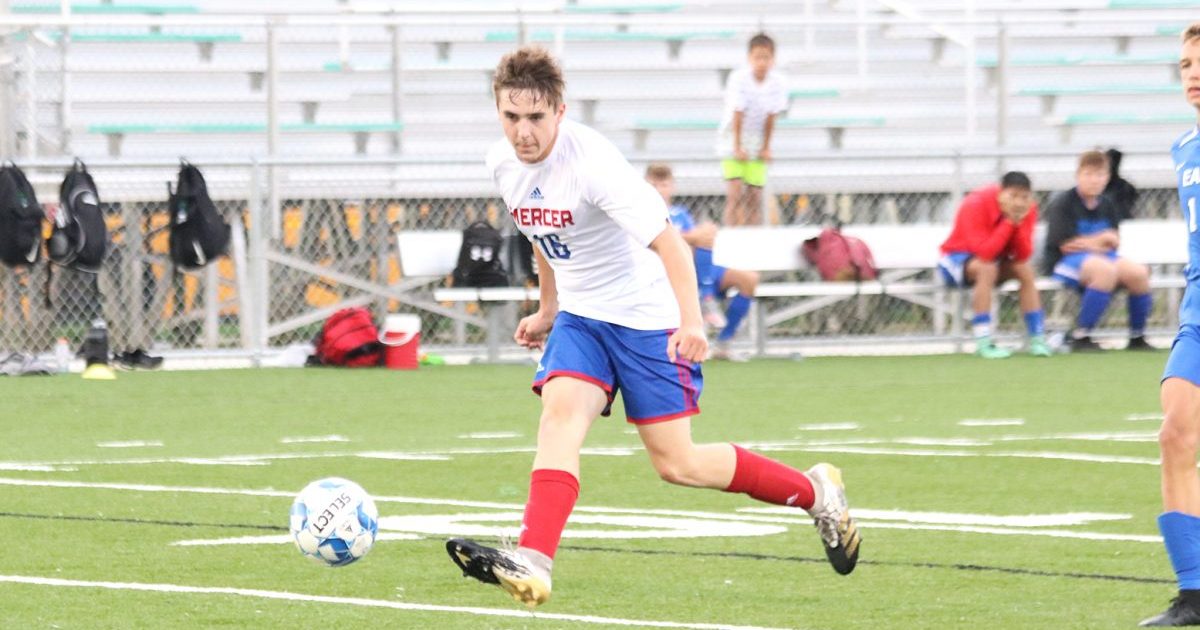 The Harrodsburg Herald/Wesley Bird
Senior winger Chase Mobley found himself in position in the box, but his shot was deflected by the goalie until Sam Walls cleaned up for the only goal of the game.

Keeper Jase Coconaugher was tested early with a Critical save (1′). The East Jessamine Jaguars controlled possession for the majority of the first half, but struggled to get quality shots against the Titan defense. Second year senior and team captain James Johnston had a strong presence at center back with big clears and key takeaways.

When the Titans did have the ball, they turned them into quality shots. Junior forwards Forte Bess and Sam Walls often found themselves in threatening positions in front of goal.

The Titans lone goal was off a shot from senior Chase Mobley that ricocheted off of East Jessamine’s keeper Tanner Nally and fell perfectly to Walls, who capitalized with a shot on the empty net for the only score of the game (8′).

Mercer was saved from a quick equalizing goal when the Jaguars were called offside after a made shot (9′).

The rest of the first half entailed multiple Mercer shots on goal either just off target or saved by the keeper. East made one last shot on goal to end the first half, saved by Coconaugher (29′).

The second half was a lot of back and forth in the middle of the field with a few good runs by Taylor Booth, Mobley and Walls. Mercer had a good look at the goal on a free kick from Johnson but hit the side of net (46′).

The last few minutes of the game, Bess was able to get clear for a deep shot on net, but was saved by the Jaguar’s keeper (77′). East Jessamine made one last ditch effort to tie the game, but Johnson ended their chances with a booming clearance (79′).

Coach Carlson started his Titan coaching career with a solid district win. After the game he acknowledged his three in the middle (Bess, Booth and junior Gavin Wilson), “They were interchangeable and did a really good job running the show,” said Carlson.