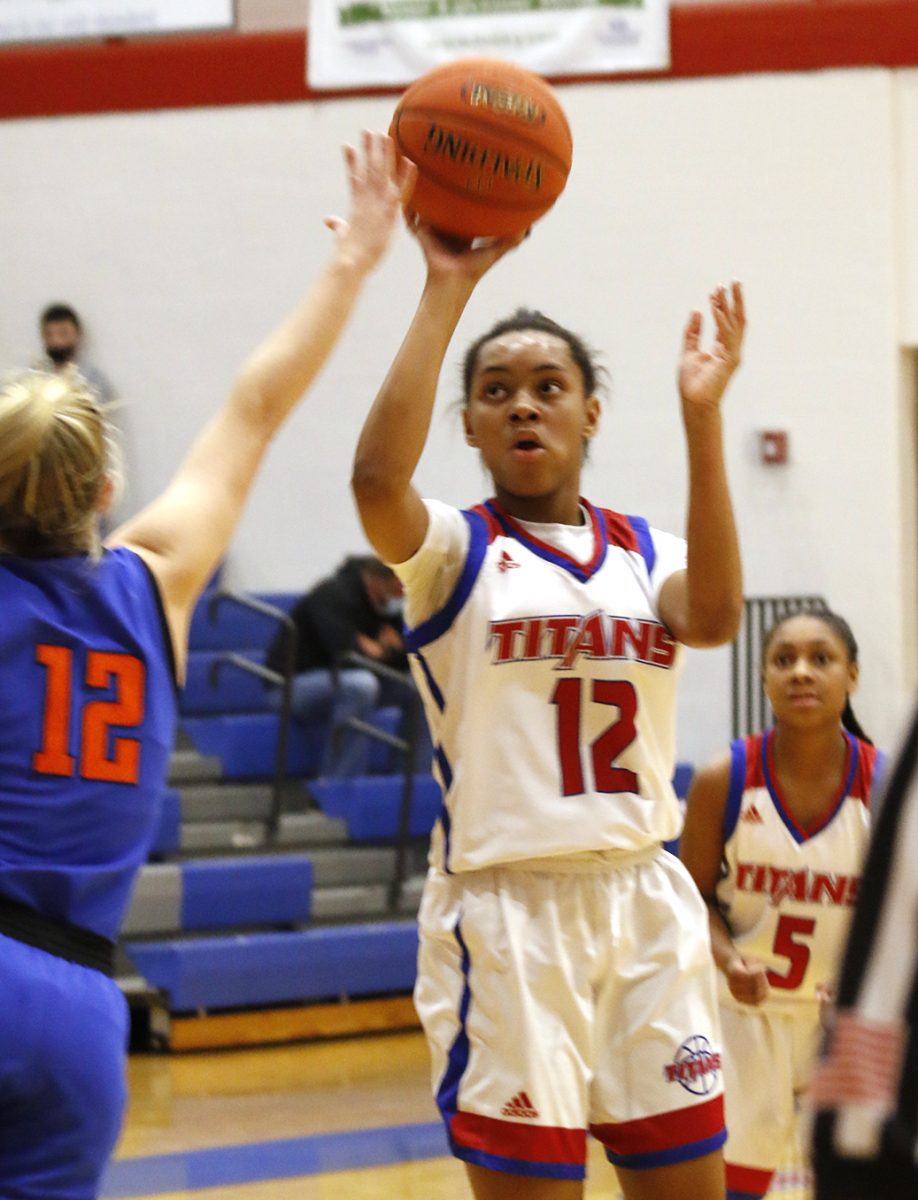 The Mercer County Lady Titans (6-7) lost a shooting war against the Lady Warriors of Southwest Pulaski (14-3) on Saturday, Feb. 27.

The fans left entertained Saturday night regardless of the team they cheered for. Southwest dropped eight three-pointers in the first half and Southwest senior Alexa Smiddy ended with 28 points. Sophomore Timberlynn Yeast refused to be outworked and scored 33 points, with only one trey and the rest on hard fought drives and foul shots.

“Timber had a really big game Saturday,” said Head Coach Hayley Spivey. “She excels at pushing the pace of the game and getting to the rim. I was very proud of her effort on the court. She does a really good job at drawing attention and getting others involved. She came up big for us in some crucial moments and that’s a very positive thing to see from a sophomore.”

Southwest led in the first minutes of the first quarter until sophomore Lindsay Jessie hit a three-pointer and tied it up, 13-13, at the 3:51 mark. Southwest went on a 12 point scoring run until Mercer called time out. Sophomore Anna Kate Drakeford hit a shot and followed with a trey to close the gap at the end of the first quarter, 27-20.

Yeast hit a three-pointer to cut the lead to four points, 27-24, but Southwest answered with three treys of their own and jumped out 38-28. Teigh Yeast broke Southwest’s streak with a three-pointer. Sarah Dunn was fouled at the buzzer after a hard put back and added a foul shot to cut the Lady Warriors’ lead to six, 48-42, at the half.