20-Percent Of Registered Voters Have Already Cast Their Ballots 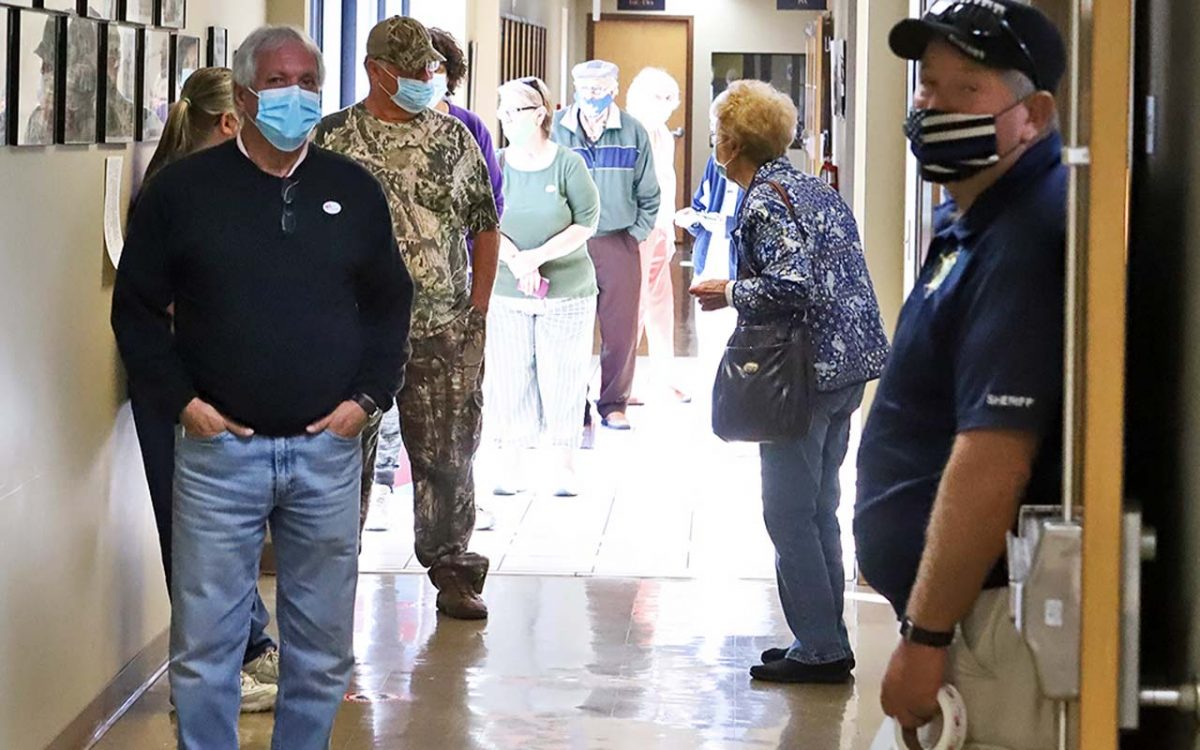 Voters lined up for the first day of early voting.

At least 20-percent of Mercer County’s registered voters have already cast their ballots for the 2020 election.

According to the Mercer County Clerk’s Office, 3,684 county residents had voted by Tuesday morning. That’s roughly 20-percent of the 18,744 people registered to vote in Mercer County.

And while there have been no scenes here matching the long lines seen in Florida, Texas and other states, it shows that local voters are just as excited to make their voices heard as they are across the nation.

Next week, voters will decide if President Donald J. Trump, a Republican, will be re-elected or if the Democratic challenger, former Vice-President Joe Biden, will be sworn in as the 46th president of the United States. The 2020 presidential race has been one of the most polarizing events in recent political history.

Americans have already cast 66 million early ballots, 19 million more pre-election votes than were cast in the 2016 election, according to the U.S. Elections Project. The project predicts 150 million people will vote this year which would be a turnout rate of about 65-percent, the highest since 1908.

Here in Kentucky, the equally contentious race between Republican Sen. Mitch McConnell and his Democratic challenger, Amy McGrath, will also be decided next week.

Locally, there is only one contended office, with five candidates running for four seats on the Harrodsburg City Commission.

On the flip side of this year’s ballot, there are two amendments to the state constitution for voters to consider. Amendment 1 establishes a section to the Kentucky Constitution related to crime victims, also known as Marsy’s Law, and Amendment 2 changes the way voters elect some state court officials.

Voters still have time to cast their ballots before election day and here’s a quick guide.

Ballots must be postmarked by Tuesday, Nov. 3, by 6 p.m. and received no later than Friday, Nov. 6, by 6 p.m. Voters can return their ballots in person at the Mercer County Fiscal Courthouse (207 West Lexington Street) before 6 p.m. on Election Day.

Ballot tracking information can be found online at https://vrsws.sos.ky.gov/vic.

Early in-person voting will be available at the Mercer County Fiscal Courthouse until Monday, Nov. 2. Voters may cast their ballots Monday through Friday from 8 a.m. to 4:30 p.m. and on Saturday, Oct. 31, from 8 a.m. until noon.

Mercer County will have five countywide voting centers. All precinct ballots will be available at each location on Election Day, Tuesday, Nov. 3, from 6 a.m. to 6 p.m.

For more information, call the Mercer County Clerk’s Office at 734-6310 or visit online at mercer.countyclerk.us.