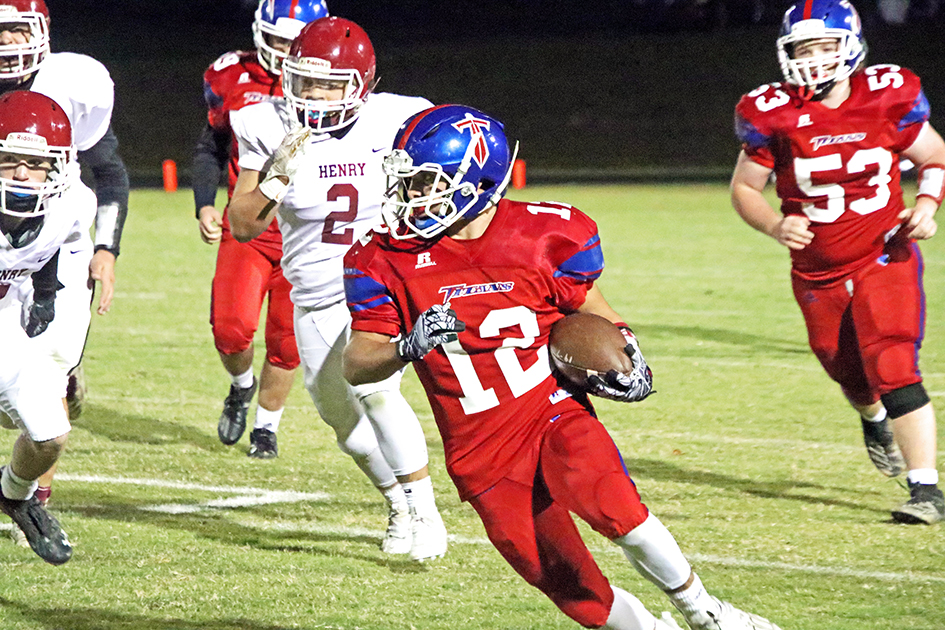 Titan Jackson Peavler cut loose and scored one of his two touchdowns for the night against Henry County. (Image: Sam Warren).

The Titans proved to be a level above their district rivals Henry County accumulating 468 yards of total offense throughout the night, while only allowing the Wildcats 180. Much like the Titans game last week against South Laurel, the only way Henry County could keep the Titans out of the endzone was by keeping their own offense on the field, in long drives that Mercer County was unable to stop.

“First of all, I want to give them credit,” said said Mercer Head Coach David Buchanan. “There are too many times in football that we don’t give our opponents credit. They really got after us. They blocked their butts off. Fundamentally there were some things we weren’t doing well, and we’ll just have to tweak some things.”