A local man is in jail facing weapons and domestic violence charges after an incident this weekend.

Police were sent to Greenwood Drive on a domestic dispute complaint on Saturday, Sept. 5, at 10:25 p.m. 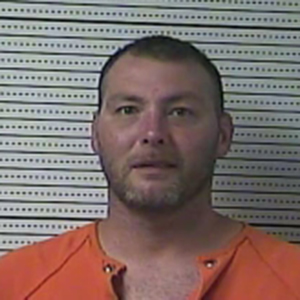 The suspect, who was found in the bathroom, had no visible injuries, according to police. There is an active court order against the man in place for further acts of violence, according to the citation.

The suspect, Travis Lee Jacobs, 37, of Harrodsburg, is a convicted felon. Police found a loaded AR-style rifle in the basement and two handguns, a Glock and a Hi-Point pistol, in the bedroom, according to the uniform citation.

Jacobs was arrested and charged with possession of a handgun by a convicted felon, possession of a firearm by a convicted felon, 4th-degree assault—domestic violence (minor injury), 1st-degree strangulation, 2nd-degree unlawful imprisonment and violating a Kentucky EPO/DVO. He is being held at Boyle County Detention Center on a $25,000 bond. Patrolman Brandon Cook of the Harrodsburg Police Department made the arrest.