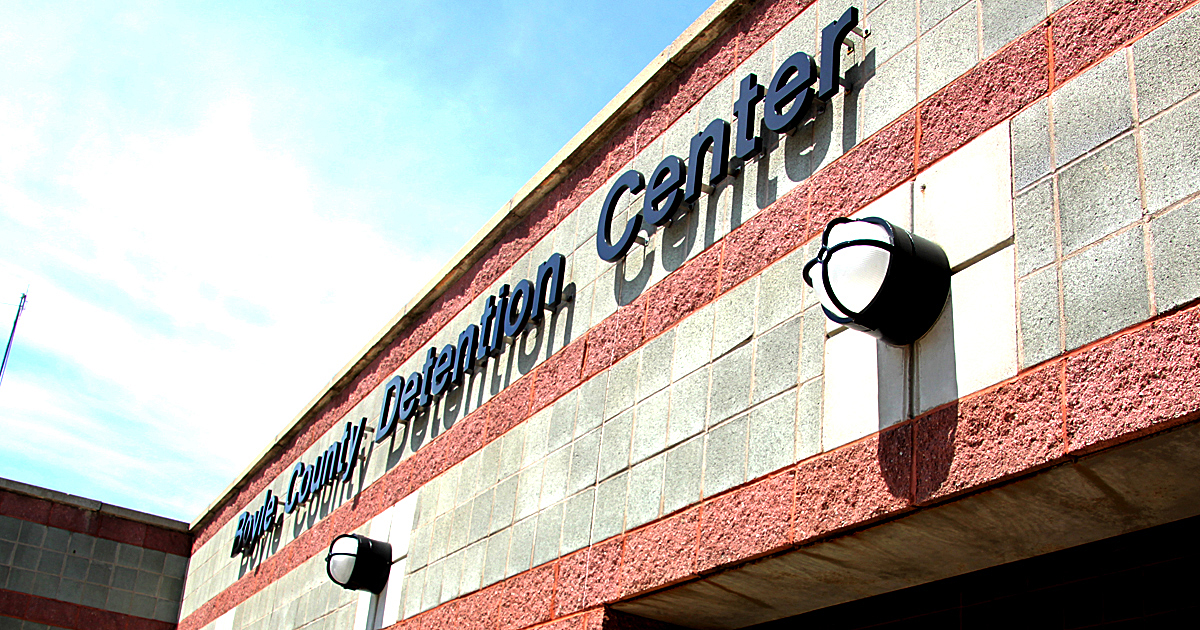 While some Boyle County officials have questioned the legality of the joint jail agreement, an attorney said he believes the pact is “lawful,” according to a report in the Danville Advocate-Messenger.

In July, Boyle County Jailer Brian Wofford told the Advocate there were “big issues with the contract” which was passed by the fiscal courts of both Mercer and Boyle Counties back in 1996.

Wofford failed to appear at last month’s joint jail meeting, but he sent an email where he complained that “Mercer County’s contribution to the cost of the detention center is only 27-percent yet Mercer County controls 40-percent of the votes on the joint jail committee.” In the email, Wofford said Mercer County Attorney Ted Dean had argued against the need to establish mental health services, which Wofford said are mandated by state law.

“Had Mr. Dean succeeded in his attempt to have the mental health services removed from the joint jail budget, this may have been sufficient grounds to charge me with misfeasance in office,” Wofford wrote.

Under the interlocal agreement, Boyle has three votes while Mercer has two.

Last week, officials from Mercer and Boyle met with Rich Ornstein, a staff attorney for the Kentucky Association of Counties.

According to the Advocate, Ornstein said, “In my mind this interlocal agreement is lawful.”

This is what Mercer officials have maintained since the beginning of the dispute.

Ornstein said, if he had been present when the agreement was first drafted, he would have changed some of the language of the agreement, especially those which define Wofford’s role. According to the Advocate, the jailer is referred to as a chief operating officer, like the head of a regional jail. Ornstein said the Boyle County Detention Center is not a regional jail. It’s a local jail.

While saying some of the language could be tweaked, Ornstein called the interlocal agreement “a good agreement.”

“It could be a model for the commonwealth because you all are working together to deal with the issue,” Ornstein told the officials.

Mercer County Judge-executive Milward Dedman agreed. He said the joint jail committee and the two fiscal courts work as a financial arm, setting the budget, while Wofford runs the jail as he sees fit.

“As far as daily operations, that’s his responsibility,” Dedman said. He said he would have no objection if Boyle County wanted to change the language in the interlocal agreement to make that more clear.

While Wofford did not attend last week’s meeting—nor did he attend the last meeting of the joint jail committee—Dedman said dialog between officials from both counties have been good.

“I think we basically agree that we have a joint jail,” he said.

Officials from both counties will meet again to discuss the issue further later this month. The next meeting of the Mercer-Boyle County Joint Jail Committee will happen on Friday, Sept. 18, at Boyle County Fiscal Courthouse.

On Tuesday, the Mercer County Fiscal Court set the rate for the removal of dead animals at $25 a head. There will be an extra $10 charge for return visits if the fee could not be paid the first time.

The fiscal court also voted to repeal ordinance 96-57, which concerns the carrying of concealed weapons. The ordinance, which dates back to 1996, is being amended to bring it in line with current state law. The magistrates will give it second reading at their next meeting on Tuesday, Sept. 29, at 10 a.m.