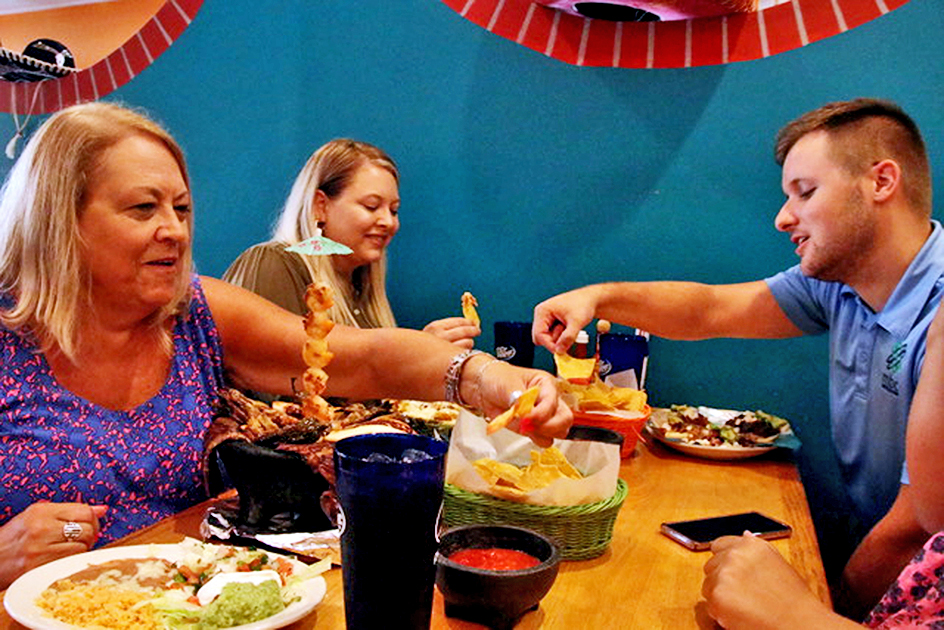 Diners enjoy a meal at La Casa Grande in Harrodsburg. Local restaurants will have to pay restaurant taxes for March, April and May. (Stock image).

A city resolution that allowed restaurants to keep the restaurant tax appears to be invalid, according to the attorney general’s office. Local eateries that have not already done so will have to pay taxes for March, April and May.

In March, the Harrodsburg City Commission voted to allow local restaurants to not pay their restaurant taxes for March and April to the Harrodsburg-Mercer County Tourist Commission. The resolution, which passed unanimously, also barred the tourist commission from assessing late penalties for taxes due for February. The city commission later expanded the resolution to include May.

The tourist commission asked for an opinion on the legal validity of the resolution in April.

In an opinion dated Aug. 20 written by Assistant Attorney General Charles A. English, the resolution was found to be void under state law “because ordinances may only be amended by a subsequent ordinance that sets forth the amendment at length,” not by a resolution.

Notwithstanding the procedural deficiencies cited in the opinion, English wrote the resolution is also invalid because it directly contradicts state law, “by ordering restaurants to retain tax moneys collected.”

The original restaurant tax ordinance, which set that tax at 3-percent of retail sales, was passed by the Harrodsburg City Commission back in 2007. Citing the 2017 lawsuit, “August Properties LLC vs. City of Burgin,” English wrote that actions taken by cities that are “inconsistent with the actual ordinance, are simply null and void.”

While the opinion found that the resolution violated state law, English called the city commission’s objective of protecting local businesses hard hit by the pandemic “commendable.”

“Nonetheless, the law must be followed at all times, including during a pandemic,” English wrote.

Harrodsburg City Attorney David Taylor said he hadn’t read the attorney general’s opinion. Taylor said the time period had passed and the question now is whether the restaurants should pay the taxes.

He defended the action taken by the city commission.

“It was done to help a class of businesses here in the community,” Taylor said. “We were trying to do everything we could to make sure they could serve the public.”

Mike Inman, chair of the tourist commission’s board of directors, said the board will review at their meeting on Wednesday.

“Our overriding concern is for the financial health of our restaurants and food vendors,” Inman said via email. “My recommendation to the commission is that we send a letter to all food vendors that submit the tax notifying them of the attorney general’s opinion, and request that they submit to the tourist commission any taxes collected during March, April, or May, and not already paid to tourism.”

While restaurants—many still struggling to recover income lost during the pandemic—will be on the hook for  taxes that were collected but have not been paid to the taxing authority, they will not owe penalities, he said.

“It appears the provisions of the ordinance waiving penalties, and allowing the restaurants to suspend collecting the tax, are valid,” Inman said. “According to the attorney general’s opinion, it is clear that if the tax was collected it must be submitted to the taxing authority, or in this case, the tourism commission. Again, we are supportive of our restaurants and the difficulties they face.  But we must do our best to comply with state law.”

Harrodsburg Mayor Art Freeman offered no opinion on the decision.

The mayor said the city and the tourist commission, which collected the restaurant tax until July 1, will talk with local restaurants.

“We will notify the restaurants and vendors (with assistance from the tourist commission) that did not pay the tax of the  attorney general’s opinion and inform them that they should submit the tax and required forms to the city as soon as possible,” he said.

His advice to local restaurants?

“Send the required tax and forms to the city as soon as possible to avoid possible action,” Freeman said.