Anderson Dean Community Park announced the hiring of a new director as well as a new program coordinator. 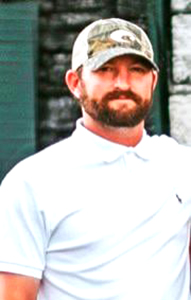 Jeremy Turpin will start as the park’s new director on Tuesday, Sept. 1. Turpin, who holds a masters in management from St. Catharine College, was also the assistant baseball coach for Midway University. A native to Anderson County, Turpin has worked in a variety of positions for other community parks.

“My first goal will be to clean up, renovate and get the park back to being one of the best parks in Kentucky,” said Turpin. “I also want to add community involvement such as Food truck Fridays, movie nights and more.”

Turpin said he hopes to implement new programs in 2021.

“Eventually we would like to update the pool as well,” said Turpin. “We have bigger and better plans in the works.

He said he looks forward to working with the park’s new program director, Don Wilburn, to bring new life to leagues and tournaments.

“Anderson-Dean is capable of bringing so much more to the community,” said Wilburn. “We are going to try to do more than just baseball tournaments, we want to add volleyball, 3-on-3 basketball, soccer and more to the Park.”

Wilburn comes to the park with extensive experience as a professional tournament director. He will be responsible for running leagues and working with travel teams.

“I am looking forward to working with the community and listening to ideas. I am open to new input,” said Wilburn. “My number one goal is to improve the economic development of the park.”

Joni Horn, the chair of the park, board said she thinks the park hit a grand slam hiring Turpin and Wilburn.

“The hiring committee filtered through hundreds of applications and gave their best attention to what was best for Anderson Dean Park.  We interviewed some great candidates and the decision was extremely difficult,” said Horn.  “The future is bright for Anderson Dean Park and we know the community will enjoy the direction our park is headed in.”

Horn thanked the community, city and county for support during their financial and organizational difficulties.

“We want to thank our community for their support over the last five months as the board has worked together to keep the park as functional as possible without any full-time employees,” said Horn. “The city and county have been instrumental in helping us make this happen through their help financially and labor for mowing.”

Horn said the goals for the new director and program coordinator included two tournaments a month specifically for the park starting in 2021.

“Anderson-Dean will be hosting two tournaments a month for baseball and softball.  We will also organize select soccer tournaments and other various sports tournaments which may include adult softball, adult volleyball and adult flag football,” said Horn. “Mr. Wilburn has worked hard to build his business as a professional tournament director and our board feels confident that he can maintain professionalism if he chooses to host tournaments on his own time.”

Rental dates for 2021 will be available once scheduling begins in October. 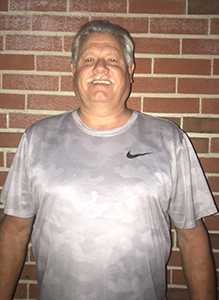 Wilburn will be compensated $30,000 annually with no benefits for his position at Anderson-Dean.

“Don will coordinate all sports and field rentals for the park.  He will direct and coordinate all Select sports tournaments hosted by Anderson Dean Park,” said Horn.  “He will work directly with youth sports leagues as well as be the coordinator for all sports ran through the park.  He will also market our park to increase enrollment in our activities and leagues.   Don brings a wealth of knowledge to us as a seasoned select baseball tournament director and self-employed business owner.  We look forward to him re-branding and marketing our great park.”

Turpin will receive a $35,000 annual salary as well as $500 insurance allowance and a $50 cell phone allowance. In addition, the park will make a three-percent contribution to his IRA retirement account, Horn said.

“Jeremy will be responsible for the daily operation of the park, overseeing park employees, grounds and maintenance, balancing the budget, increasing revenue, and controlling expenses,” said Horn.  “Jeremy will have a list of obtainable goals that the park board will help implement for an improvement in revenue and infrastructure of the park.  Jeremy will bring innovative ideas to capture the needs of our community and those who utilize our park.  His experience in his previous role at a central Kentucky park will bring the expertise we need to accomplish these goals.”

The next regular meeting of the Anderson-Dean Community Park Board is scheduled for Monday, Sept. 14, at noon.