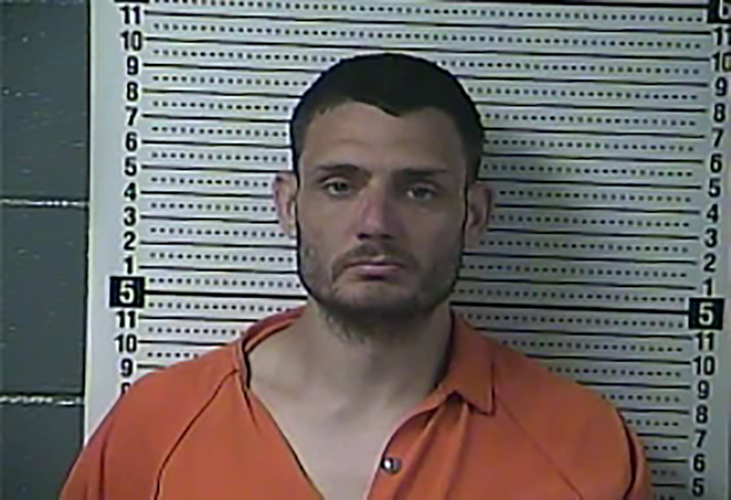 A local man is in jail after going on what appears to be a drug-fueled rampage this weekend, damaging local businesses, homes and vehicles.

At around 1:18 a.m. on Saturday, Aug. 15, officers from the Harrodsburg Police Department received a report that a man broke a window at West Factory Street and fled.

Burrows had had a busy night. He attempted to break into the Harrodsburg Herald as well as several other businesses, residences and vehicles. 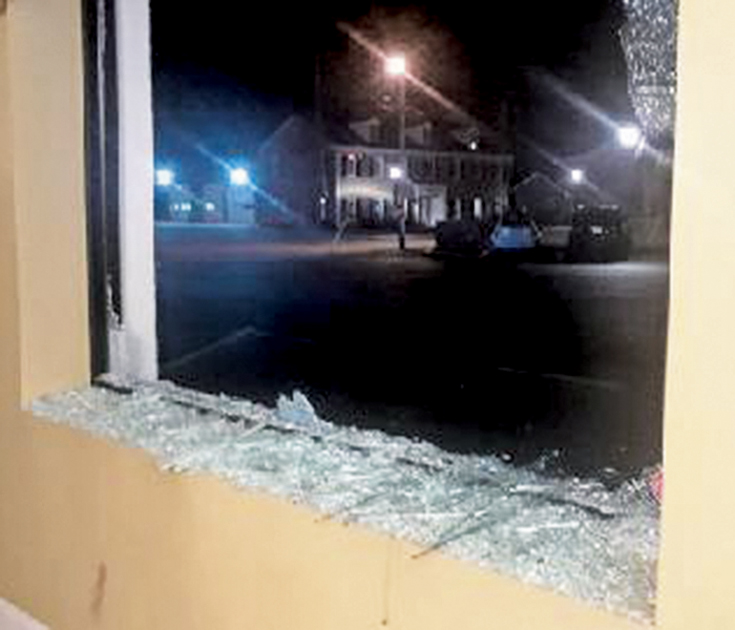 Kenneth Burrows is accused of smashing out windows at Sims Funeral Services and damaging office equipment. He went on to smash the windshield of a MCSO cruiser and broke into the fiscal court building. (Image submitted by Genie Sims.)

He smashed out the front door and window at Sims Funeral Services. Genie Sims said Burrows didn’t steal anything, but he did severely damage office equipment.

Burrows also smashed the windshield of a cruiser at the Mercer County Sheriff’s Office and broke into the Mercer County Fiscal Courthouse. According to Judge-Executive Milward Dedman, Burrows didn’t manage to get into any of the county offices, but he left a trail of  blood everywhere he went.

“It was a bloody mess in here,” Dedman said.

According to the uniform citation, Burrows “appeared to be under the influence of drugs due to his behavior and his disregard for the severity of his injuries.”

He appeared to be confused and acted aggressively towards the police. According to the uniform citation, officers had to forcibly restrain Burrows until Mercer County Emergency Medical Services arrived to transport him to the hospital.

Initially taken to Ephriam McDowell-James B. Haggin Memorial Hospital, Burrows continued to act aggressively. He was then transported to UK Albert B. Chandler Hospital in Lexington for further treatment.

This is not the first time police have tangled with Burrows, who has a criminal record extending back to 2007, according to the BCDC website. On May 24, 2019, Burrows, a self-styled mixed martial fighter, was involved in an altercation with several police on West Office Street.

He was released from jail in March of this year