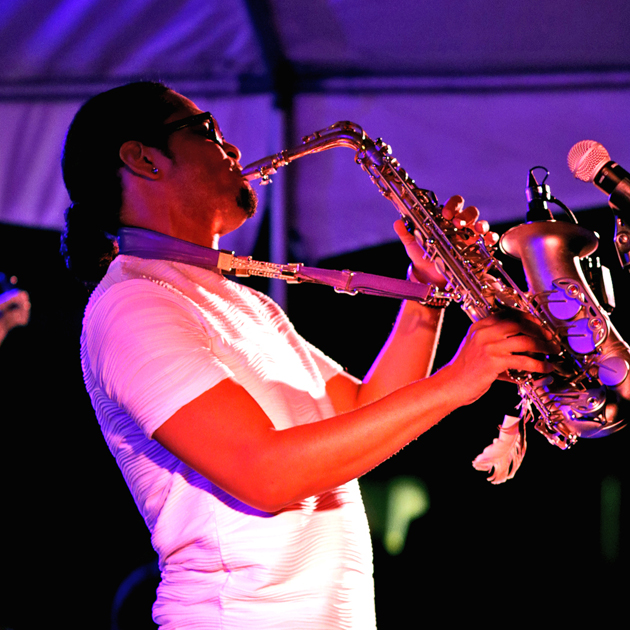 The Harrodsburg Herald/Robert Moore
While this year’s jazz festival has been canceled, organizers hope to hold a series of smaller concerts this September, based on how the COVID-19 pandemic is progressing. Pictured: Saxophonist Adrian Crutchfield headlined last year’s Jazz Festival.

Several of the area’s biggest events have been canceled due to the ongoing COVID-19 pandemic.

The organizers of Oktoberfest and the Fort Harrod Jazz Festival have announced via Facebook that they are canceling the events this year. In addition, The Great American Brass Band Festival has been canceled until 2021 and the Big Jack Pearson Memorial Car Show, which was scheduled for this weekend, has also been canceled.

Allen Goldie, chairman of the board of directors for the Harrodsburg First Main Street Program, which puts on Oktoberfest, announced the cancellation last week. Oktoberfest, which was scheduled to begin on Friday, Oct. 9, is usually one of the biggest weekends for downtown restaurants, which are already struggling with the drastic downturn in business since the beginning of the pandemic.

The event, which began in 2016 and turned its first profit last year, has drawn thousands of visitors from all over the nation and even from around the world.

In the Facebook post, Goldie said the board made the decision to shut the festival down after weighing  guidance from the Centers for Disease Control and Prevention and the state mask mandate  limitation on gatherings which was renewed for another month by Gov. Andy Beshear last week.

“Discussions with health department officials led the board to the conclusion that there is no economically feasible way to minimize the risk of exposure to the virus at what has become one of Central Kentucky’s largest street festivals,” Goldie said in the statement.

“We observed other local events that were approved, only to be told after a surge that they should not occur and determined that there is too much planning and financial outlay in an event of this magnitude to take the risk” said Goldie. “We realize this action will only increase the loss of revenue experienced by our local businesses, but we simply cannot envision a scenario where our community could enjoy the festival atmosphere, while, at the same time adhere to social distancing and mask requirements at an event that features live music, good food and popular drinks.” 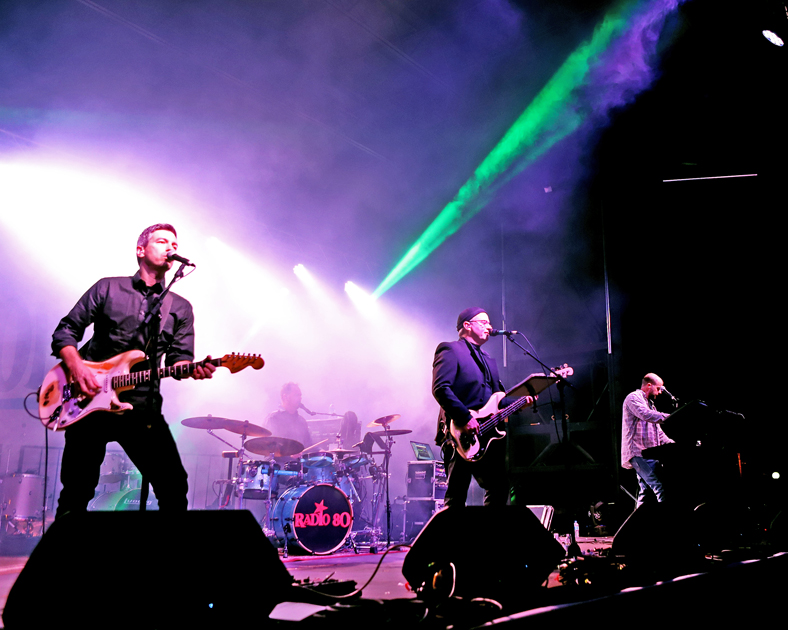 Radio 80 were the headliners at last year’s Oktoberfest, which was the first time the downtown event has generated a profit since its inception in 2016. While this year’s Oktoberfest is canceled due to the COVID-19 pandemic, organizers say the event will return next year.

The 2020 Fort Harrod Jazz Festival, which was scheduled to begin Sept. 18, is also canceled.

The Fort Harrod Jazz Festival brings in musical talent from across the state and nation with growing numbers each year. From its inaugural year, it has grown from a one day to three day event.

“To fully support the State and Local Government guidance on mass gatherings considering rising COVID cases, the decision was made that we should not proceed with an event drawing thousands of attendees,” said Sam Carr, chairman of the Jazz Festival committee.

However, the festival’s board of directors say they still hope to hold a weekend jazz concert series on a smaller scale later this fall. That depends on there being a reduction in COVID-19 cases.

The Big Jack Pearson Car Show, which was scheduled for Saturday, Aug. 15, has also been canceled. The car show is usually a part of the Pioneer Days Festival at Old Fort Harrod State Park. Pioneer Days has been canceled as well.

The Great American Brass Band Festival, which includes concerts at Beaumont Inn and Shaker Village of Pleasant Hill, has been canceled until 2021

The board of directors for the festival made the final decision to cancel any 2020 events, and instead postpone until the scheduled 2021 date of June 10-13.

The COVID-19 pandemic, which has so far infected over 20 million people and caused more than 736,000 deaths, has led to the cancellation or postponement of events around the world.

The 2020 Summer Olympics, which were scheduled to be held in Tokyo, Japan, have been moved back to next year.

The 2020 Kentucky Derby has been moved to Sept. 5, only the second time since 1875 it has been moved from its traditional date on the first Saturday of May.