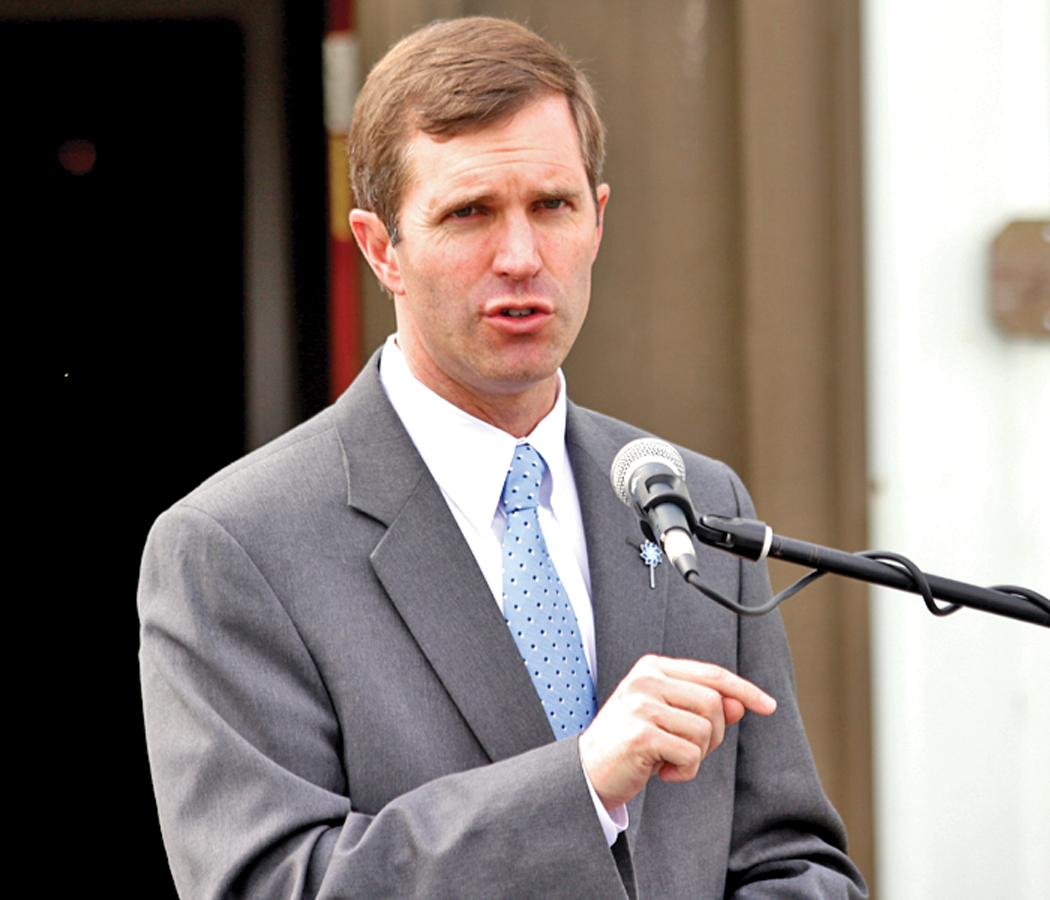 “Our recommendation today is that schools wait to begin in-person classes until Sept. 28,” Gov. Beshear said. “Yes, that’s six weeks from now, but it’s also six weeks from what I hope is the peak of this virus, six weeks from the last three weeks where we have been at an all-time high week in and week out, six weeks from a time when we just had a six-percent positivity rate.”

The governor said his decision was driven by four factors: Kentucky’s surging cases, an increase in infection rates among children across the U.S., families continuing to travel out of Kentucky for vacations and the experience of school districts in other states.

While Georgia Gov. Brian Kemp said the first week of in-person instruction in his state’s schools had gone “real well,” North Paulding High School has switched back temporarily to online instruction after nine people tested positive for the coronavirus. At another school system, more than 250 students with potential exposure have been sent home to quarantine, according to Politico.

Gov. Beshear said opening and shutting down schools as have happened in Georgia and Indiana is too disruptive for effective education.

“You don’t send your kids to schools for three days. It shuts down. It takes a week and a half to start distance learning,” he said.

Schools can begin online learning, the governor said. The two biggest school systems in Kentucky, Jefferson County and Fayette County, have both announced they will start the school year with virtual instruction. Locally, both Mercer County and Burgin Independent Schools have given parents and students a choice between in-person and online classes.

Beshear said he had spoken with superintendents who talked about the need for a solid plan.

“Hopefully this give more certainty to help superintendents make the best decision they can,” he said.

Beshear also announced new guidance for Kentucky’s restaurants and bars. Starting Tuesday, Aug. 11, bars can reopen and restaurants to increase their indoor seating to 50-percent of capacity, as long as people can remain six feet from anyone who is not in their household or group. Customers in both bars and restaurants will be required to remain in their seats, except when entering, leaving or using the restroom.

Bars and restaurants will also be required to halt food and beverage service by 10 p.m. and close at 11 p.m. local time.

For more, visit Healthy at Work.

Gov. Beshear said there were at least 275 new cases reported Monday, but he said that number was low due to a technical issue with the state’s data collection system.

“Today’s number needs to have a giant asterisk on it, because we know that number is higher and will change,” said the governor, who blamed the issue on a computer glitch caused because the contractor, Deloitte, changed the way the computer system operated. He said it may have impacted Sunday’s number, when 425 new cases were reported, creating duplicate cases. Beshear said the state is not releasing any of the contested cases until they’re sure they’re accurate. He said there have previously been issues with lab reporting, but this is the first technical glitch the state has experienced.

The governor said state workers perform audits and eliminate duplicates but he said the numbers were not going to be perfect.

While the pandemic has seen an epic increase in the number of armchair epidemiologists, the governor said doubting the numbers was like “putting your head in the sand.”

“Don’t try to disbelieve that there’s a worldwide pandemic out there,” he said.“The numbers in the aggregate tell us where we are.”

Beshear said the statistics that will be updated later this week.

In addition, the governor announced two new deaths Monday, the youngest a 60-year-old woman from Graves County. That raises Kentucky’s death toll to 775.

According to the state, at least 700,417 coronavirus tests have been performed in Kentucky. The positivity rate, which is based on a seven-day rolling average, is 5.71-percent. At least 8,738 Kentuckians have recovered from the virus.

Across the world, there have been over 20 million confirmed cases, with 737,863 deaths. So far, over 13 million people have recovered.

In the U.S., which remains the epicenter of the global pandemic, there have been over 5.2 million confirmed cases, with 48,810 new cases reported by press time Monday. According to Worldometers,info, 166,160 Americans have died, including 537 new cases by press time, while over 2.7 million have recovered.

Locally, there are 14 cases, with four people hospitalized. According to the Mercer County Health Department, there have been 90 confirmed cases, with 76 people having recovered. So far, no one from Mercer County has died from COVID-19 or a COVID-19 related condition.