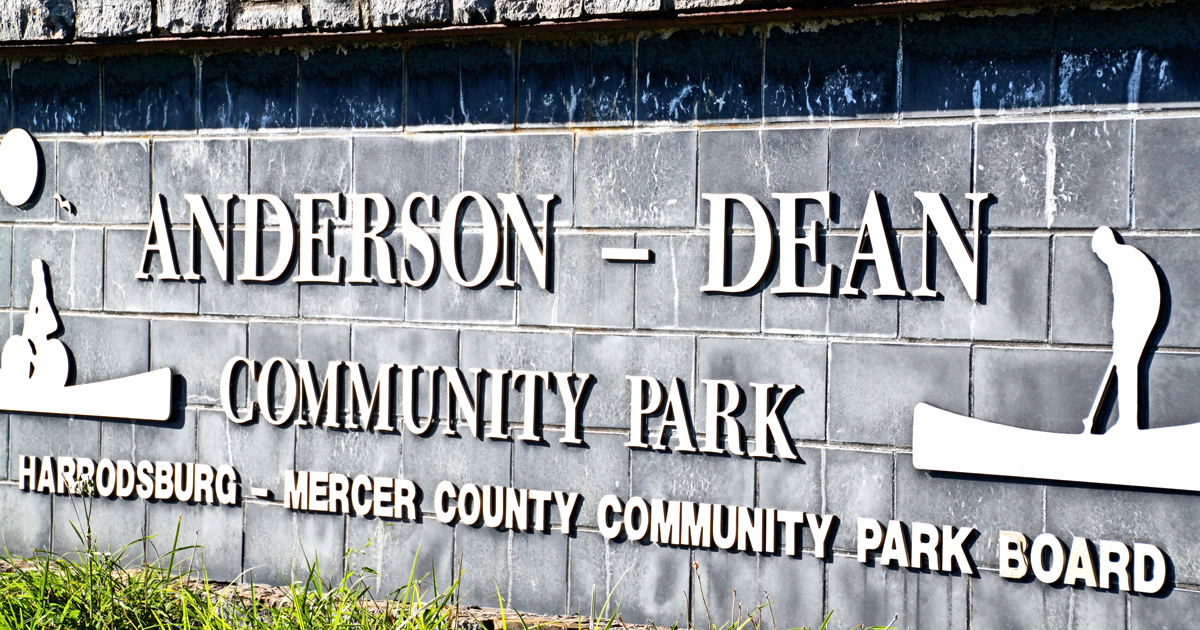 Mike Steele, Joni Horn and Denise Spencer of the Anderson-Dean Community Park board of directors gave the Harrodsburg City Commission an update on the park Monday night.

Except for hikers, the park has remained empty for much of this year due to statewide restrictions designed to stop the spread of COVID-19. Earlier this year, the park furloughed all of its employees and the park manager resigned.

Mike Steele said the park had basically been operated by the park board during that time, with assistance from workers from Harrodsburg and Mercer County as well as volunteers. He said they’d recently had three tournaments and had brought back two park employees, who were only working 24 hours a week.

During the lockdown, the only people to use the park were walking, Steele said. He said they had had issues with people using the volleyball and basketball courts, even though the courts had not been opened.

Joni Horn, who chairs the board of directors, said they had started a Facebook page for the park, but they don’t have many followers.

Commissioner Charlie Mattingly asked them to contact other parks to see how they are handling things. Horn said other parks have reopened their basketball courts.

“What do you want from us?” Mayor Art Freeman asked.

The board members said they are worried about the park’s budget. Most of the money for the park’s budget has been drawn from the restaurant and transient taxes. Earlier this month, the Harrodsburg-Mercer County Tourist Commission committed to paying $92,000 a year in monthly installments. The board members said the Mercer County Fiscal Court has committed to pay $120,000 a year. They said the county had already presented them with a $30,000 check.

Steele said if the virus passes and the spring season is back to normal, the park would still be $59,000 short, including the cost of hiring a new park director.

On top of that, the park needs to replace an HVAC system and a mower for next spring.

“We need a director in there in the fall to get us in the black by the spring,” Horn said.

Freeman said he received a commitment from a member of the tourist commission to fund the park at the full $125,000, although he said that didn’t come from the entire commission. Horn said she had been invited back to tourist commission meeting on Wednesday.

He said the city is supposed to get their last half of the restaurant tax under the old agreement for April, May and June. He said the city commision would do their best to give most of that money to Anderson-Dean.

“It’s a community park and we are part of the community,” Freeman said. He said the city intended to support the park, including cash and in-kind contributions.

In addition, the commissioners heard from Pam Parks, who appeared at the last city commission meeting with several complaints. Parks said she didn’t get through her whole agenda on Andy Miner, a handyman better known as “Handy Andy.” Parks said Miner had sued her for defamation of character in Fayette County.

She continued to complain about Miner, who has installed security cameras on his property and passed pictures of what he has called drug deals onto elected officials and to the Harrodsburg Herald.

“He trespasses on everybody,” Parks said. “He just don’t stop.”

“There is not a danged thing we can do about Andy Miner,” Mayor Freeman said. “This body is not a judicial body.”

City Attorney David Taylor advised Parks to fill out a trespassing complaint against Miner with the county attorney. “That gets the ball started,” Taylor said.

“You’re not the only person to complain to me about Andy Miner,” Freeman told Parks. “I’ve had dozens.”

During last month’s community forum, Freeman was approached by representatives of a group called the Future Leaders Of Harrodsburg with a petition about the West Broadway Community Watch.

“People are very frustrated, I’m just the one coming to you to talk about it,” Parks said.“He’s causing so much havoc in the Black community.”

In addition, Parks complained about the lack of recreational activities for kids in Harrodsburg.

She said her concern is not for her grandchildren and not just Black children, but for all the children in the city.

• Agreed to visit Nancy Connelly’s property on  College Manor and see what could be done for her yard, which she said had not been properly repaired by contractors installing utility lines.

• Authorized Mayor Freeman to sign a contract with Springbrook for payroll automation software. By depositing wages directly into employee bank accounts, Freeman said it would save the city a lot of issues. The software will cost $11,172 initially with payments of $2,028 a year afterwards. Officials could give no date for when it will go into effect, but employees will be notified before the change. Employees can set up their own accounts.

• Agreed to make a $358 leak adjustment for a Lexington Road resident.

• Agreed to closure streets for the Big Jack Pearson Car Show on Saturday, Aug. 15, from 8 a.m to 4 p.m. and for the Buy Local Block Party on Friday, Aug. 21, from 3 to 10 p.m. pending final approval from state and the local health department.

After a discussion about people taking donations at local businesses, the commissioners asked Taylor to draft an ordinance.

The next Harrodsburg City Commission meeting will be at 6 p.m. on Monday, Aug. 10.