David Henderson Not Named As Defendant In Lawsuit

The mother of Jill Hurst, the innocent Anderson County woman who died after a high speed chase last year, has sued the law enforcement officers involved in the chase as well as the owners of Terrapin Hill Farm in Mercer County.

Christy Jane Hurst is suing on behalf of her daughter, Jill Tyler Hurst, who died Sept. 12, 2019, a week after a car she was riding in was struck by another vehicle which was fleeing police. Hurst was 18 years old when she died.

On June 10, 2020, lawyers representing the Hurst estate filed a complaint in Anderson Circuit Court against the officers involved in the chase—Capt. Scott Elder of the Mercer County Sheriff’s Office, Patrolmen Blake Darland and Brian Cloyd of the Harrodsburg Police Department and Officer Aaron Haden of the Lawrenceburg Police Department—their employers and Pete Cashel and Brenda Cashel, the owners of Terrapin Hill Farm.

Not named in the lawsuit is David Henderson, the driver of the vehicle that struck the one carrying Hurst. Henderson faces criminal charges for his role in the pursuit, including 1st-degree fleeing/evading police and 11 counts of 1st-degree wanton endangerment here in Mercer County.

At the time of the accident, a passenger in Henderson’s car told investigators he was high on LSD. According to the lawsuit, Henderson attended an event at Terrapin Hill Farm on Sept. 6, 2019. The lawsuit argues the Cashels failed to provide adequate security at Terrapin Hill Farm, which “permitted drug and alcohol use and resulted in intoxicated and impaired motorists” leaving the venue.

The complaint charges the law enforcement officers with negligently continuing their pursuit of Henderson “in violation of Kentucky Revised Statutes, standard operating procedures, police policy and without due regard for the safety of the other motorists.” Also named in the suit are the officers’ employers, the Mercer County Sheriff’s Office, the cities of Harrodsburg and Lawrenceburg and the cities’ police departments. They are charged with failing to “properly train” the officers “as to proper procedures conducting and/or continuing a high speed pursuit.”

The attorneys representing the estate, Stephen C. Blandford and Steven R. Romines of Louisville, are asking for a judgment against the defendants, individually and in their official capacity, for an amount which will fairly and reasonably compensate the estate.

Defense attorneys are asking that the lawsuit either be dismissed or amended in order to add Henderson as a defendant, arguing that “failure to join him as a party risks an inequitable outcome to this litigation.”

The attorneys representing the cities of Harrodsburg and Lawrenceburg, the Mercer County Sheriff’s Office and Officer Aaron Haden say “any negligence analysis conducted in this matter…must consider David Henderson and his actions on September 6, 2019,” and maintain that “none of the defendants presently named can be said to have acted negligently.”

Likewise, the attorney representing the Cashels and Top of the Knob Productions, which does business as Terrapin Hill Farm, deny the allegations and argue the lawsuit is barred under state law because Henderson is not named as a defendant. Their attorney, Robert E. Stopher of Boehl, Stopher and Graves of Louisville, is asking that the lawsuit be dismissed with prejudice.

Judge Charles R. Hickman of Anderson Circuit Court has not issued a ruling on the defense’s request to dismiss the case. 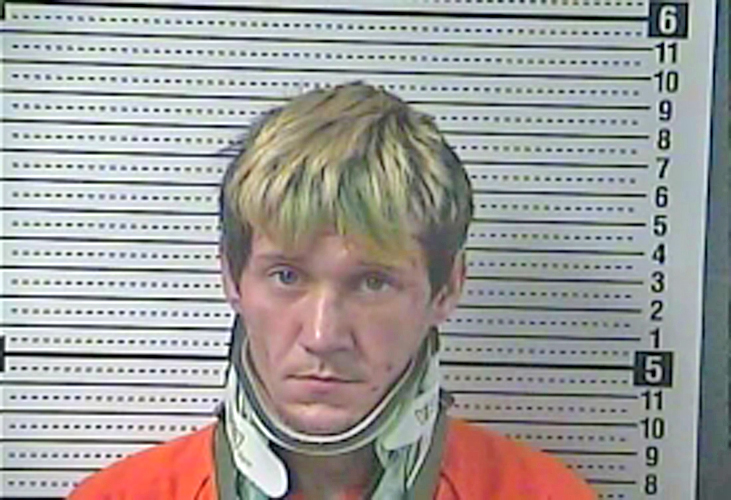 The chase that resulted in Hurst’s death began at 10:42 p.m. on Friday, Sept. 6, when Patrolman Brian Cloyd, who is no longer employed by the Harrodsburg Police Department, observed a 2013 Chrysler 200 swerving while traveling north on Louisville Road.

When Cloyd attempted to stop the car, the driver, David Earl Henderson II, who was then 30, sped away. In the ensuing chase, Henderson reached speeds of more than 120 MPH while changing lanes without signaling, according to the uniform citation. Henderson caused at least five other vehicles—including two school buses—to swerve in order to avoid hitting him. The chase ended in Anderson County when Henderson crashed into a Nissan Altima at the US 127-US 62 intersection. Three people were inside the Nissan at the time of the accident, according to the Anderson News.

Hurst was taken to University of Kentucky Chandler Hospital for treatment, where she died a week later from traumatic brain injuries sustained in the crash. She was on her way home from that evening’s high school football game with two other friends when they were hit by Henderson. Another passenger in the Nissan suffered a fractured spine.

Henderson and a passenger inside his car were also taken to UK for treatment. According to the uniform citation, when Henderson was taken from the car he had dilated pupils.

According to the same citation, a female passenger in his car told an EMT that Henderson was “driving while high on acid and didn’t want to stop because they had a small amount of marijuana in the vehicle.”

The Harrodsburg Herald reached out via email to the attorneys for comment. The lawyers either declined to comment or had not responded by press time.