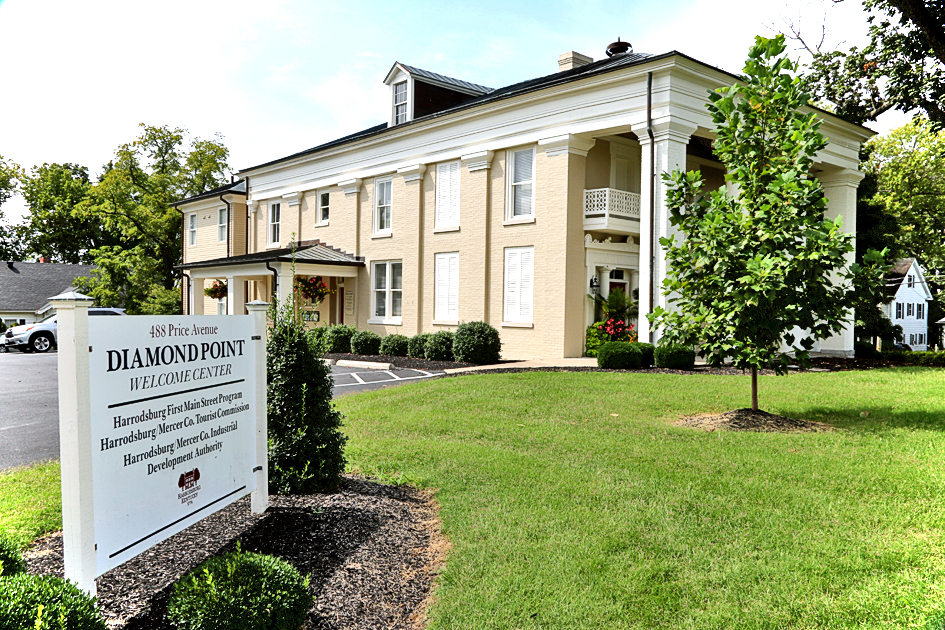 The members of the Harrodsburg-Mercer County Tourist Commission have found themselves in an unenviable position.

A new ordinance leaves the commission with total discretion over how the revenue generated by the restaurant tax is spent. However, those revenues are down due to the COVID-19 pandemic, and now local agencies which had relied on those funds are asking the tourist commission for help.

On July 17, Julie Wagner and Leslie Bosse of Harrodsburg First asked for funding for the agency.

Wagner, the Harrodsburg First executive director, said the group organizes events downtown like the Spooktacular Halloween Parade, the Night of the Great Pumpkin, the annual Christmas Parade, the new Main Street Market Nights and Oktoberfest, which is the most popular event downtown. Many local restaurants say the last event generates their biggest sales of the year. In addition, the Harrodsburg First design committee does beautification projects downtown, such as the flower pots. “We feel like we’re the best brochure you could have,” Wagner said.

She said Harrodsburg First had applied for funding from the Paycheck Protection Program through the Small Business Administration, but it was already gone.

Mike Inman, chairman of the tourist commission, said he would prefer to have Harrodsburg First to continue to organize events.

“It would be easier for us to fund you and have you do these things,” Inman said.

However, he said the tourist commission, who have also received funding requests from the Fort Harrod Jazz Festival and the Mercer County Fair and Horse Show, is being forced to make difficult decisions. With many restaurants at reduced capacity due to the COVID-19 pandemic, and some local eateries still closed, revenues were down. They had transferred $108,000 from their reserves into their operations account to help them get by. The group still has to hire an executive director. Karen Hackett resigned as executive director in May.

“We don’t know what the future holds and we have got to hire a director,” Inman said. “I’ve got a stack of requests right here from organizations asking for money.”

“I know you all are in a tough situation,” said Leslie Bosse of Harrodsburg First. But she said they had reserves, which are saved for a rainy day. “This is Harrodsburg and Mercer County’s rainy day.”

Next, the tourist commission heard from Joni Horn and Mike Steele of the Anderson-Dean Community Park.

Horn, who serves as chair of the park board of directors, said they had been unable to get a definite answer from the city about their new budget. She said they were worried the park was only going to get $92,000.

“We are at our wit’s ends,” she said. “We were highly counting on being fully funded by the city.”

Horn said the board was doing more than a board should have to do, including handling mowing and dumping garbage. She said the park has $5,000 in the bank. Last week, they had lost an HVAC unit.

Inman said the tourist commission is budgeting based on $92,000. “We don’t have the money to budget any other way,” he said.

Mike Steele said the funding is coming from the restaurant tax which had been distributed by the city. Steele said Mayor Art Freeman had assured him the tourist commission would be responsible for it.

He said three people have been running the park for the last three months.

“It’s almost become a full-time job for me,” Steele said. “Do Mercer County and Harrodsburg want a park or do they not?”

“Will $8,000 a month help you right now?” Inman asked. He said the tourist commission could offer a lump sum, but that meant the park wouldn’t get another contribution for a few months.

“I’m not going to turn down $8,000 a month,” Steele said. But he said he was worried if the city would make up the difference. Steele said the county had budgeted for $125,000 over the next year.

“We appreciate any contribution we can get from anyone,” Steele said.

The tourist commission approved making the monthly payment to the park. After they receive the park’s budget, they said they would consider making a lump payment.

Inman said the executive committee would meet with the city to create a prioritized list of projects the city has been funding.

The next meeting of the tourist commission will be on Wednesday, July 29, at 9 a.m.