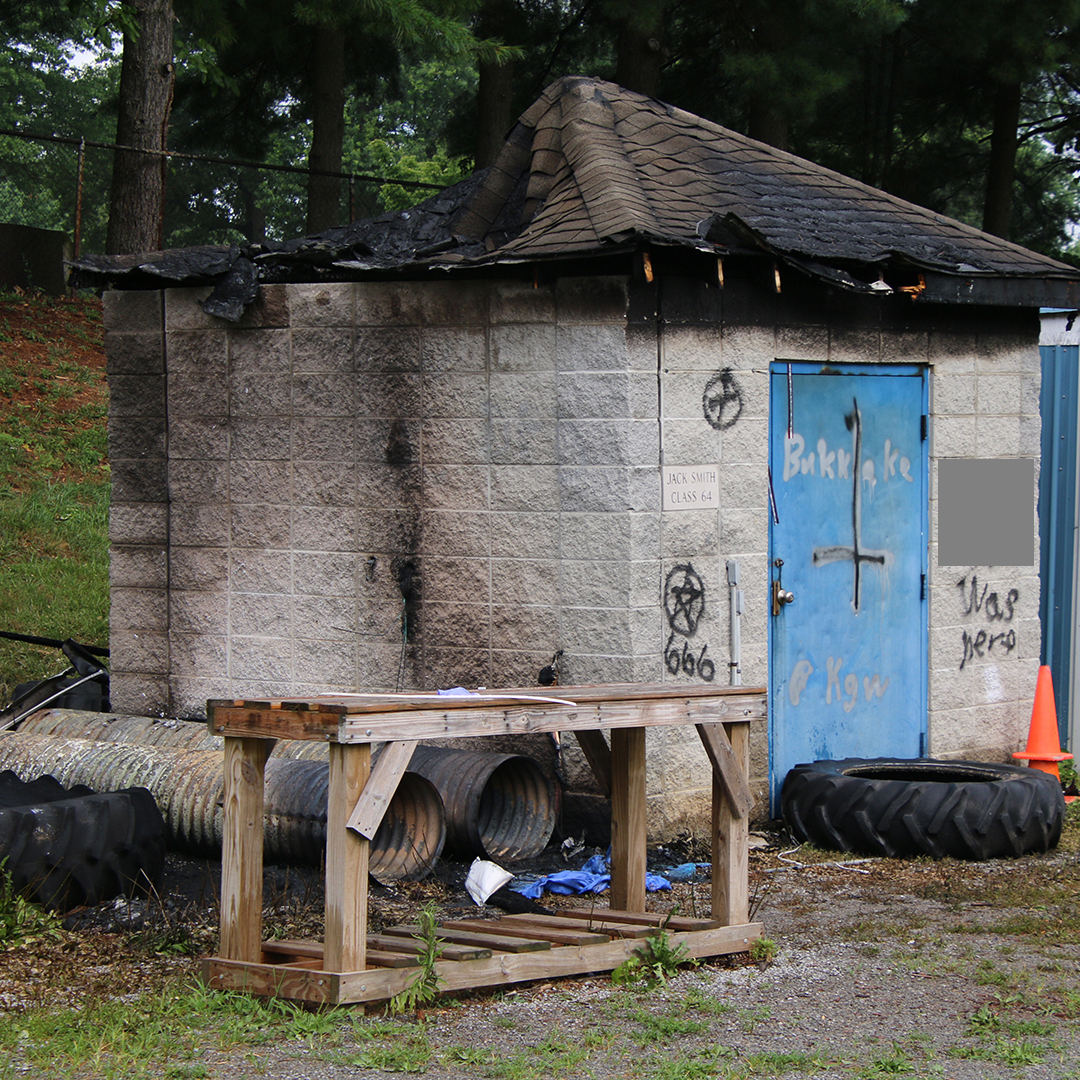 Harrodsburg Herald photo/ Sam Warren
Serious damage was caused by the fire, and police say it is far too early to discredit the possibility of an electrical mishap.

Danville High School football’s equipment building caught fire early Thursday morning. Firefighters were able to extinguish the flames but noticed an abundance of graffiti on both of the buildings that sit beside the football practice field.

The Danville Fire Department said yesterday that they have handed the case over to the Danville Police Department, but Police Chief Tony Gray says it is still a joint investigation, and that it is far too soon to assume vandalizing was the primary cause of the fire.

“We’ve not made that determination; as of right now we’re still looking at the causes of the fire,” said Gray, “because there was some graffiti found on scene there’s a possibility that it was intentionally set, but right now we are just approaching it with an open mind.”

Gray said that there had been no official report of previous vandalizing in the area but that the school had noticed some graffiti around campus the day before the field house set ablaze.

This is troubling news for the school, but it is especially disconcerting to Danville’s Head Football Coach Clay Clevenger.

“It’s just unfortunate. I don’t know why people do stuff like that, but it is what it is and they did, and so you’ve just gotta move on,” said Clevenger.