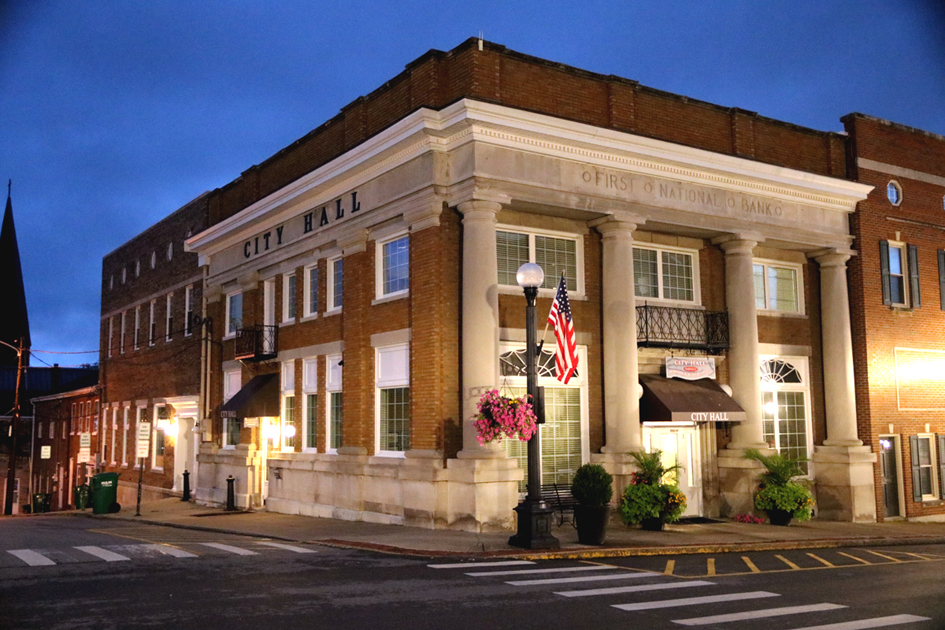 On Monday night, the Harrodsburg City Commission heard complaints about speeding, on how law enforcement handles complaints, about city parks and merchants dumpsters, about the city’s growing homeless problem and about fireworks.

The commission first heard from Andy Miner, who wanted to discuss the speed limit on Broadway, where he lives.

Miner is a handyman who is better known locally as Handy Andy. He said the security cameras on his property have recorded two accidents on Broadway. Miner, who leads a community watch program that has become controversial among the local residents, said he had an app on his phone that could calculate speed limits of vehicles. He said he caught one driver going 44 MPH.

Commissioner Scott Moseley said he had discussed increasing patrols in the area with Chief Brian Allen of the Harrodsburg Police Department.

The commissioners also discussed getting a machine from the state that would automatically record speeding cars. Allen said they could be borrowed from the state. He said he would talk to the state about getting one.

Mayor Art Freeman said speeding was a problem all over the city, not just on Broadway.

“The problem is we’ve got more streets than we’ve got officers,” Freeman said.

Commissioner Charlie Mattingly said he’d seen officers half a mile from the Boyle County line. “Shouldn’t we be spending more time on our city streets than outside of town?” he said.

Moseley assured Mattingly that the officers were still in city limits.

The commission next heard from Pam Parks, who complained about several people trespassing on property she owns. Parks said one woman, Jane Butterfield, had been caught removing scaffolding in January. Parks said Butterfield was made to return the scaffolding by city police officers, but the case against Butterfield was still working its way through the courts. Parks said she had been to court three times about the matter. Parks, who is Black, wondered if her relatives had been caught trespassing on Beaumont Avenue, where many of the city commissioners live, if the case would be taking so long to prosecute.

“I don’t feel like I have to waste the time because she was here stealing stuff from me,” Parks said.

She also accused Miner of trespassing on property she owns to take pictures and asked what the city was going to do about it.

“Is that not menacing?” Parks asked.

“It depends on the circumstances involved,” said City Attorney David Taylor. Taylor told Parks to contact the county attorney. “If that doesn’t work, you go to the grand jury,” Taylor said, telling her to call Commonwealth’s Attorney Richie Bottoms.

Miner has proven to be a controversial figure on Broadway, and this is not the first time residents have come to the city commission with complaints.

During the last month’s community forum, Freeman was approached by representatives of a group called the Future Leaders Of Harrodsburg with a petition about the West Broadway Community Watch.

On Monday night, the commission maintained there is only so much they can do. Taylor said they can’t go around accusing people of committing crimes, nor do they control the criminal justice system.

“We have no control over the structure of the system,” Taylor said. He and Commissioner Moseley said Parks would have to document her issues with Miner and take them to either the county or commonwealth’s attorney.

“I just don’t think you’d all accept that,” Parks told the city commissioners. She said she had a whole notebook of issues and showed the commission a necklace she’d made of pacifiers.

“We’re tired of you all pacifying us,” Parks said.

“There is not a damn thing we can do about it,” Freeman said.

Parks said they hadn’t heard the last of her. “I will be back,” she said.

The commission also heard from Jonathan Rhodes, the owner of the Downtown Pizza Hub, who asked about the dumpster behind his restaurant. There have been issues with people raiding the dumpster and leaving trash around the area where it’s located.

Rhodes was told the city is getting a lockable dumpster and merchants who use it will get a key.

Commissioner Mattingly objected. He said people will throw trash on the ground if they can’t access the dumpster.

“Locking the dumpster is not going to solve the problem,” said Mattingly. He said it would only create an even bigger hazard.

However, the city is running out of alternatives. Workers installed a surveillance camera but it had been stolen. Rhodes said curbside containers would not look good because he had nowhere to keep them except in front of his business. He also said they could not handle the trash generated by his restaurant.

He said he was afraid to allow his wait staff to take out garbage because of the city’s burgeoning homeless population. He said he’d found drug paraphernalia on the site.

“It’s terrible back there,” Rhodes said.

Mattingly complained about people sleeping in the park and around town and raiding the dumpsters.

“I think it’s time for our city to do something and react,” he said. Mattingly asked the Harrodsburg Police Department to create a taskforce to deal with the issue.

“We don’t need this in our city,” Mattingly said.

“We’ve got to get a plan together,” Coleman said. He suggested creating a curfew for the park.

Chief Allen said a curfew was a bad idea. He said it was already illegal to trespass on city property. Allen said he had run three people away from Young’s Park.

“It is not illegal to be homeless,” Allen said. He said the only thing mentioned that was specifically illegal was writing on the wall at the city park downtown. He said if city leaders want to get the homeless off the streets, they were going to have to enact an ordinance that would allow police to act.

“I cannot enforce laws that are not in place,” Allen said.

While Freeman said they would look into drafting an ordinance, Commissioner Marvin “Bubby” Isham blamed the Harm Reduction Syringe Exchange and said a representative from the Mercer County Health Department should attend the next city commission meeting.

Mattingly agreed. While he said he voted for the program when it was originally proposed back in 2016, he said he regretted it.

“I wish I had it to do over,” he said, and asked if they could undo the vote on the needle exchange.

Finally, and perhaps to many city residents, most importantly, Moseley asked if the city needs to look at an ordinance stipulating a time frame for fireworks. While Harrodsburg has a noise ordinance and sets a time when fireworks can be detonated, Burgin allows fireworks only during the week before and the week after Independence Day.

“I think we’ve got some ordinances we’ve got to work on,” Freeman said.

• Heard from Herman Mergard, who said while issuing a speeding ticket to his friend, an officer—whom he did not name but whose badge number matches Cpl. Chris Booth—crushed Mergard’s phone, which he’d loaned to his friend.

“I think he should have to pay for it,” Mergard said. He said he had footage of the officer smashing the phone.

Moseley said he’d have Chief Allen look into the incident.

• Heard from Dan Yates, regional marketing coordinator at Campbellsville University, who asked about painting the CU-Harrodsburg logo on the city’s three water towers. Yates said both the university and the city would realize a discount by working together. No action was taken.

• Approved a contract worth approximately $45,000 with H&A Resources Management for clean-out management at  the water treatment plant. It was the only bid received.

• Accepted Cynthia Childers’s resignation from the communications department effective immediately. The next city commission meeting will be Monday, July 27, at 6 p.m.