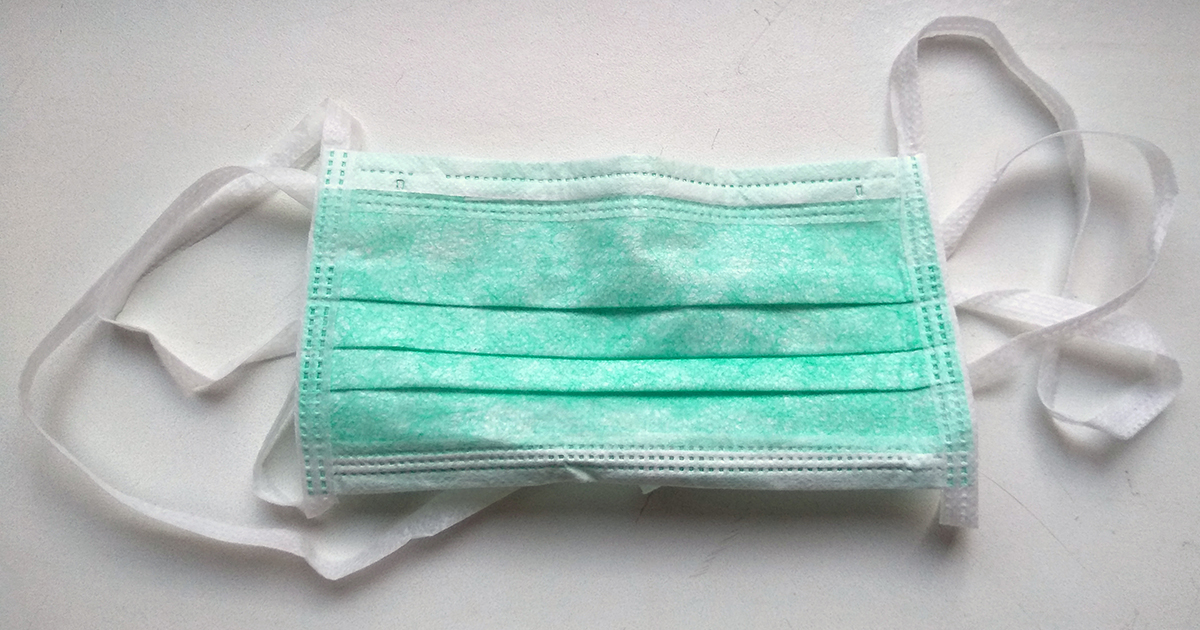 U.S. Senate Majority Leader Mitch McConnell and Gov. Andy Beshear are not known for agreeing on much, but they do agree on this: wear a mask.

“The single most important thing that each of us can do as individuals to protect not only ourselves, but our friends and colleagues, is to wear a mask,” McConnell said during a visit to Louisville according to a report by Kentucky Health News.

In a press release, Beshear said social distancing is key to avoiding the catastrophic escalation in cases currently being seen in other states, such as Texas, Florida, Arizona and California. Eight states have more than 100,000 COVID-19 cases.

Kentucky is one of the states that has made wearing masks in public mandatory. An executive order gives businesses the right to turn away any customer not wearing a face covering, but Gov. Beshear has said people will not be fined or arrested for not wearing a mask in public.

On Monday, July 6, West Virginia made masks mandatory, joining Kentucky, Virginia and Maryland. But in many other states, masks are not mandatory.

Earlier this week, the Retail Industry Leaders Association, which represents Target, Home Depot and other major chains, asked the National Governors Association to make masks mandatory across the nation. According to an ABC News report, the association is arguing that the hodgepodge of rules around the country causes conflicts between customers and workers trying to enforce store rules.

“Retailers are alarmed with the instances of hostility and violence front-line employees are experiencing by a vocal minority of customers,” said Brian Dodge, president of the Retail Industry Leaders Association. 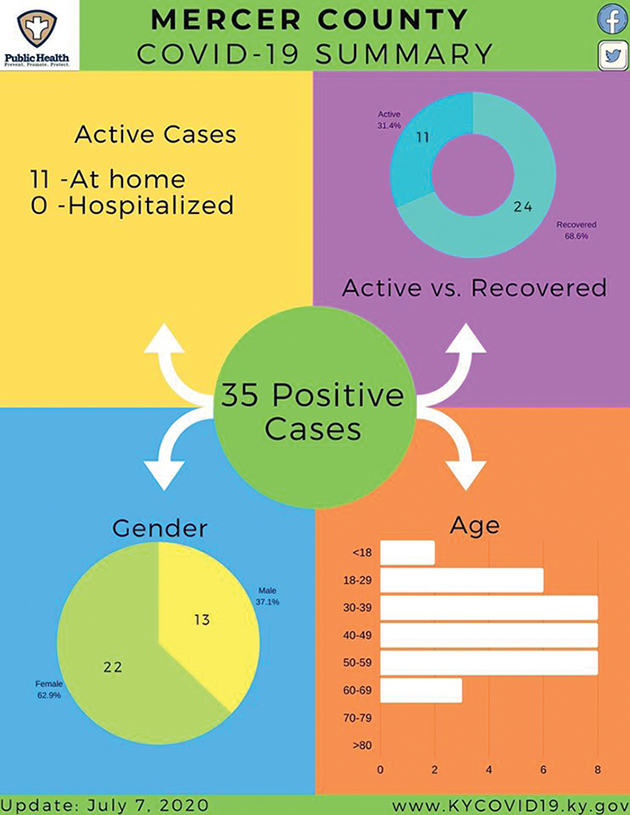 Gov. Beshear announced 371 new cases of COVID-19 in Kentucky on Tuesday, the second highest single-day increase since May 5. So far, 17,519 Kentuckians have been infected while 602 have died, including nine on Tuesday. According to government statistics, 4,841 Kentuckians have recovered.

Across the world, there are now over 12 million cases, according to worldometers.info, with 5549,036 deaths. So far, nearly 7 million people have recovered.

The U.S. remains the epicenter for the pandemic, with 3.1 million cases on Wednesday and 134,347 deaths. So far, over 1.3 million Americans have recovered.

Here in Mercer County, there are 35 cases, with 11 still active, according to the Mercer County Health Department.

None of the patients have been hospitalized and no one has died.

Gov. Beshear will hold his next press briefing on Thursday, July 9, at 4 p.m.