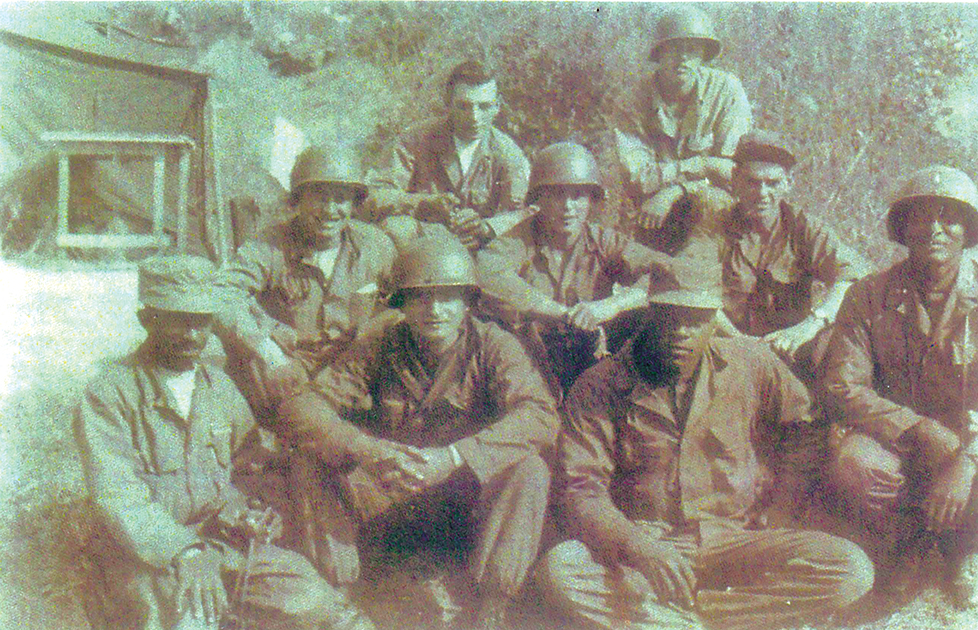 Albert Taylor posed for a photo with the other members of his outfit in Korea. (Image submitted). 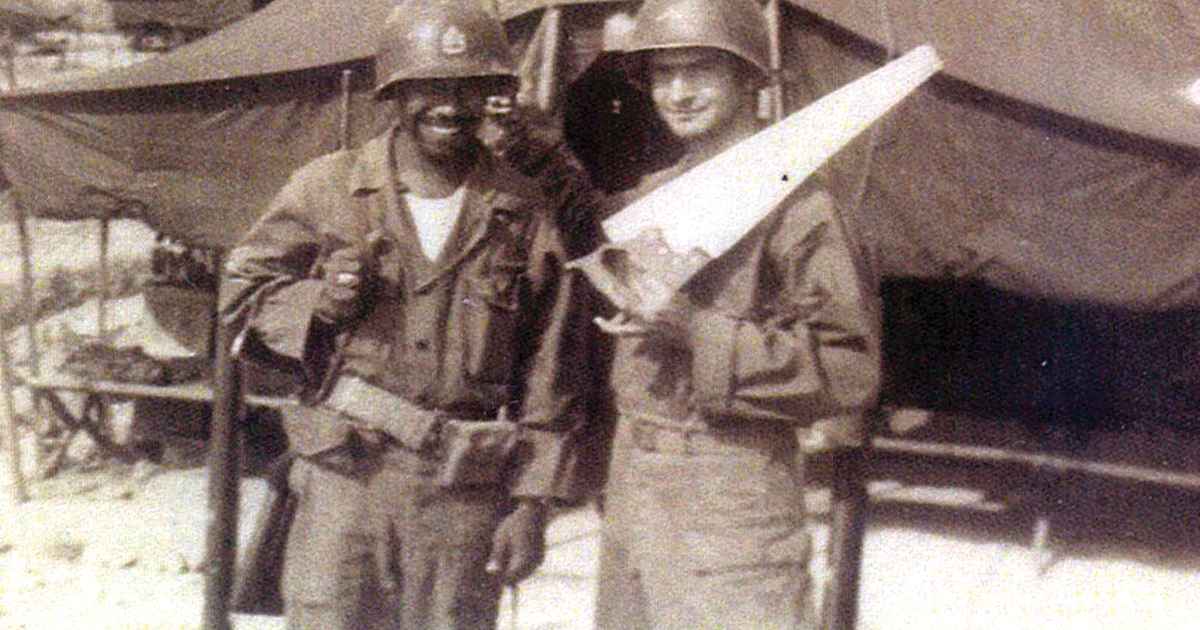 Taylor is very humble about his service and receiving this new medal.

“I am not sure what all this is about,” said Taylor. “I spoke at a library event and Ms. Short asked me for my DD214 and here we are. “

Taylor has spent his life here in Harrodsburg. Married with six children, he is a deacon at First Baptist Church of Harrodsburg, where the award ceremony will be held.

Although Taylor is very honored to receive this new medal, he felt as though his brother in arms needed to be honored as well.

“My time (in war), it was hard. I was saved many times and I saved others a time or two. It was what we did,” said Taylor. “I met a guy in Korea who was assigned to my platoon. His name was Nick Fierro. We were more than friends, we were brothers.”

Taylor said he and Fierro stayed close and in touch until Feirro passed away this past May.

“I was once blown out of a bunker and Nick came and found me. He wasn’t in the bunker but he came looking for me when he heard the sound,” said Taylor. “He saved me many times.”

Taylor said his faith has driven him through his life and credited God and a Bible for saving his life as well.

“I was once surrounded by mortars with shrapnel going every where,” said Taylor. “I carried the pocket Bible my mother gave me in my pocket and it caught a large piece of shrapnel that could have gone straight into my heart.”

Reverend Virgil Hill of First Baptist of Harrodsburg said he is honored to speak during Taylor’s medal ceremony this Sunday.

“Through his life journey I think it is interesting that he has returned to his home church from one grace to another,” said Hill. “ He is 92- years-old and his story is still able to be told and even honored. He is a senior deacon and inspiration through his leadership.”