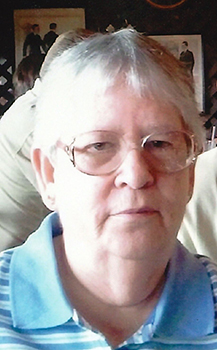 Born Aug. 9, 1942, in Anderson County, Barbara was the daughter of the late Worley and Nettie Casey Medley.

Barbara was a homemaker and a member of the Parksville Baptist Church in Danville.

Along with her parents, Barbara was preceded in death by a daughter, Pamela Kay Hatchell; a sister, Joyce Sallee; and three brothers, Maurice Medley, Carrol Medley and Bobby Medley.

Private services will be held for Barbara at Ritchie & Peach Funeral Home. Burial will be in the Lawrenceburg Cemetery.

Arrangements are entrusted to the Ritchie & Peach Funeral Home.

Condolences to the family may be expressed at www.ritchieandpeach.com.