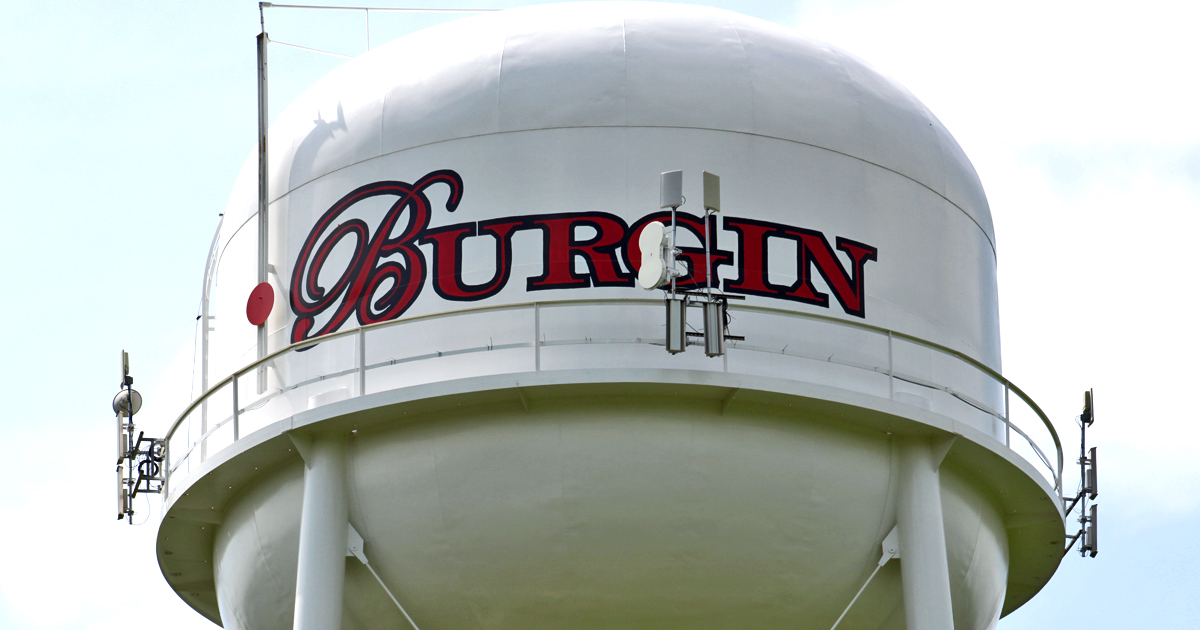 There will be no increase to Burgin residents’ water bills despite a 2.3 percent cost increase in the cost of water from the City of Harrodsburg.

“The City of Harrodsburg raised water prices for the City of Burgin by 2.3 percent,” said Mayor Jim Caldwell. “We might have to raise our rates to match the extra cost.”

Councilman Jamie Keebortz said the Burgin water bills are already higher than most other places.

“I did the math and it may only be an addition $1,700 dollars cost for the city,” said Keebortz. “Maybe we can wait to see if the extra cost hurts us.”

Councilman Sindicat “Sid” Dunn motioned to hold off on the raise in prices until the City fully understood the impact of the price increase.

• Wes Carter approached the council with a personal business venture he and his wife were undertaking that would require the city to split a lot corner on Bonta and North First Street into three.

“I want to build affordable, nice houses in Burgin,” said Carter. “We know Burgin has a great school system and a nice town that people want to move too.”

Carter said he would be donating the first year’s insurance premiums for the house to the buyer.  Councilman David Peavler was adamant that if the lot was split it would make his street too crowded.

•  Road work is planned for Burgin and the Council members are still collecting lists of roads that need work.

Mayor Caldwell had received a complaint from a resident about the water which comes from one home’s sump pump and runs across the roadway.   McGlone’s construction was called and a message was left to find out pricing of asphalt but no response yet. If anyone has a suggestion they are encouraged to call City Hall at 859-605-6952

• Three graves had been decorated and mulched crossing into the easement of another property.  Contact was made with the living relative and she was notified that it will have to be removed and replaced back to original state.

“They can decorate as they wish so long as it falls within the rules of the cemetery,” said David Peavler. “She was given a copy of the rules and ordinance and asked to have it cleaned up by the meeting but it had not been done yet.”

• The first reading of the city budget was approved contingent of all funds not allocated by a specific line item be cleared through the council before touched. The addendum specifically referred to emergency funds and miscellaneous funds. The surplus held in the accounts concerned several council members. The total budget for the 2020-2021 fiscal year is $2,046,963.44 Councilman Keebortz praised the work done to create a line item budget for the city and suggested rolling surplus funds into a CD in the future.

A special called meeting for the Burgin City Council was called for Tuesday, June 23, for a second reading of the budget.

The next regular meeting of the Burgin City Council is scheduled for Tuesday, July 14, at 6:30 p.m.