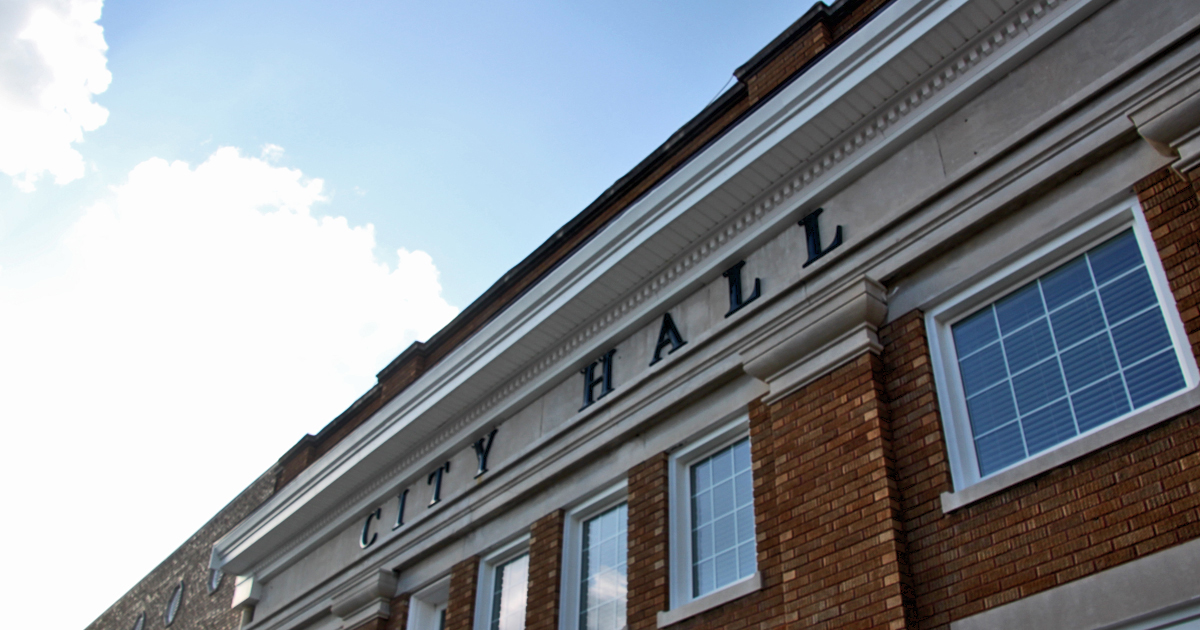 The Harrodsburg City Commission tabled a vote on changing the benefits plan for city workers after some of the commissioners asked for more time to look over the plans and to speak with city workers.

Freeman said the two proposals would save the city money. The mayor said moving from Anthem through the Kentucky League of Cities to United Health Care would save the city a little over $70,000 per year in annual premiums. He said the new insurance would be pretty close to the current plan for city workers. There would be an increase in maximum out of pocket expense, from about $3,425 to $5,000 for a single person.

“We’ve got a similar benefits policy at a lot less money,” Freeman said.

Eliminating the health reimbursement account would save the city close to $40,000, including reimbursement for employees and management fees.

“We can’t afford to do this anymore,” said Freeman, who said he had not spoken with all six employees but the ones he had spoken with did not seem to be distraught.

Commissioner Marvin “Bubby” Isham asked if the employees with health reimbursement accounts, who are not on the city’s health insurance plan, would be given money where they are not taking city insurance.

“I don’t think we should penalize our employees on this health insurance account,” said Commissioner Charlie Mattingly.

“I want you to figure where you’re coming up with that $36,000-$40,000 a year,” said Freeman, who has repeatedly warned commissioners that the city’s finances have been severely affected by the COVID-19 pandemic.

The mayor was asked about creating a health savings account for the six employees.

“We’re spending approximately $6,000 per year per employee,” Isham said. He said he would be willing to allow employees to collect 50-percent of that through a health savings account.

Commissioner Scott Moseley said it should be the same amount as they give employees. Moseley said he was uncomfortable with eliminating the benefit for the six employees.

Freeman said he would meet with all six employees. He said no other employer than the city provides this benefit for employees.

Moseley said the state does it also. He said employees are counting on the money to help offset the cost of health insurance. He asked to table the discussion until they learned more from both employees and the insurance provider.

A motion by Commissioner Jack Coleman to proceed with the proposals with the stipulation to come back and review the decision if employees objected failed, with Coleman and Isham voting for it, Mattingly abstaining and Moseley voting against it.

“I’m not comfortable at all with that,” Moseley said, saying the commission would have been moving forward without knowing precisely what they were doing. A motion by Isham to table discussion of the health reimbursement account passed, with Coleman voting against it.

The commission will hold a special-called meeting to discuss the city budget and employee benefits Wednesday, June 10, at 5:30 p.m.

However, even before the COVID-19 pandemic hit, Mayor Freeman was questioning the city’s ability to honor the commitment. In February, he told the Harrodsburg Herald the city may not be able to make another contribution towards the road in the next fiscal year. He said expenses such as opening the new police headquarters had reduced the city’s investment capacity.

“I don’t think we’ve got the money,” he said in February. “It’s been a pretty tight budget.”

On Monday night, Freeman said he had talked with CU-Harrodsburg officials about applying for a grant. Freeman told the city commissioners they were looking at hiring a consultant to write a grant proposal and conduct an economic impact study. The city and the university would manage the grant together. The consultant will be paid $100-$175 per hour. Fees will not exceed $15,000, the mayor said.

He said the city owes CU-Harrodsburg $800,000. While the city can make the payments, he said they cannot do so in a timely manner. By leveraging the grant, the city could pay significantly less, he said.

He also said Mike Conover, who, with his wife, Carol Conover, donated the original building and land creating CU-Harrodsburg, had agreed to donate more land for residential development.

“That’s not all going to be university project,” Freeman said. He called it a “worthy project” that would help the city and asked the commissioners to look over the proposal. No action was taken.

The commission voted to raise the pay for Firefighter Mark Harris’ to $8.57 due to completing his 400 hours certification effective June 4 and remove him from his extended 6-month probation due to completion of required certification hours. They also voted to promote April Gullett as shift supervisor at the city’s communications department at $14 an hour. They approved spending $3,000 to update the certification for two new full-time employees.

In addition, Hunter Lewis’s pay was raised from $11.76 to $12 an hour effective June 11 and his job title changed from a meter reader to a public service worker II. Finally, the commission voted to rescind the resignation of Shandi Freeman, who had second thoughts after tendering her resignation at the last regular meeting.

For the communications department, the commissioners voted to pay $2,997 for a software update. For Anderson-Dean Community Park, the commissioners voted pay $1,675 for equipment and services, including mower parts from Central Equipment, auto parts from NAPA and Catlett Paving for paving work done at Anderson Dean Park. The Mercer County Fiscal Court will pay the other half of the expenses.

Harrodsburg City Hall will reopen for in-person visit on Monday, June 15. While the building will reopen to the public, Mayor Art Freeman said visitors will need to observe social distancing. Only two visitors at a time will be allowed in the lobby. Citizens can still leave their payments in the drop box or use the customer service window on Short Street. In addition, the public areas at city parks—including Salt River Park—will reopen Monday. The next regular meeting of the city commission will be Monday, June 22, at 6 p.m.