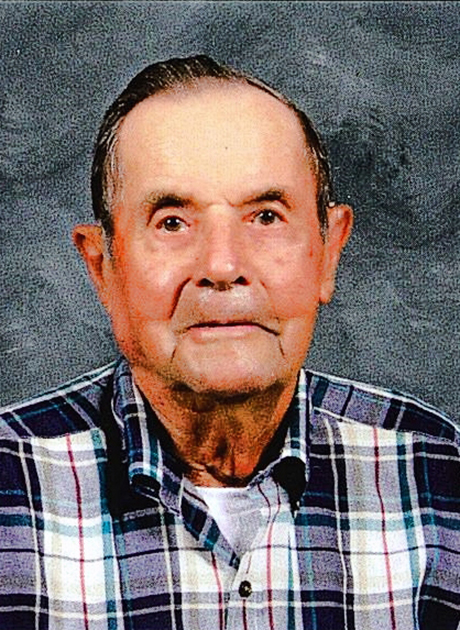 James Pete “J.P.” Disponett, 96, husband of the late Della Elouise Sims Disponett, passed away Wednesday, May 13, 2020, at the V.A. Medical in Lexington.

J.P. served his country in the U.S. Army during W.W. II.  He was a farmer, worked for Edward’s Sausage and as a bulldozer operator and trim work finisher for his brother Dave Disponett Building Contractor in Lawrenceburg.  At the time of his passing, J.P. was the oldest member of the Bethel Baptist Church in Mercer County where he joined in 1953.  He served as a trustee and a member of the Sunshiners.

Along with his wife and parents, J.P. was preceded in death by a daughter-in-law, Sandy Disponett, and siblings, Bernice Disponett, Edith Hawkins, Carrie Durr, Delcie Morgan and Susie B. Wiley.

Private services will be observed.  Bro. John McDaniel and Bro. Stephen Brogli will officiate the service.  Burial with military honors will be at the Lawrenceburg Cemetery.

Arrangements are under the direction of the Ritchie and Peach Funeral Home.

Condolences to the family may be expressed at www.ritchieandpeach.com.