Robins: ‘I Am So Grateful To Have Been A Part Of Louisville’s Program’ 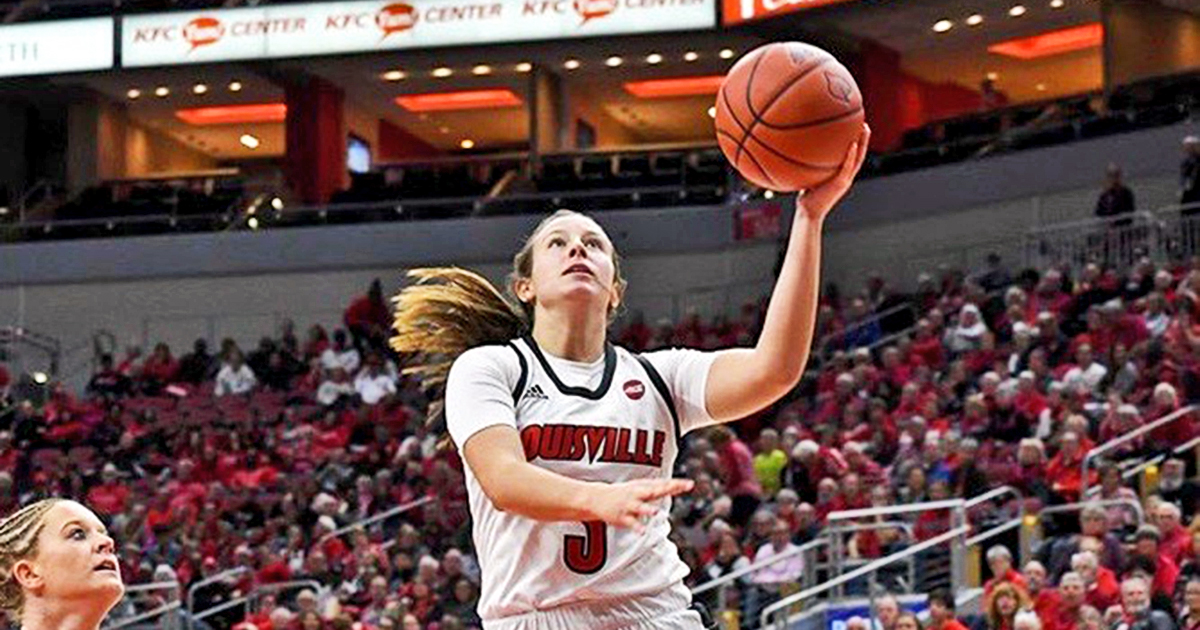 Former Mercer County standout Seygan Robins is looking to transfer to another program.

“I decided to transfer in hopes of playing more minutes at a different school and making a bigger impact on a program,” said Robins, who still has three years of eligibility left.

The career of the former Ms. Kentucky Basketball has developed in unexpected ways since signing with the University of Louisville.

Robins graduated Mercer County Senior High School in 2018 as the 37th best player in the nation and a five-star recruit. She led the Lady Titans to back-to-back state championships. She left one winning tradition for another with the Louisville Cardinals, who have competed in every NCAA tournament since 2009.

However, Robins has never really had a chance to show all she can do on the court. In her first season, she averaged 7.5 minutes a game. During her freshman year, she played 11 minutes a game in the first two games, but suffered a major ankle injury that required surgery, costing her the rest of the season.

While she was frustrated with the lack of playing time, Robins has a high regard for Louisville. Robins said from from the moment they recruited her, they treated her and her family as their own.

Robins’ mother Marta Robins, is thankful for the Cardinal staff made her daughter feel welcome.

“Louisville was very helpful with every aspect of her transition, so it made it easy for Seygan to adjust,” Marta Robins said. “Her dad and I were happy for Seygan to experience being part of a top team in the nation.”

The decision to transfer for any student is always a tough one. Robins said she enjoyed her time with the Cardinals. She spoke about having the best of friends and making wonderful memories during her past two years.

“I very much enjoyed my time at Louisville,” Robins said. “I got along great with the team and I made friends for life during my time there. The memories that I will have will just be the little things. I had so many good times and nights spent with my teammates that I will never forget.”

She said she’s grateful she got to practice daily with some of the best coaches in college sports. But even more important than her hoop dreams are her off the court ambitions.

At Louisville, Robins was on track to graduate with a degree in sports management next year. She plans to eventually earn a master’s degree in early childhood education with a track in special education.

While she is still unsure exactly what programs her next school may offer, Robins knows where she wants to be, and is taking large strides in becoming a leader off and on the court.

Despite missing last season, Robins still has three years of elegibility. There will be many coaches out to secure Robins on their roster for next season.

While she only averaged 1.6 points in her freshman season, she was playing behind other, more experiened athletes.

She was confident her time would come with hard work.

In addition to being named the 2018 Miss Kentucky Basketball and Sweet Sixteen MVP, she was named 12th Region Player of the Year in her final three seasons and was named first team all-state from her freshman year all the way up to her senior year of high school.

She scored 2,677 points, 834 assists and 559 steals in her varsity career, in which the Lady Titans won four straight 12th Region titles and six straight district titles.

Due to NCAA rules, Robins was able to use her redshirt last season, granting her an extra year of eligibilty. Once her redshirt sophmore season starts, no matter what uniform she has on, Robins said she will be ready to compete.

The recruiting process has been a challenge. Due to restrictions put in place due to the COVID-19 pandemic, Robins is unable to physically meet any of the coaches who have reached out to her.

Nor can she visit programs and tour facilities at other schools.

Still, Robins is confident she will find the program that fits her and her basketball career best.

“It has been a little difficult with the transfer process given the circumstances,” Robins said. “I am not able to take visits or meet with teams or coaches in person. I feel like personally to counter this I have made sure to take my time and be thorough in this process in order to really get to know the coaches and schools I’m talking with as much as possible whether it be over the phone, Facetime, Zoom, etc.”

It takes a lot of heart to overcome adversity in the way that she has. With a supportive, loving family and a good head on her shoulders, the potential for greatness is clear. No matter who end up landing the talented transfer over this offseason, they will have a lot to be excited about. Seygan Robins is ready to play.