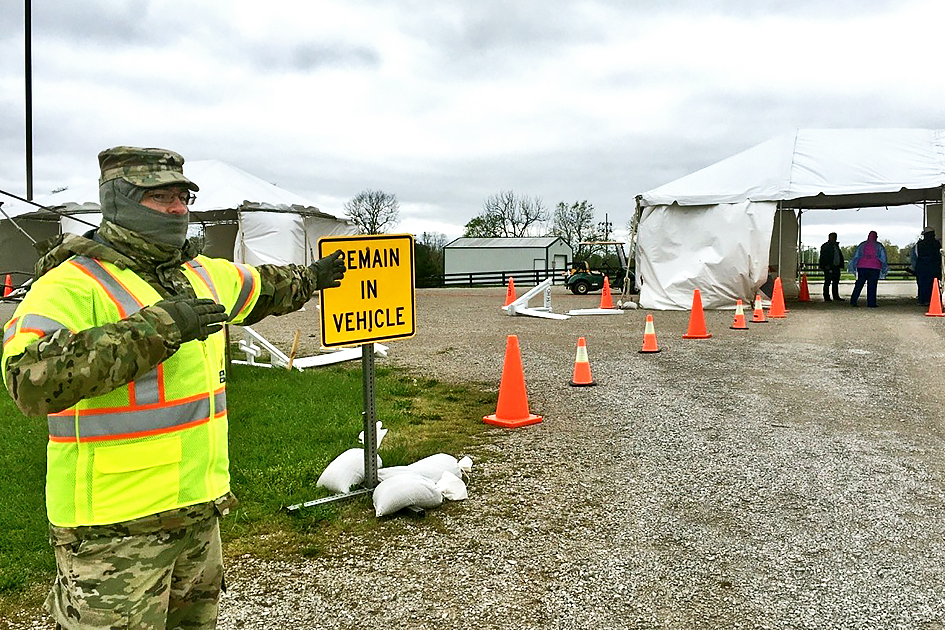 As of Friday, April 24, at 5 p.m., there were 322 new confirmed cases in Kentucky, raising the state’s total to 3,779. The governor also announced nine new deaths, bringing the state’s total to 200. Earlier this week, Beshear lifted restrictions on who could be tested for the coronavirus to anyone who wanted one. However, he said that was not why the number of positive cases increased. The governor said the state is performing more intensive testing at Kentucky’s longterm care facilities, which have been hit particularly hard. Yesterday, the governor said nearly half of those who died had either been residents or staff at a longterm care facility.

Across the world, there are now 2.8 million confirmed cases and 196,948 deaths, according to Worldometer.com. In the U.S., nearly a million people—923,110—have been infected, while 52,077 have died. That is more than twice the total recorded by the next two nations—Italy and Spain—combined. Over the past day in the U.S., 36,668 new cases and 1,843 new deaths have been recorded.

The federal government has announced the Paycheck Protection Program will resume Monday.

The federal program, which was administered by the U.S. Small Business Administration, was suspended April 16 after running out of funds.

This week, congress allocated $310 billion for the program with $10 billion to cover administrative costs and $60 billion for the Economic Injury Disaster Loans Program, which covers forgivable grants for small businesses, according to Vox.

According to the Small Business Administration’s website, $342 billion was loaned out under the first allocation, with a little over $4 billion being loaned out to businesses in Kentucky.

The loans charge 1-percent interest and the interest does not have to be paid for the first six months. The program was designed to help businesses with 500 or fewer employees.

The Small Business Administration will resume accepting loan applications on Monday, April 27, at 10:30 a.m. from approved lenders on behalf of any eligible borrower.

The state has also revealed how they plan to conduct theJune 23 primary election.

“This plan fulfills my promise to make it easy to vote and hard to cheat,” Adams said in a press release.

He said the plan will also clean up Kentucky’s voter rolls.

1. The requirement for applications to be notarize for voters who wish to cast absentee ballots due to a “medical emergency” will be waived.

2. In-person early voting will be made available by June 8 and run through June 23. Voting practices will be conducted consistent with Centers for Disease Control guidance, with materials available for proper sanitization.

3. County clerks are permitted to significantly reduce the number of sites for in-person voting on election day and are encouraged to use vote centers and to consolidate precincts. Voting practices will be conducted consistent with Centers for Disease Control guidance, with materials available for proper sanitization, and will limit direct contact between individuals.

4. The state will notify each registered voter by mail of the options to vote absentee.

5. The state will establish a secure online portal for absentee ballot requests which will require registered voters to prove their identity with personally identifiable information.

6. The state will establish a process for tracking absentee ballots requested, sent, and received.

7. Processing and counting of ballots may begin as soon as June 1, with counting to be completed by June 30. No results will be announced before 6 p.m. on June 23.

8. County clerks will match the signature on an absentee ballot envelope to the voter’s signature of record. Voters whose signatures do not match will be provided an opportunity to cure the mismatch.

9. In order to more expeditiously clean up voter rolls, the state will proactively contact registered voters who have moved out-of-state in an effort to obtain permission to remove them from the rolls.

Kentucky’s new Photo ID law will not be in effect for the June 23 elections.

At Friday’s briefing, Adams said it was necessary to take action in order to prevent the “debacles” that happened at recent elections in Ohio and Wisconsin.

For more information, visit the secretary of state website.