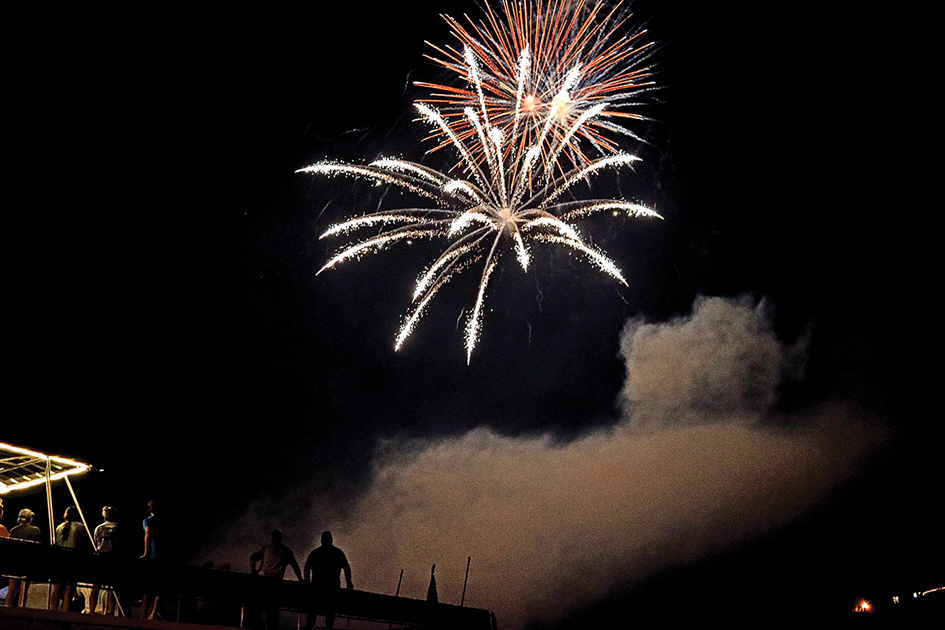 Boaters watch the Lights Over Herrington fireworks show in 2018. This year’s show has been canceled due to concerns over the ongoing COVID-19 pandemic. The Independence Day event draws thousands of spectators to the lake.

Two summer traditions in Mercer County are being canceled due to the ongoing COVID-19 pandemic.

The organizers of the Lights Over Herrington Independence Day fireworks show announced that this year’s production is canceled. The organizers hope to resume the fireworks show—which draws thousands of spectators to the lake along the Mercer County-Garrard County border—in 2021.

“We feel that there will still be a possible risk of the deadly coronavirus amongst us,” said the organizers, Megan Jones and Gigi Bailey, in a Facebook post. “Due to the extra-large crowds this event brings to the lake and all the marinas, we just do not want to take a risk of bringing large crowds together with the possibility of infecting each other.”

Marinas and campgrounds are allowed to open under state guidelines as long they make sure visitors observe social distancing protocols.

Also canceled is the outdoor production of “James Harrod” The Battle For Kentucky.” Organizers say they hope to resume the production at Old Fort Harrod State Park next year. 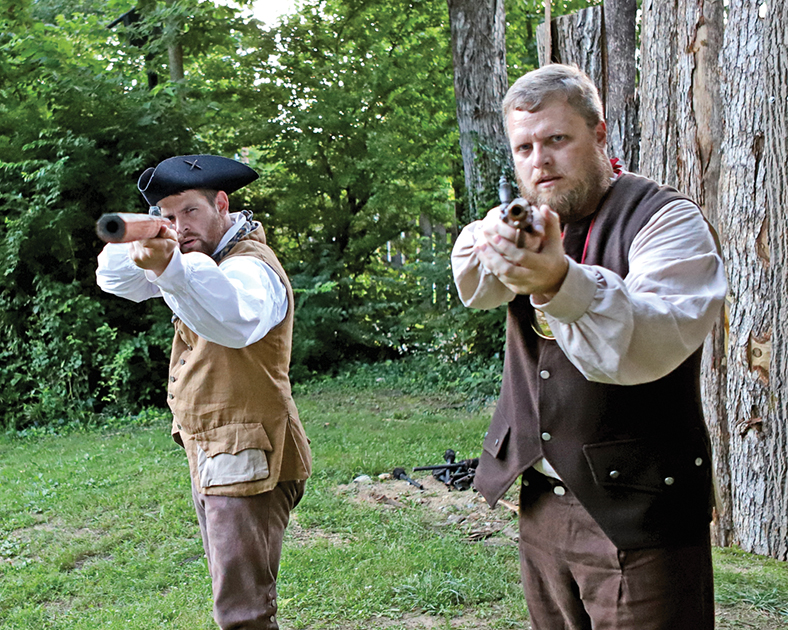 Than Cutler starred as James Harrod and Eric Forman played George Rogers Clark in last year’s production of “James Harrod: The Battle For Kentucky.” The outdoor drama, which was scheduled for July, has been canceled because of the ongoing COVID-19 pandemic.

“At the advisement of state government, we have made the difficult decision to cancel the 2020 season of ‘James Harrod: The Battle for Kentucky’ due to the ongoing situation with COVID-19,” the organizers said in a Facebook post. “Though the stage may be dark this summer, rest assured the show will go on in 2021.”

Last year was the first time the play had been produced since 2017, when the state shut down the James Harrod Conference Center, which Ragged Edge used to store costumes for the outdoor drama, because of mold.

The play was created in 2012 as a replacement for the popular and long running “Daniel Boone: The Man and the Legend,” which was last performed in 2004.

The biggest event at Old Fort Harrod is the Settlement and Raid, which is still scheduled for June, said Park Manager David Coleman.

“As of now it is still on,” Coleman said. “We had to call the James Harrod play because reversal needed to start the first of May and that won’t happen but we still feel like the Settlement and Raid in late June will be a go.”