Shining A Spotlight On Unheralded Heroes 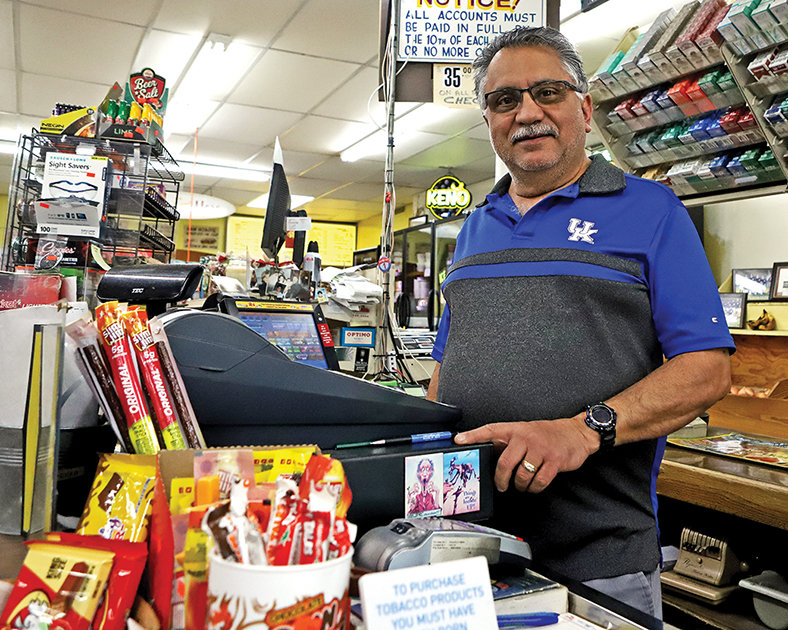 Charlie Martha has been operating C&T Food Market since August 1979. While he said the coronavirus has had an impact on business, he said he is fortunate to remain open. (The Harrodsburg Herald/Robert Moore.)

Americans have been forced to learn what they can live with during the coronavirus pandemic and they have also learned what they can’t live without. The crisis is shining a light on people who generally receive little attention: local shopkeepers and grocery workers.

They have found themselves on the front lines of the pandemic, along with first responders and medical personnel. At a time when every branch of government is directing people to maintain social distancing, shopkeepers and other essential personnel can’t keep their distance. At a time when millions of Americans are out of work, shopkeepers are on the job, keeping society on track.

Charlie Martha still shows up for work every morning. Martha, who has owned C&T Food Market on Main Street for over 40 years, has marked his floor to remind people to stand six feet apart.

Still, people come to his store, some of them every day, despite the economic downturn.

Gov. Andy Beshear has said repeatedly during his evening coronavirus briefings that he considers grocery workers and shopkeepers to be as important as first responders, not only because of their importance to the food supply network but also the risk they take in performing their jobs. At least four grocery workers have died so far from the coronavirus, according to the Washington Post.

As a result, several large chains such as Kroger and Aldi have begun paying workers hazard pay.

But grocery stores are not the only ones who play a prominent role in the nation’s food supply chain.

Amber Hume and Jonathan Rhodes own the newest business on Main Street, the Downtown Pizza Pub, which opened in January. While other local eateries have closed—including Beaumont Inn, the Trustees’ Table at Shakertown and Kentucky Fudge—the Pizza Pub is still open.

“We were doing really good and then this hit,” Hume said.

Across the street, La Fonda Mexican Restaurant is still open, as it has been for 22 years.

Rigo Ayala said he and his family have been working to keep up with the pace. With so many other restaurants closed, customers are calling in orders, Ayala said. 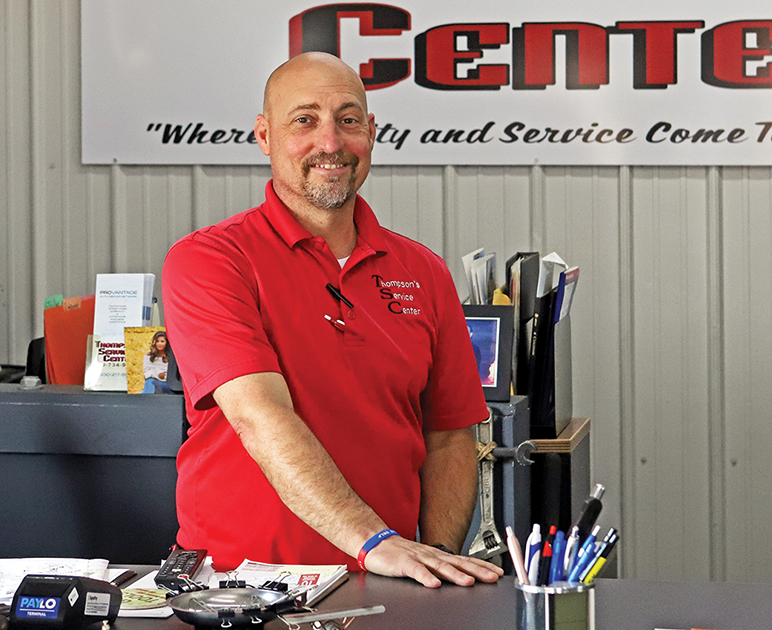 David Thompson of Thompson’s Service Center on Chiles Street said business is slow but he’s glad to be open.

“I’m just thankful we were deemed as essential,” Thompson said.

The service center has been in business since 1967 and has been at its current location since 2011, Thompson said.

While he said business has been impacted, he said he’s glad that he hasn’t had to lay off any employees.

“My morning prayer is to value today,” Thompson said. 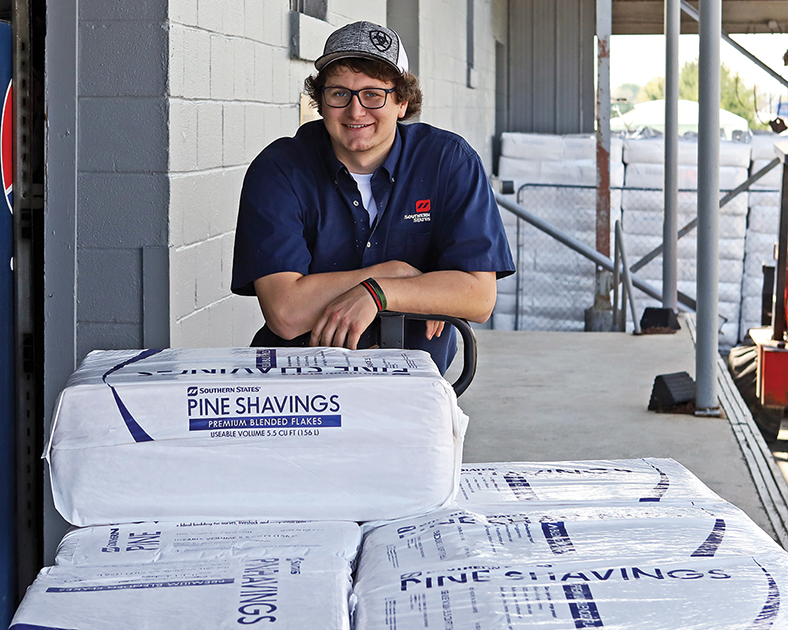 Jacob Newsome is still loading feed and supplies for farmers at Southern States, which has been deemed an essential business because of its importance to the nation’s food supply. (The Harrodsburg Herald/Robert Moore.)

Because of their importance to maintaining the food chain, agricultural supply shops like Southern States have been deemed essential.

Also deemed essential are   liquor stores. Alcoholic beverage sales shot up 55-percent in the third week of March compared to the same time a year ago, according to a Nielsen survey. 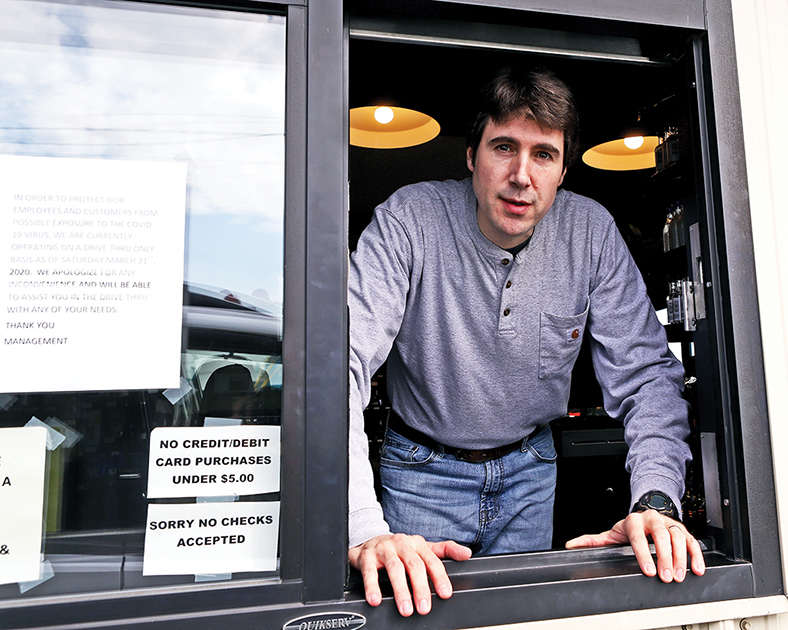 Greg Winburn of Triple Crown Liquor is still open for business with a drive-thru window. (The Harrodsburg Herald/Robert Moore.)

Greg Winburn, owner of Triple Crown Wine and Spirits on North College Street, said business is about the same as it was before the pandemic hit. Triple Crown was the first liquor store to open after Harrodsburg voted to go wet, back in December 2016.

Even though sales are restricted to the drive-thru window, business is good, he said.

“We’re just trying to protect our customers and protect our employees and make everybody happy,” Winburn said.