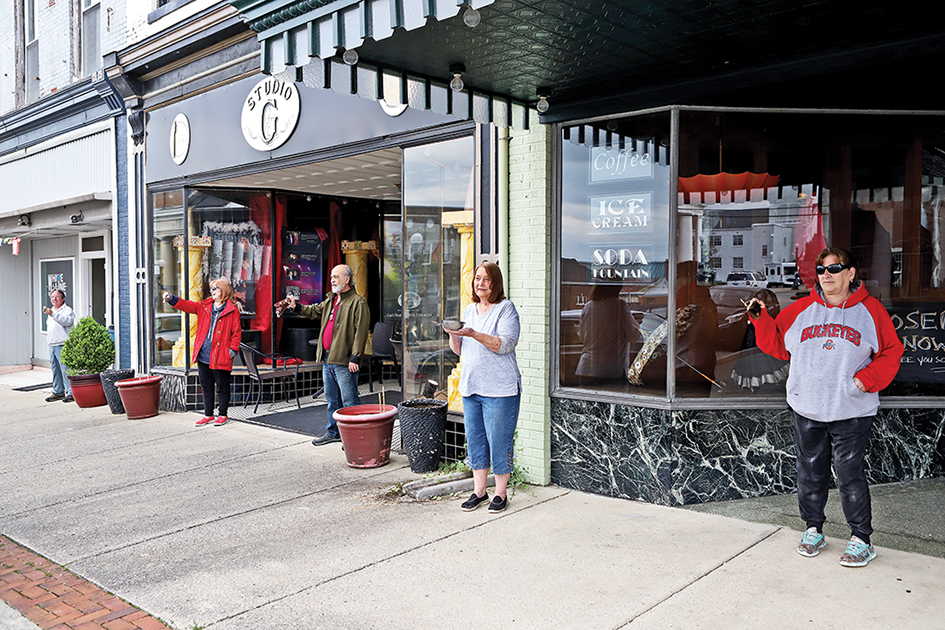 On Wednesday, Kentucky recorded its largest number of confirmed cases of the coronavirus in a single day so far. Gov. Andy Beshear is trying to stop some churches from defying his executive order and holding services during the Easter holiday. At his evening briefing, Beshear also signaled his willingness to hold a mail-in primary election this year.

At the beginning of his briefing, the governor warned the audience that Wednesday had been a big day for new cases.

“We know our cases are escalating,” he said.

The governor announced 204 new cases, bringing the commonwealth’s total to 1,346. New counties were added to the list of those having confirmed coronavirus cases and many counties recorded new cases  in the double digits.

Beshear also said 339 people have fully recovered, while 205 are in the  hospital, and 93 are in intensive care.

“That’s a loss for all of us,” said Beshear, who asked Kentuckians to light their homes green, which he called the color of compassion and renewal.

Here in Mercer County, there are now seven confirmed cases, with two being added since yesterday, a male and a female aged 40-49, according to the Mercer County Health Department. Three of those cases are no longer active. In Boyle County, there are 13 confirmed cases, according to the Boyle County Health Department.

As China recovers, the government has begun easing the travel restrictions in Wuhan, the city where the outbreak was first reported. On Wednesday, Beshear was asked about Wuhan.

“There is no direct comparison we can make between us and China,” the governor said. He said that nation has a more authoritarian government that can order its entire population to shelter in place and enforce compliance. In the U.S., officials largely rely on the population to police themselves.

Beshear said officials would need to see a significant decrease in the rate of infections before he would be willing to ease the restrictions. Even then, the state would not remove all restrictions at once.

“We will have a multi-tiered step down on restrictions,” the governor said.

He also issued a new executive order that limits the number of people in a store to one-per-household and forbids door-to-door solicitation.

Here in Kentucky, there is pressure in some circles to circumvent the governor’s orders and hold services during the Easter holiday. Beshear said there are 17 churches or other entities that may hold mass gatherings this weekend. He said the state is working with local officials to prevent them from happening.

The governor said he had “scientific evidence and definitive fact” that showed mass gatherings led to outbreaks and deaths. Beshear was referring to two churches in Hopkins County–including one in Dawson Springs, the hometown of his father, former Gov. Stephen Beshear–which held revival services in March. According to the Louisville Courier-Journal, those services have been linked to a coronavirus outbreak that has infected more than 50 local residents and led to four deaths.

While Beshear has praised churches holding drive-in services as a clever way of honoring social distancing restrictions, Hopkins and Jefferson Counties have banned drive-in religious observations. He said he backed the decisions made by local officials in those two counties and he also provided guidance on how drive-in services should be held. There should only be one family per car, he said, all cars should be at least six feet apart, no one should get out of the cars and no one should pass anything between the cars.

Some have called holding religious services during the pandemic a test of faith, but the governor said he did not agree.

“My faith tells me we have to protect each other,” Beshear said. “I’m willing to do what it takes to save peoples’ lives.”

The governor praised the majority of religious leaders, who he said are abiding by the executive order. He also had a warning for churches who didn’t.

“You can probably expect to see us,” Beshear said.

The governor was also asked about holding a mail-in primary. The topic of mail-in elections has become a hot topic after Wisconsin held their primary yesterday. Beshear said they needed to look very seriously at using mail-in voting for the primary, which has been postponed from  May 19 to June 23.

“I’m absolutely willing to do it,” said Beshear, who said he couldn’t ask poll workers—many of whom are elderly—to be around the public. However, he stopped short of saying he was willing to hold a mail-in general election in November.

He also announced the state will start $600 payments tomorrow.

The governor also asked again for anyone holding personal protective equipment (PPE) to donate it to the state. Beshear called acquiring PPE during the coronavirus pandemic the most frustrating thing he’s tried to do in his career. The state is in direct talks with Toyota about manufacturing PPE here in Kentucky, he said.

“If you have PPE, it’s still needed in your state,” he said.

The state has created a new hotline (1-833-GIVE PPE) and website (giveppe.ky.gov) to streamline the donation process. In addition, PPE donations can be accepted at all 16 Kentucky State Police posts and at Transportation Cabinet offices in Louisville and Lexington.