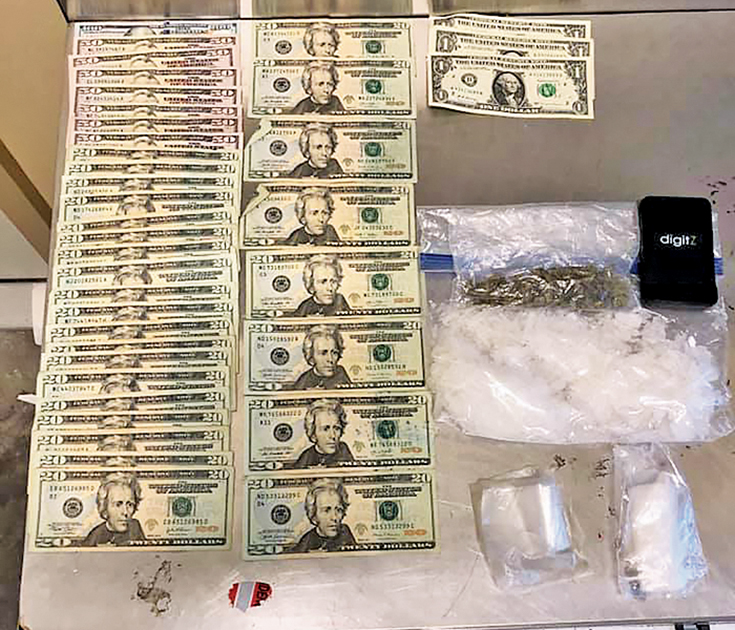 A local man is in jail after being caught with nearly $1,000 in cash and drugs, police say. (Image submitted.)

A local man is in jail after being caught with methamphetamine during a traffic stop.

On Sunday, April 5, at 4:04 p.m., Earnest W. Slaven, 51, of Harrodsburg, was stopped on South College Street for having a cracked windshield and an expired license plate, according to the uniform citation.

Patrolman Blake Darland of the Harrodsburg Police Department asked Slaven, who had multiple drug priors, for permission to search the 1995 Dodge Ram pickup Slaven was driving. However, Slaven refused.

During the stop, Capt. Scott Elder of the Mercer County Sheriff’s Office arrived and deployed his drug-sniffing dog, Damon. Damon gave a positive indication of the odor of narcotics, leading to a search of the truck. Officers located a crystal-like substance police believe to be methamphetamine as well as a scale, marijuana, several small baggies and $993 in cash.

After being advised of his rights, Slaven admitted that everything investigators had found belonged to him, according to the uniform citation. He was arrested and charged with no registration plates, obstructed windshield, 1st-degree trafficking in methamphetamine, possession of drug paraphernalia and possession of marijuana. Slaven is being held at Boyle County Detention Center on a $5,000 bond.