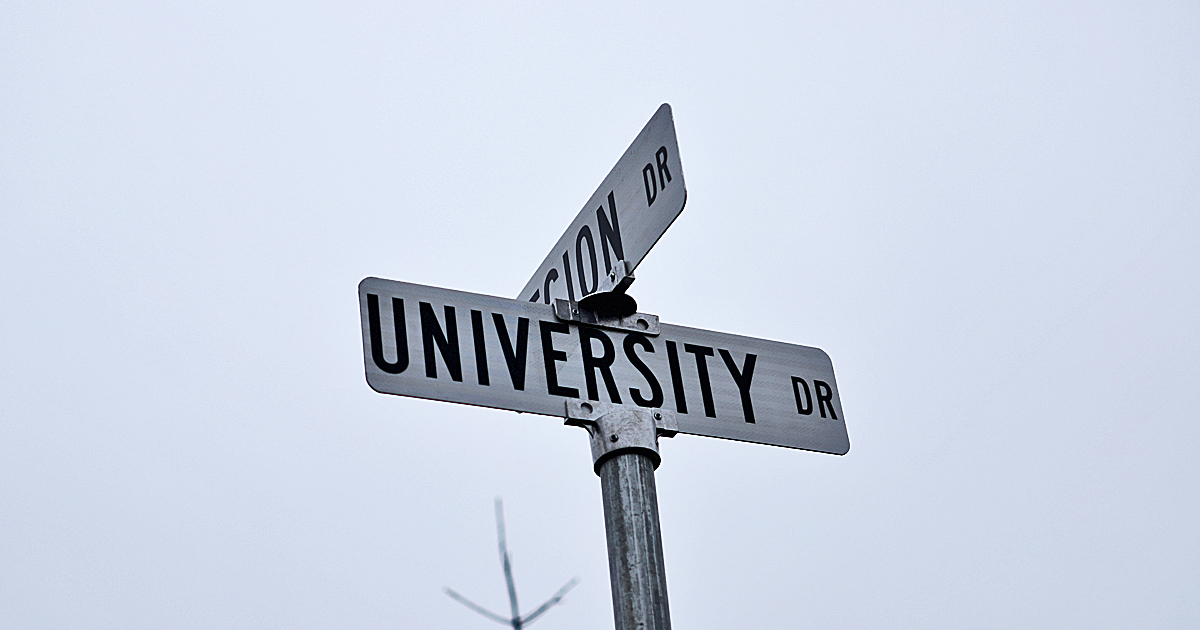 Wes Carter of Campbellsville University-Harrodsburg is calling a letter that appeared to show a payment from the City of Harrodsburg for paving a road was used elsewhere is a mistake.

The Freedom From Religion Foundation, a non-profit based in Madison, Wisconsin, obtained records from the City of Harrodsburg through an open records request. Among the documents were two letter from Michael Carter, president of Campbellsville University, to Harrodsburg Mayor Art Freeman. Both letters are dated March 22, 2019.

The first paragraph in the first letter reads: “Thank you for your recent gift to Campbellsville University in the total amount of $200,000.00 with $150,000.00 designated to the Harrodsburg Road Project and $50,000.00 to the Harrodsburg Center Scholarship Fund.”

This would appear to be in violation of the memorandum of understanding between the city and the university, which specifies that the city will provide reimbursement “only for work done on the road, curbs, gutters, drains and sidewalks.”

On March 29, 2019, Mayor Freeman wrote Michael Carter, saying, “I must remind you that by law, and as agreed to in the Memorandum of Agreement that we both signed, this is prohibited. I urge you to honor our agreement and only use funds from the City of Harrodsburg for work done on the “Harrodsburg road project.””

“It was an automated letter that goes out from our office of development in Campbellsville, Kentucky,” Carter said.

The city agreed to reimburse Campbellsville a total sum not to exceed $1-million in annual payments over five years for the construction of the road, including in-kind contributions.

“We’ve expanded the road,” Carter said. “We think it’s the right thing to do.”

That road, University Drive, as well as all curbs, gutters, drains and sidewalks, will be conveyed to the City of Harrodsburg within 30 days of completion, according to the memorandum of understanding.

Carter and other university officials, including Maintenance Coordinator Marvin “Bubby” Isham and Industrial Education Coordinator Jack Coleman—who are both Harrodsburg city commissioners—stress that most of the money is being spent here in Mercer County on local contractors and locally sourced materials.

“This is probably the greatest thing to happen to this community in my lifetime,” Coleman said Monday.

“In all honesty, it’s a farce,” Carter said of the letter from the Freedom From Religion Foundation. “We’re helping to give young men and women education opportunities, we’re onto something pretty good.”

The Freedom From Religion Foundation was founded in 1976 to promote the separation of church and state, as enshrined in the first amendment of the U.S. Constitution. The organization claims to have 32,000 members in all 50 states.

Ryan Jayne, the staff attorney for the Freedom From Religion Foundation, said they were alerted by a local resident who objected to their taxes being used to fund a university that they said discriminates in hiring and admissions based on religion.

Jayne declined to identify the resident, who complained they could neither get a job at nor attend the university because they do not meet the university’s strict religious standards, which include being a believer in Jesus Christ, not co-habitating with a member of the opposite sex and other intrusive restrictions.

Wes Carter said the complaint is not accurate.

“Students do not have to be believers in Christ to attend. Employees do not sign a faith statement upon employment either,” he said.

Ryan Jayne of the Freedom From Religion Foundation said they had received the records they requested, but no other records indicating that the problem had been corrected or reliable assurances that it wouldn’t happen again in the future.

“The important thing to remember is that Harrodsburg taxpayers have a right to a government that won’t use their taxes to advance religion,” Jayne said via email. “It appears the city took appropriate steps to make sure they followed this rule, but given this misstep by the college, the city owes their taxpayers clear, reliable proof that these funds will be used only for a secular project.”

Jayne said the Foundation prefers to resolve complaints with education rather than litigation.

“This is certainly not an attempt to sabotage Campbellsville in any way,” Jayne said. The Freedom From Religion Foundation’s “goal is to protect the religious liberty of Harrodsburg taxpayers.”

Mayor Art Freeman called the Foundation’s complaint part of what happens with any large building project.

“It’s just an oversight on Dr. Carter’s part,” Freeman said, referring to Campbellsville University President Michael Carter. The mayor said he was satisfied the university had not misused any city funds.

“My goal so far is to make sure everything we do is based on the agreement,” Freeman said. “We’ve got the invoices.”

The city has yet to make a second payment to the university, the mayor said. According to the memorandum of understanding, reimbursements are “subject to city’s financial condition.”

Freeman said the city may not be able to make another contribution towards the road in the next fiscal year. He said expenses such as opening the new police headquarters have reduced the city’s investment capacity.

“I don’t think we’ve got the money,” he said. “It’s been a pretty tight budget.”