Lewis, Drakeford and Price all in double figures 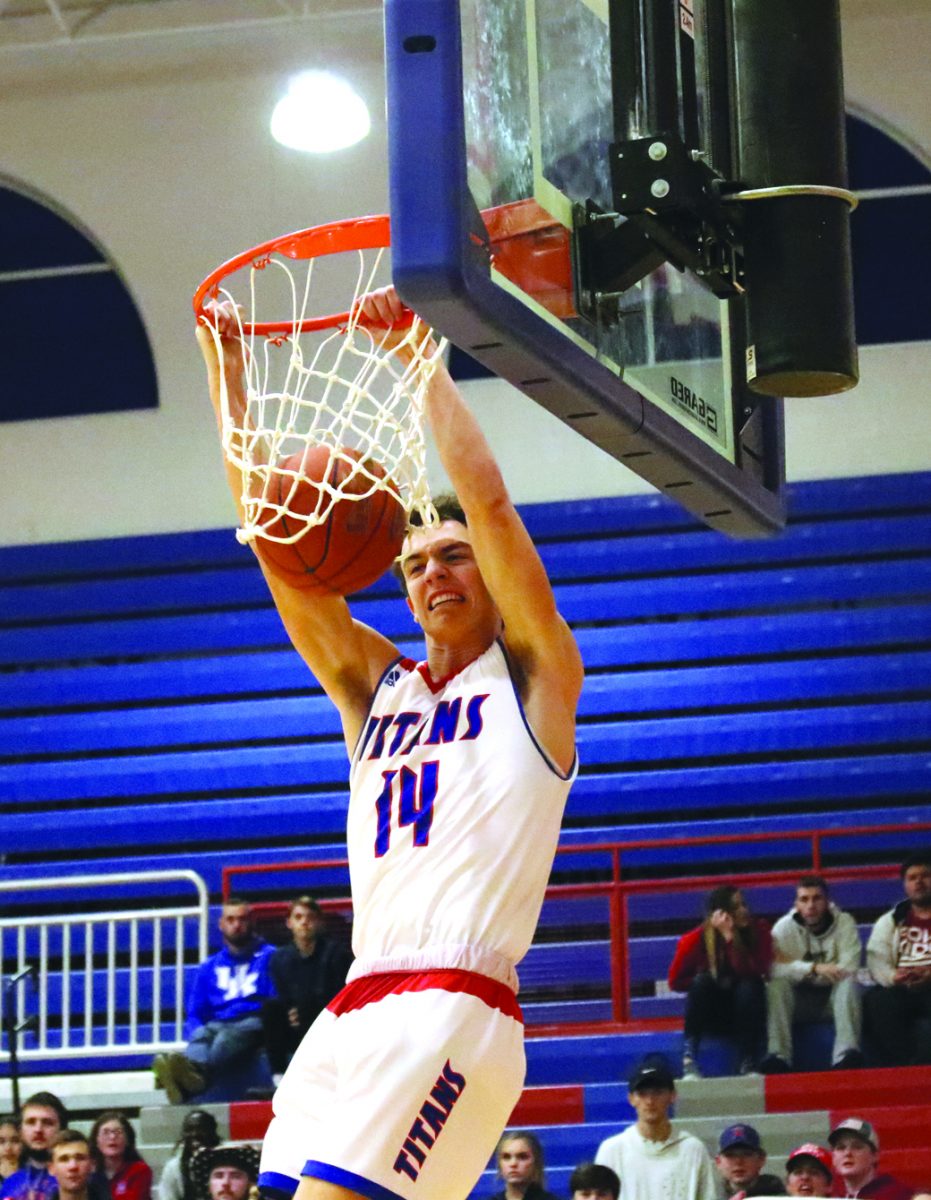 Mercer County senior Kaelin Drakeford goes up to slam it home for two of his 13 points against Burgin on Tuesday, Jan. 28. Drakeford had three dunks in the first half en route to a regular season sweep of the Bulldogs. (photo by Arpan Dixit)

The Mercer County Titans (13-8) and the Burgin Bulldogs (2-19) met for the second time in a week on Tuesday, Jan. 28, with the Titans coming away with the 77-40 win, completing the regular season sweep of the Bulldogs.

Seniors Kaelin Drakeford and Trey Price each had a game high 13 points to lead the Titans. Senior Jamisen Lewis was the last Titan in double figures with 10 points and also had a game high four assists, tied with senior Micah Cheek who also had four dimes.

“It’s not a skill thing and it’s not that we don’t know how to play defense, it’s more of a want to,” said Head Coach Josh Hamlin. “It’s realizing that we are athletic enough, understand what they are supposed to do and tonight we were instinctual. We made good reads and got a lot of live ball turnovers.”

Hamlin said this was the best his team moved the ball all season.

“Our defense really propelled our offense,” he said.

The Titans forced 19 turnovers, compared to only seven for them.

Burgin Assistant Coach Dennis Berry gave his thoughts on his team’s effort after the game.

“First time we played them, they didn’t have Jamisen Lewis,” said Berry. “He’s a really quick guard and a really good player. His quickness really makes Mercer County a lot better. He’s able to get the ball up quickly and there was times when we weren’t even set, and he was already driving the ball to the rim. I thought we struggled and they put a lot of pressure on us.”

The Bulldogs took an early timeout in the first quarter after a 17-5 run to start the game for the Titans.

Price started out the game strong, according to Hamlin, who was impressed with Price’s aggressiveness.

“Trey (Price) is such a good kid. We’ve been fighting with consistency with him for a long time,” said Hamlin. “When you struggle with confidence, you start thinking the worst. Trey has played well the last two games and it’s good to see him smiling again. When he wants to, he’s an x-factor on our team. He can do everything on the court. He’s one of my favorite kids that I’ve coached. He’s worked his tail off.”

The Titans took a 56-20 lead at halftime and cruised in the second half.

Burgin junior Jackson Qualls and his brother, freshman Jacob Qualls, each had identical stat lines. Both scored seven points and had two rebounds.

Sophomore Roleeke Smith was a bright spot in the second half for Burgin, scoring eight of his 10 points in the final two periods.

Berry talked about Burgin’s improvement since the beginning of the season.

“We’re just trying to get them into that mind set that they’ve got to compete,” he said. “We still have to have that belief that we can compete with anybody, but the strides are there. I thought the second half, the group that was out there, played really hard.”

The Titans will be back on the court this Friday, Jan. 31, for their final district game of the season against East Jessamine at 7:30 p.m.

Burgin will play again on Friday as well, travelling to St. Francis. Tip-off is set for 8 p.m. 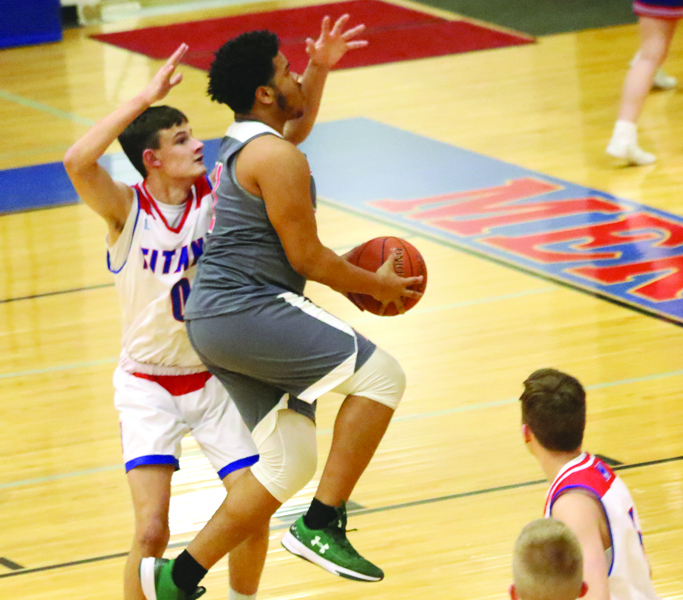 Burgin sophomore Roleeke Smith drives to the lane for two of his 10 points against Mercer County on Tuesday, Jan. 28. (photo by Arpan Dixit)