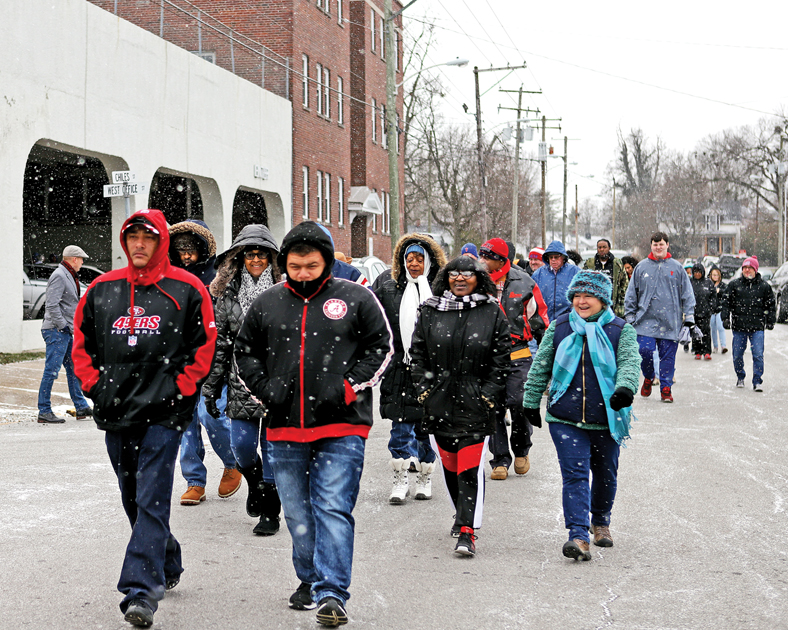 Mercer County residents braved freezing temperatures to march in honor of Dr. Martin Luther King Jr. on Monday, Jan. 20. A series of events to celebrate Black History Month have been planned for February. For more pictures, check out page 2A.

People braved the frigid temperatures that morning to march down Chiles Street, up Broadway and then back to the church on Main Street. Students from Campbellsville University and Mercer County schools participated.

For most of the speakers who took part in the program after the march, it was easy to draw parallels between the divided America of King’s time and our own. 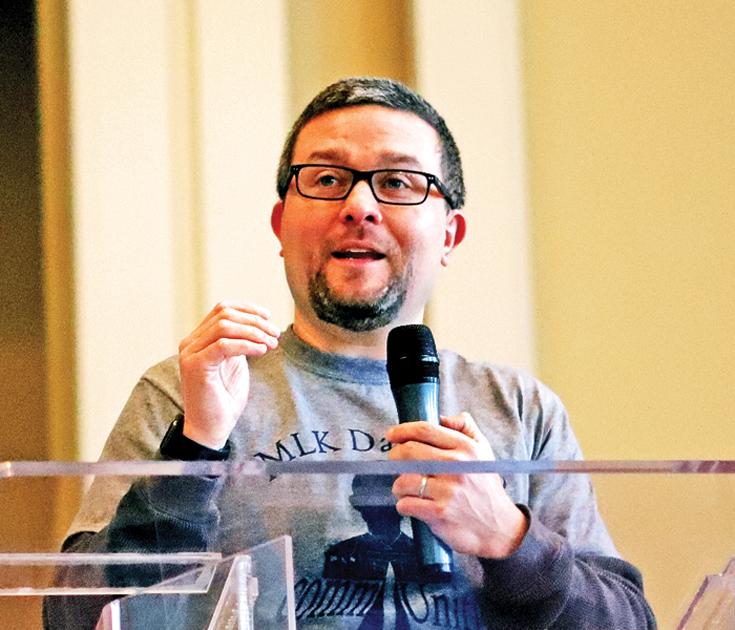 Paul Gibson, senior pastor of Harrodsburg Baptist Church, said the fight for civil rights was a battle “that can only be won with love.”

Paul Gibson, senior pastor at Harrodsburg Baptist Church, noted that the Civil Rights movement was modeled after Christ’s teachings  to “love your enemies and pray for those who persecute you.”

“Only love and light can prevail in this struggle,” Gibson said.

Harrodsburg Mayor Art Freeman noted that, when King was alive, Freeman didn’t understand his mission. He said, only with time and with the help of his wife had he come to understand what King was truly after.

“I wish I’d been part of the fighting…on the right side,” Freeman said.

He invited the audience to apply themselves toward King’s mission to heal a divided nation.

The keynote speaker, Elizabeth Mays said it was not enough to tolerate people. We have to be willing to accept people who are different from us.

With love, Mays, who is currently serving as a Kentucky Strengthening Families coordinator, said differences like skin color doesn’t matter. “Live with an intent to love,” she said.

Mercer County’s MLK celebration was recognized at the state kickoff in Frankfort on Jan. 15, which would have been King’s 91st birthday.

February is Black History Month. The celebration has Kentucky roots. It was the brainchild of Carter G. Woodson, the “father of black history.” Woodson was born in Buckingham County Virginia in 1875 to former slaves. 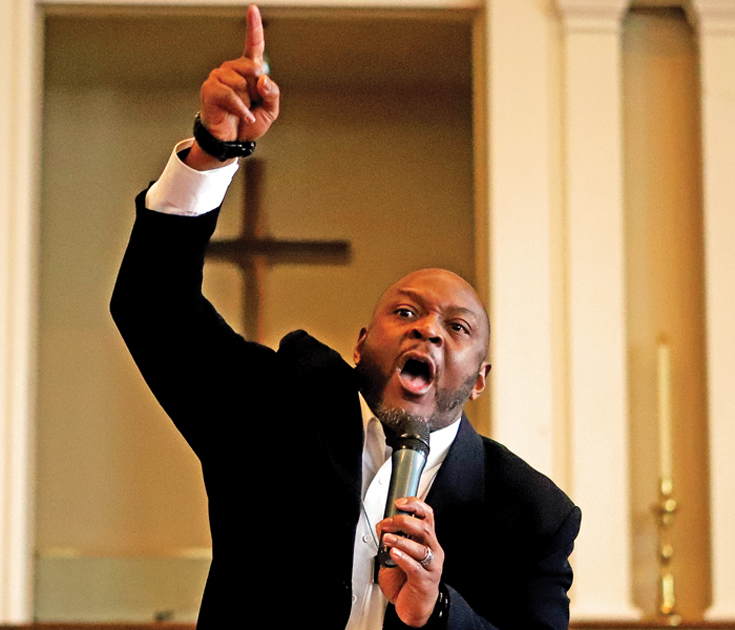 Donald Wayne Smith of Centennial Baptist Church led the audience in a reaffirmation of their faith, leading the crowd to proudly say “I won’t give up!”

He earned a bachelor’s degree at Berea College in 1903 and went on to attain degrees from the University of Chicago and Harvard. He was one of the first people to conduct scholarly research into black history. Working with others, he founded the Association for the Study of Negro Life and History in 1915 and began publishing the “Journal of Negro History” one year later. In 1926, he created “Negro History Week,” which coincided with the birthdays of Abraham Lincoln and Frederick Douglass. This was expanded into a monthlong celebration in the 1970s.

Mercer County Public Library will have special displays of books and local photography during February. They will also host a special film series, with movies shown every Sunday at 2:30 p.m. Other local Black History Month celebrations include:

For more pictures of MLK Day 2020, check out this week’s issue of the Harrodsburg Herald.