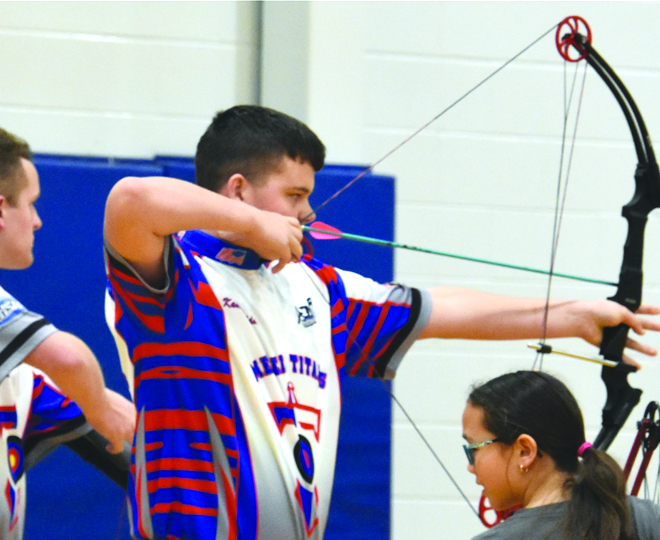 Mercer County freshman Kamron Maddox was the top male finisher for the Titans with a score of 287 on Saturday, Jan. 11. (photo by Eric Miller)

After kicking off their season last week at the Scott County Cardinals Classic, the Mercer County archery team hosted their first tournament of 2020, in a state qualifying event on Saturday, Jan. 11.

The Titans finished second overall out of five teams with a score of 3289.

“We had a great weekend,” said Head Coach Eric Miller. “We had some great talent come through this weekend and Mercer County stepped up their game to compete.”

Senior Bailey Robinson was the top female finisher, placing second out of 150 competitors with a score of 288.

Freshman Kamron Maddox was the top male finisher for the Titans, placing fourth out of 181 competitors with a score of 287.

“The pieces to this team are starting to come together,” said Miller. “If we can make it come together all at once and at the same time, you’re going to see something special.”

Miller thanked all the volunteers who were able to make this event happen on the Mercer County Titan Archery Facebook page. “I just want to thank everyone that made this happen,” he said. “All the parents and family who volunteered their time and helped in any way is so much appreciated.”

The Titans will be back on the shooting range on Saturday, Jan. 18, as they compete in the Lincoln County High School Invitational. 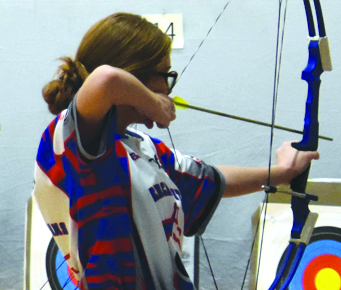 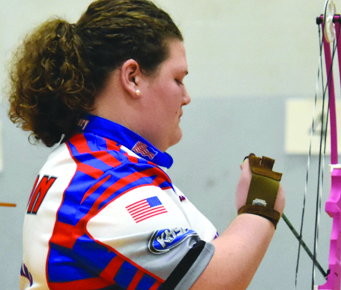 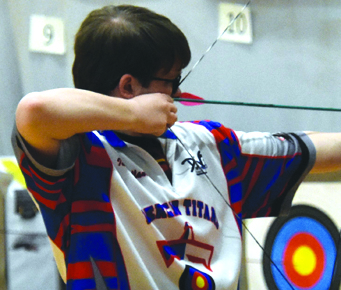 Mercer County sophomore Ian Spillane sets to shoot this past Saturday, Jan. 11, in the first home competition for the Titans. Spillane shot a personal best 254, placing 57th among males. (photo by Eric Miller)