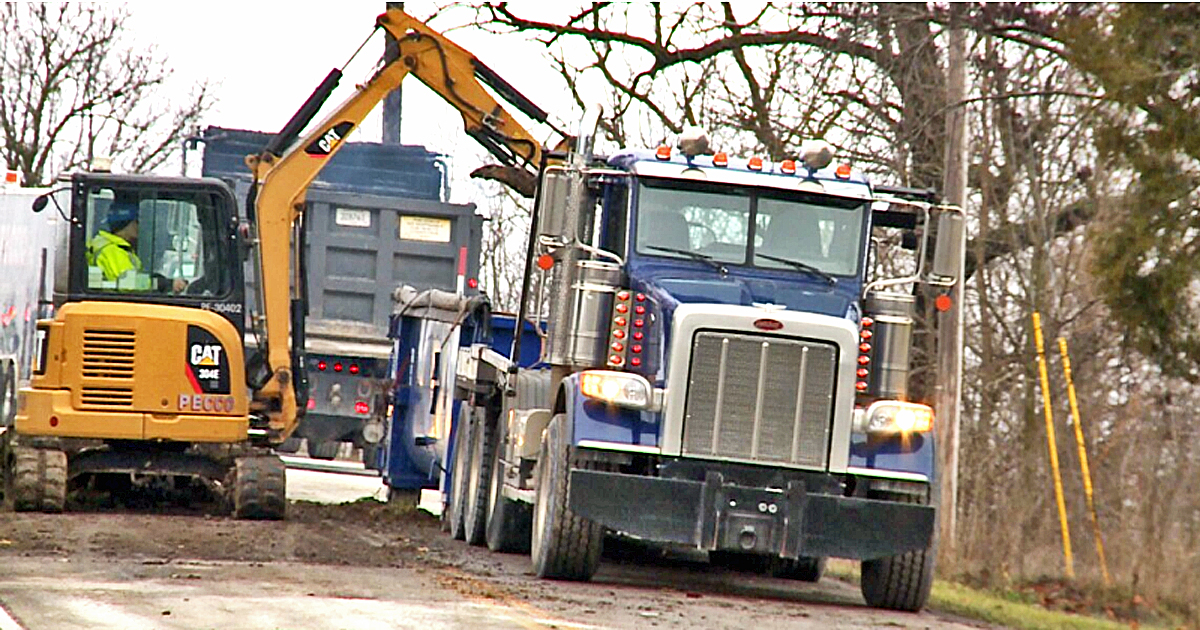 Burgin Road was closed from 7:30 a.m. until 1 p.m. after diesel fuel and oil were spilled on the roadway on Saturday, Jan. 4. (Photo: Olivia Russell, WKYT.)

Burgin Road/Kentucky 152 was  closed most of Saturday morning as authorities cleaned up spilled oil and diesel fuel after an accident.

The Mercer County Sheriff’s Office received a report of an accident on Burgin Road after 6 a.m.

According to Sheriff Ernie Kelty, a semi with no trailer was on its way into Burgin when the driver apparently lost control of the truck, sideswiping at least one other vehicle and running into a tree.

The semi’s oil pan was ripped off in the crash, spilling oil and diesel fuel onto the roadway. Burgin Road was closed at the Kentucky 127 Bypass  as crews worked to clean up approximately 40-45 gallons of diesel fuel.

The road was finally cleared around 1 p.m., Kelty said.

The sheriff said the semi driver  received treatment for minor injuries, but no other injuries were reported. He said no charges have been filed. “It was just a bad accident,” Kelty said. “We’re glad no one got hurt.”