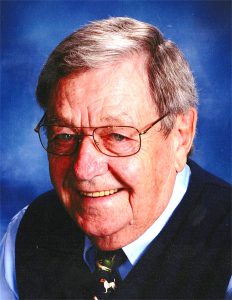 Born June 9, 1933, in Jefferson County, he was the son of the late Kenneth Joseph and Evelyn (Smith) Niemann.

He was a retired family health center pharmacist in Louisville and was a US Army veteran.

Ken was also a member of the Harrodsburg Lions Club and was a former thoroughbred race horse trainer and owner of Niemann Thoroughbreds.

He was preceded in death by two daughters, Brenda Schroeder and Natalie Michelle Watts, and a brother, Donald T. Niemann.

A funeral mass will be held at 11 a.m. on Saturday Dec. 21, at the St. Andrew Catholic Church with Fr. Al DeGiacomo, Fr. Nick Rice, and Deacon Richard Abby officiating.