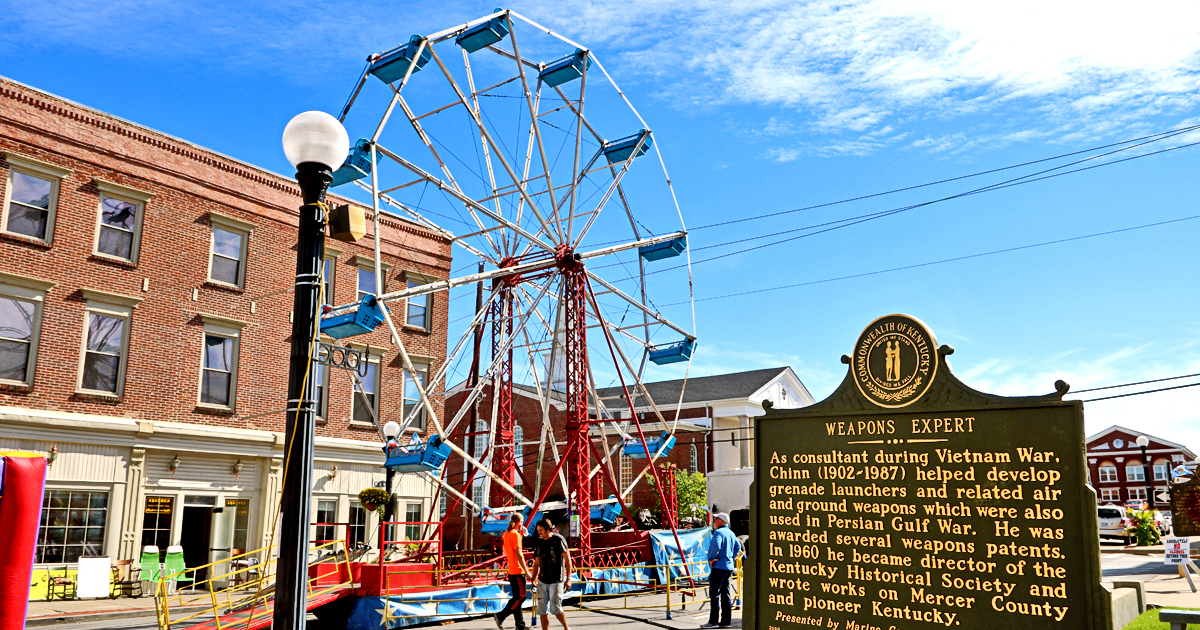 Organizers say the Ferris wheel on Main Street, one of the biggest hits at Oktoberfest 2018, will return next year.

Over the past four years, Oktoberfest has become one of the signature events in Mercer County. And this year, it added yet another accomplishment to its resume: it finally turned a profit.

Julie Wagner, executive director of the Harrodsburg First Main Street Program, said the festival realized a profit of $16,053.64 after expenses at last week’s board meeting.

“I feel pretty good that’s our number,” said Wagner, who attributed the profit to the fact that the organizers did not have to make any capital purchases to get downtown Harrodsburg ready for the festival this year.

“We didn’t have to buy any capital equipment,” she told the Harrodsburg First board of directors.

The festival also spent a lot of money this year, with $12,223.24 spent on advertising, including billboards in Harrodsburg, Danville, Frankfort and Nicholasville and ads in local papers, radio stations and Kentucky Sports Radio, which Wagner said is the cheapest way to get statewide coverage. They also paid out $28,237.45 for music and entertainment.

What made it all possible was the $52,250 in sponsorships Oktoberfest collected year, with the two biggest contributions coming from the City of Harrodsburg and the Harrodsburg-Mercer County Tourist Commission.

They also received feedback on the festival. Oktoberfest visitors want more German food and German music, at least when the bands aren’t playing.

Oktoberfest also realized $785 in revenue for the carnival rides downtown, which were operated by Tony Best of Lawrenceburg. There were complaints about there being no Ferris wheel this year. Wagner said even though people liked taking pictures of it, they didn’t like riding it, especially during last year’s cold weather. The Ferris wheel barely broke even its first year.

However, Allen Goldie, chairman of the Harrodsburg First board of directors, said they needed to bring it back.

“If you can keep the Ferris wheel and break even, keep it,” Goldie said. He said it added something.

Goldie also pushed back against a suggestion to eliminate Sunday, which has never lived up to the other two days of the festival.

“I think we need to do it for a couple of reasons,” Goldie said. First, the festival is already set up and they can’t really remove it until Sunday, and secondly, he said the weather has never really worked out so that they had three solid days.

“We haven’t really had the opportunity because of the weather,” Goldie said.

Another complaint was that there was only one place selling water and soda this year, which organizers said they would work on expanding next year. Visitors also complained about the lack of walking room.

Wagner wants to expand the festival yet again all the way to Mooreland Avenue. That final block would be for carnival rides, which would be moved out Saturday night to allow for church services the next day. 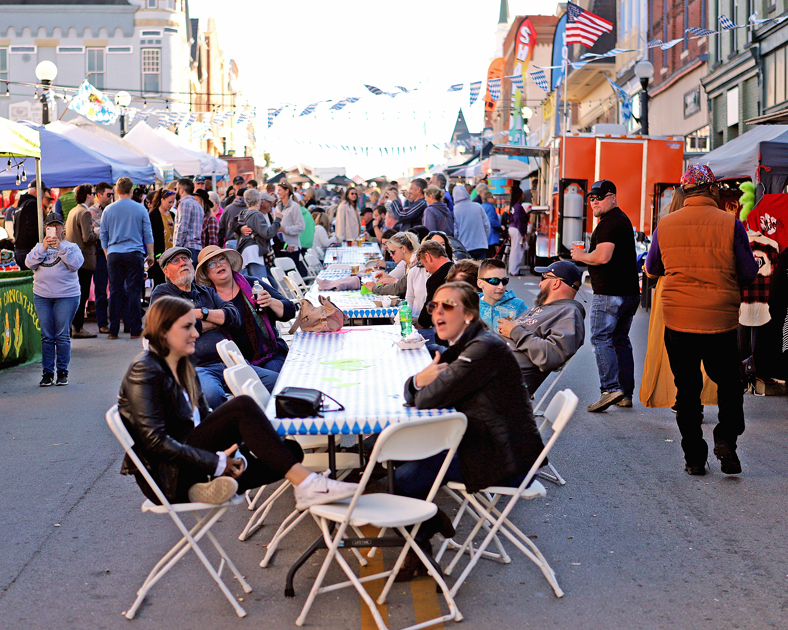 While some merchants have complained about the noise, most downtown merchants are happy with the crowds drawn by Oktoberfest. Organizers are looking at expanding the festival yet again next year.

Organizers are also taking a look at how they handle vendors next year. They either need to charge more for vendor spots or charge them for the power they use. They also need to look at making sure vendors are in place on time. One vendor tore down lights while backing into their spot.

They praised the volunteers and workers, especially the Burgin Boys Basketball team for how they handled trash collection.

“Those kids were amazing,” Wagner said.

“We need more people involved on the committee and we need much more on the street,” he said.

Goldie called Oktoberfest big, but not just for Harrodsburg.

“This is enormous for Mercer County,” he said.

He said he thinks the festival is only going to grow larger. Even though organizers have no way of knowing how many attended, Goldie said it was one of the largest crowds for any festival in the area, drawing people from across the state, across the nation, even international travelers. This year they drew people from Austria.

“This will eventually get, I think, some sort of national attention, and it will explode when it does,” he said.

In other business, the Harrodsburg First Main Street Program:

• Declined to move Main Street Market Nights from Fridays to another night or to move it off Main Street. The organizers of the monthly Cruise-Ins had asked about possibly combining events, but there was little enthusiasm for the idea by any members of the board of directors.

While the market nights did not make money in their first year, Goldie noted Harrodsburg First had missed out on a sponsorship by not filing the application on time. He believed the events would grow with time. “It’s going to grow by expectation,” Goldie said.

There will be three market nights next summer.

• Heard a progress report on the Christmas parade from Chris Dotson of the design committee.

The Twilight Christmas Parade happens Friday, Dec. 6, at 6:30 p.m. Kids will be able to visit Santa after the parade. Goldie-Goldsmith Vigneri of Studio G will serve as grand marshal.

• Agreed to apply for a Kentucky Utilities grant to light up the buildings for the holidays next year. The application is due Nov. 30.

• Declined to make a donation to the Harrodsburg Historical Society Tea Room.

• Announced changes to the board of directors for next year. Current board member Greg Souder is leaving and there is another vacancy on the board.

• Learned board member Connie Allen is working on creating a new administrative policy handbook for the organization.

The Harrodsburg First board of directors will hold a work session to look at the handbook on Thursday, Dec. 12, at 4 p.m.