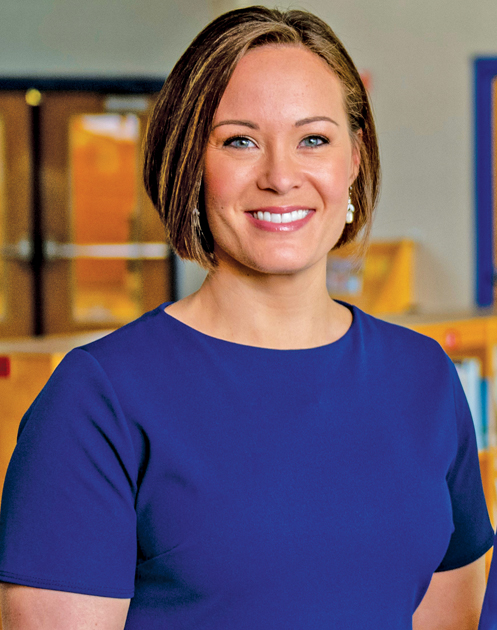 Lt. Gov.-elect Jacqueline Coleman said she and Gov.-elect Andy Beshear want to give Kentuckians a voice in running the state, especially teachers. Many teachers felt they were being ignored during recent attempts to reform the state pension system. (Image submitted.)

The 2019 gubernatorial election finally over, Lt. Gov.-elect Jacqueline Coleman vows to give Mercer County something we haven’t had in a long time: a voice at the state capital.

Harrodsburg may be the oldest settlement in Kentucky, but no Mercer County resident has held a state level office since Coleman’s great-grandfather, Clell Coleman, who served as auditor and as state agriculture commissioner. The closest Mercer has come to a statewide office holder in recent history is State Auditor Mike Harmon, who won his bid for re-election. Harmon is originally from Mercer County but currently resides in Boyle County.

“That’s a voice we have not had in a very long time,” Coleman said.

But giving a voice to people and to regions that have not been heard from has been a constant theme in the campaign of Coleman and Gov.-elect Andy Beshear.

Politics is a Coleman family tradition. In addition to her great-grandfather, Coleman’s father, Jack, served Mercer County in the Kentucky House of Representatives from 1991 to 2004. He has served on the Harrodsburg City Commission since 2016.

“We’ve always grown up talking basketball and politics,” Coleman said. “He has always pushed me to do better.”

She said she is encouraged by some of the development she’s seen in Mercer County over the last few years. “The infusion of higher education with the addition of  Campbellsville University at Harrodsburg has really started to bring things to Mercer County,” she said.

Not long after Gov. Matt Bevin conceded the race when a recanvass showed no change in the election results, Beshear and Coleman announced more than 150 members of their transition team. Coleman said the team is made up of people from “all parties, all races, all genders.”

“We’re a very diverse team,” she said. Beshear is from Louisville while Coleman is from Mercer County. “We both have the perspective of urban and rural Kentucky.”

Wherever they or the members of the transition team come from, Coleman said they all shared “the exact same values.” 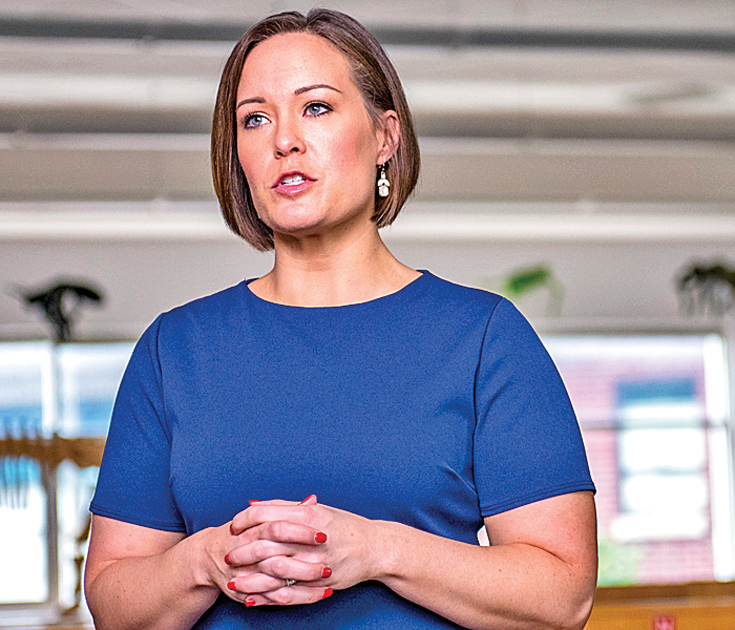 When Jacqueline Coleman takes office as lt. governor on Dec. 10, she will be the first Mercer County resident to hold a statewide elected office since her great-grandfather, Clell Coleman. (Image submitted.)

Another group who feel they have not had a voice in state government are teachers, whom Coleman credits with making the difference in the close gubernatorial race. Beshear and Coleman have  announced that teachers will serve as the grand marshals for their inauguration parade.

“I was one of the teachers who was locked out of the capital,” said Coleman, a teacher and former basketball coach. “We don’t only owe them for the election victory, we owe them for the job they do everyday.”

She said she and Beshear want to make sure there is support for higher education in the state budget.

They have a challenge before them. After the inauguration, Beshear and Coleman will be the only Democrats to hold a state level office. The legislature is Republican controlled.

“None of those things is partisan,” she said. “They’re things all elected officials should be working toward.”

Coleman said they are looking to pay for that by expanding gaming and directing 100-percent of the revenue towards shoring up the pension system. They’d also like to legalize medical marijuana and make the tax code fairer for all Kentuckians by closing tax loopholes that only benefit the top one-percent.

But their chief priority, Coleman said, is making sure “we have an inclusive government that listens.”

The inauguration is scheduled for Tuesday, Dec. 10, in Frankfort.