Four Mercer Students Get A Jump On The Future 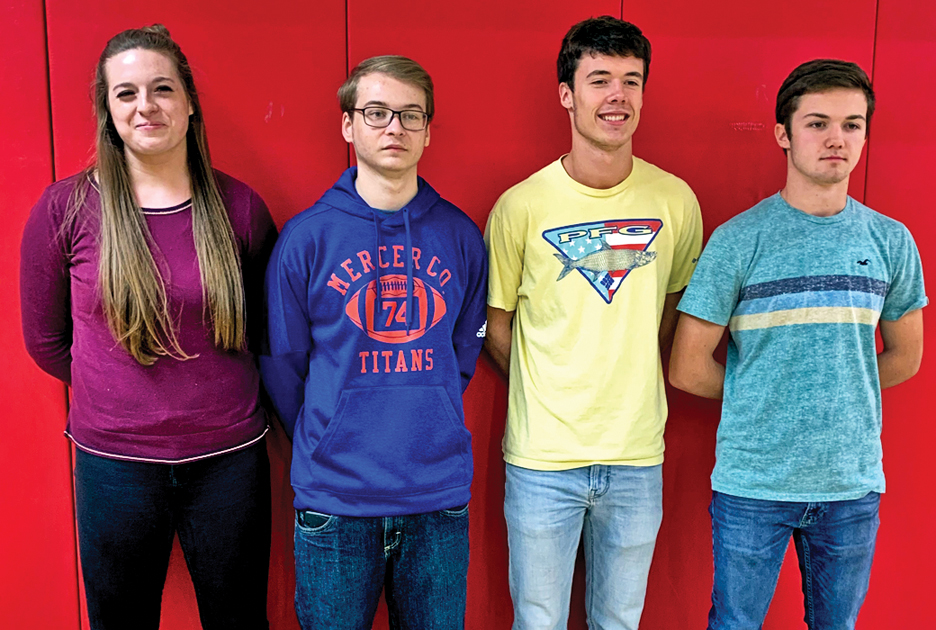 While Mercer County has been busy celebrating the sacrifice of our veterans for the past two weeks, maybe we need to spare a moment to celebrate another select group: the veterans of the future.

Many high school seniors don’t know what they want to do with their lives, but four students at Mercer County Senior High School have gotten a jump on the future by  joining the military.

Some are joining to get their college education paid for by Uncle Sam, the opportunity to travel the world and a chance to prove themselves.

For Chase Conrad, it’s about tradition. Conrad plans to train as a special forces combat controller in the United States Air Force. He said he’s following in his father’s footsteps.

Marley Singleton wants to train to be a medic in the U.S.  Army with the ultimate goal of becoming a doctor. In addition to gaining knowledge and experience, Singleton said she also looks forward to military service as a chance to prove her strength.

Tyler Ennis plans to learn about special intelligence/technology in the Army. Ennis said he joined because of college, and the opportunity to travel.

Brady Thornton has also joined the Army for college and the opportunities for personal advancement.

The military offers a lot of opportunities, but there is a lot of sacrifice. According to Military.com, over 15-percent of recruits wash out of boot camp. On the other hand, the military is one of the few careers where you can retire after 20 years.