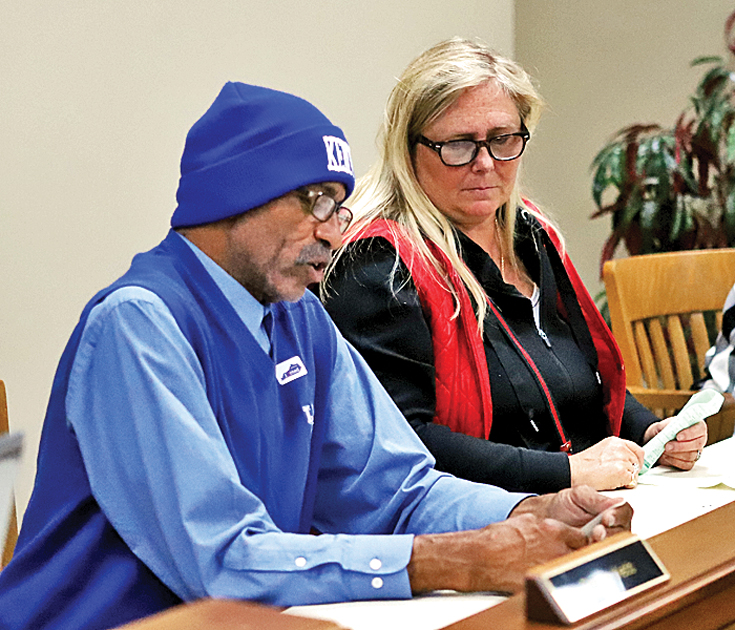 Walter Taylor and Donna Holiday of the Mercer County Board of Elections review the precinct results on Tuesday night.

It was a great night for Republicans who were not incumbents as well. Daniel Cameron, who was running for office for the first time in his political career, easily defeated his Democratic challenger, Greg Stumbo, claiming 57-percent of the statewide vote. Other than the gubernatorial race, the only other close election was for Kentucky secretary of state. At nearly 9 p.m., the race was called for Republican Michael Adams. Adams claimed 52-percent of the vote to defeat Democrat Heather French Henry.

The other big story for this year’s election was turn out. According to the unofficial results, 8,477 voters went cast their ballot this year. In 2015, only 5,878 Mercer County residents—34.3 of the registered voter population, according to the Kentucky Secretary of State’s office—showed up at the polls.

Statewide polls showed the gubernatorial race was a tie leading up to election day. Jacqueline Coleman, the Democratic lt. governor candidate, spoke with the Harrodsburg Herald earlier on Tuesday. A Harrodsburg resident and a Mercer County native, Coleman is the daughter of former State Rep. Jack Coleman. She said she hoped to follow in the footprints of her great-grandfather, Clell Coleman—who served Kentucky as both auditor and state agriculture commissioner—to be elected to statewide office. 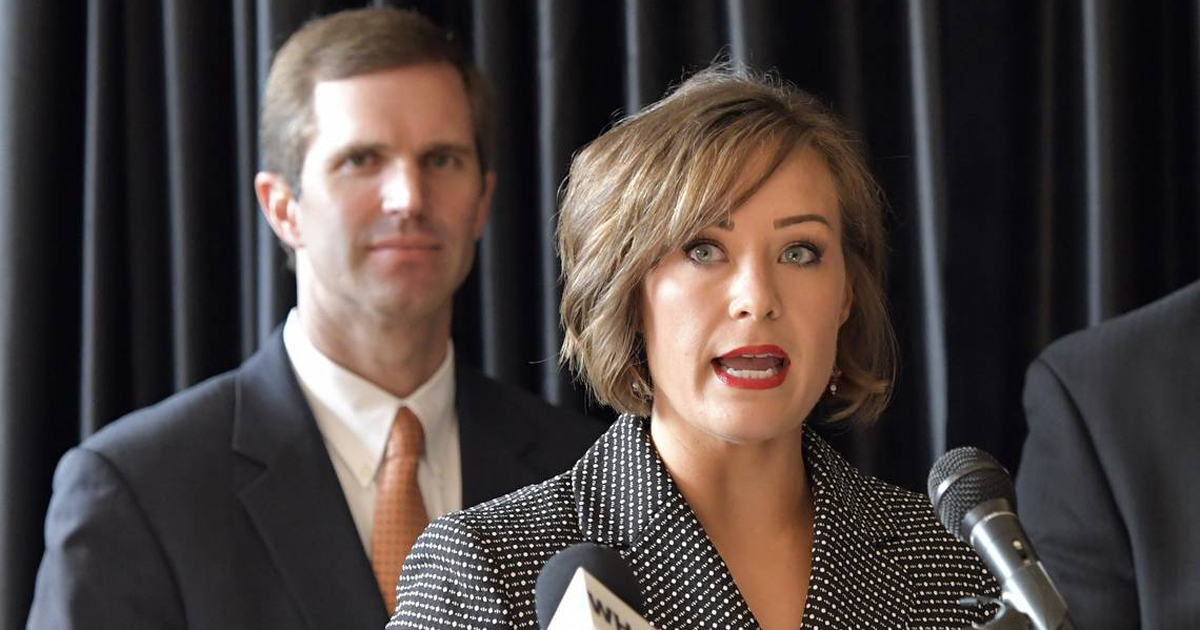 If the election results stand, Jacqueline Coleman will be the first Harrodsburg resident elected to statewide office since her great-grandfather, Clell Coleman, served as auditor and agriculture commissioner. “I look forward to giving Mercer County a voice,” she said. Photo: Timothy D. Easley, Lexington Herald-Leader.

“I look forward to giving Mercer County a voice,” she said.

Coleman first announced she was running with Beshear 18 months ago, and she said she loved being part of the campaign.

“It’s been an experience like I never would have imagined,” she said. “I feel very honored, very humble and very grateful for the experience.”

While Beshear has been declared the winner, Bevin has not conceded the race. He trails Beshear by 5,189 votes with 100-percent of precincts reporting across the state, according to the Louisville Courier-Journal.

As Mercer County voters know—the 2014 Burgin City Council race and the 2018 Harrodsburg mayoral race were both contested—there is a procedure candidates must follow when they contest election results. They must first ask for a recanvass and then a recount.

In a recanvass, election officials recheck vote tallies, making sure the totals taken from the voting machines  agree with the tallies entered into the official election book on election night. Any absentee votes are tabulated again as well. The county  covers any expenses incurred in pursuing a recanvass.

In a recount, the circuit judge orders the voting machines re-opened. Once reset, the machines would be tested to make sure they tallied votes correctly. In order to sue for a recount, the candidate must first request a recanvass. According to the Courier-Journal, Bevin has until Nov. 12 to request a statewide recanvass.

Regardless of who ends up winning the election, there will be no rest for those who are weary of campaign ads. The first presidential primary will be held on Feb. 3, 2020, in Iowa. The next general election will be on Tuesday, Nov. 3, 2020.