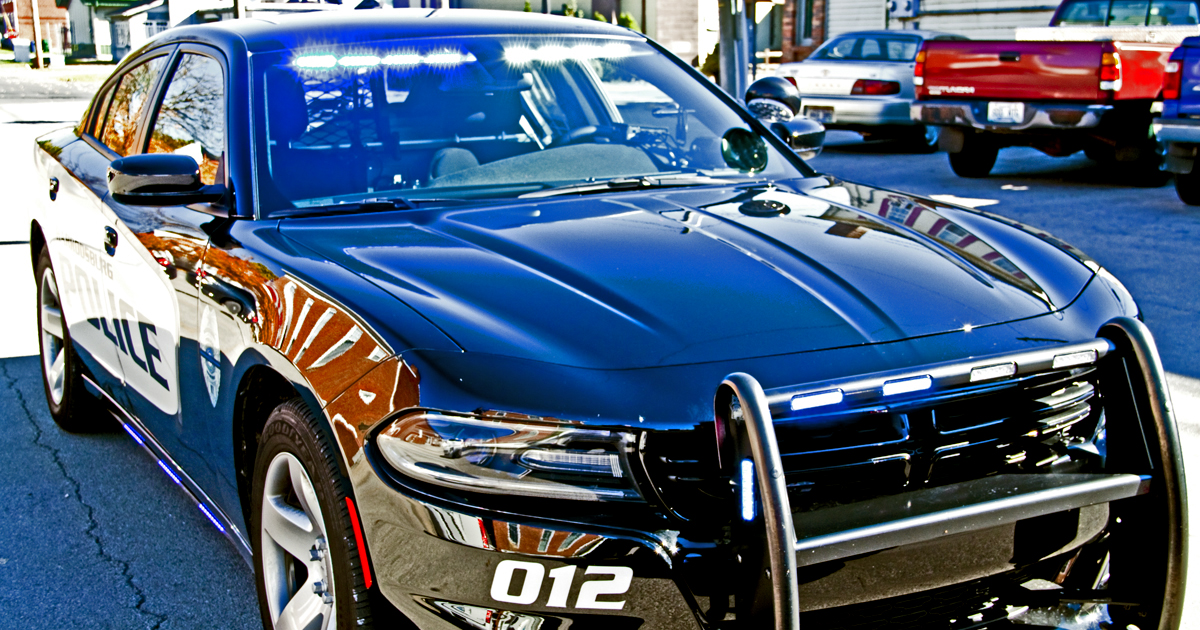 HPD are searching for the scam artist who impersonated a police officer in order to fraudulently obtain a citizen’s personal information.

Investigators are still trying to find out who tried to impersonate the police department last week.

On Friday, Nov. 1, the Harrodsburg Police Department received a report from a citizen who had received a call from 734-3311, which is one of the HPD’s numbers.

HPD Chief Brian Allen said his department never  makes calls like this. If anyone receives a call similar to this, Allen recommends they hang up and report it to the HPD.

It is likely the caller who claimed to be with the HPD was a spoofer using the department’s phone number to steal someone’s personal information.

It is surprisingly easy to spoof a phone number. Spoofcard is an app that allows callers to decide what number they want displayed on  caller ID.

It is not illegal to spoof a phone number. According to the federal government, it is only illegal when the intent is to defraud or to steal someone’s personal information.

Scammers have become increasingly brazen over the last decade, impersonating police, the FBI, the IRS or even the power company.

Last week, WLEX reported that the Bourbon County American Legion post was swindled by someone claiming to be calling for Kentucky Utilities out of $2,000 that had been set aside for Thanksgiving food baskets and holiday gifts for people in need.

The callers said the post’s   electricity would be cut off unless payment was made by money cards. The caller was so bold that after the initial payment was made, they called back asking for a second payment.

Here are some tips to avoid being scammed courtesy of the Federal Trade Commission.

Don’t wire money. Scammers often pressure people into wiring money, or strongly suggest that people put money on a prepaid debit card and send it to them. Why? It’s like sending cash: once it’s gone, you can’t trace it or get it back. Never deposit a “winnings” check and wire money back, either. The check is a fake, no matter how good it looks, and you will owe the bank any money you withdraw. And don’t share your account information, or send a check or money order using an overnight delivery or courier service. Con artists recommend these services so they can get your money before you realize you’ve been cheated.

• Don’t pay for a prize. If you enter and win a legitimate sweepstakes, you don’t have to pay insurance, taxes, or shipping charges to collect your prize. If you have to pay, it’s not a prize. And companies, including Lloyd’s of London, don’t insure delivery of sweepstakes winnings.

If you didn’t enter a sweepstakes or lottery, then you can’t have won. Remember that it’s illegal to play a foreign lottery through the mail or over the phone.

Don’t give the caller financial or other personal information. Never give out or confirm financial or other sensitive information, including your bank account, credit card, or Social Security number, unless you know who you’re dealing with. Scam artists, like fake debt collectors, can use your information to commit identity theft —charging your existing credit cards, opening new credit cards, checking, or savings accounts, writing fraudulent checks, or taking out loans in your name. If you get a call about a debt that may be legitimate — but you think the collector may not be — contact the company you owe money to about the calls.

Don’t trust a name or number. Con artists use official-sounding names to make you trust them. It’s illegal for any promoter to lie about an affiliation with — or an endorsement by — a government agency or any other well-known organization. No matter how convincing their story — or their stationery — they’re lying. No legitimate government official will ask you to send money to collect a prize.

To make their call seem legitimate, scammers also use internet technology to disguise their area code. So even though it may look like they’re calling from Washington, DC, they could be calling from anywhere in the world.

Put your number on the National Do Not Call Registry. Ok, so this won’t stop scammers from calling. But it should make you skeptical of calls you get from out of the blue. Most legitimate sales people generally honor the Do Not Call list. Scammers ignore it. Putting your number on the list helps to “screen” your calls for legitimacy and reduce the number of legitimate telemarketing calls you get. Register your phone number at donotcall.gov.

Report the Scam. If you get a call from a government imposter, file a complaint at ftc.gov/complaint. Be sure to include:

• date and time of the call

• name of the government agency the imposter used

• what they tell you, including the amount of money and the payment method they ask for

• phone number of the caller; although scammers may use technology to create a fake number or spoof a real one, law enforcement agents may be able to track that number to identify the caller

• any other details from the call