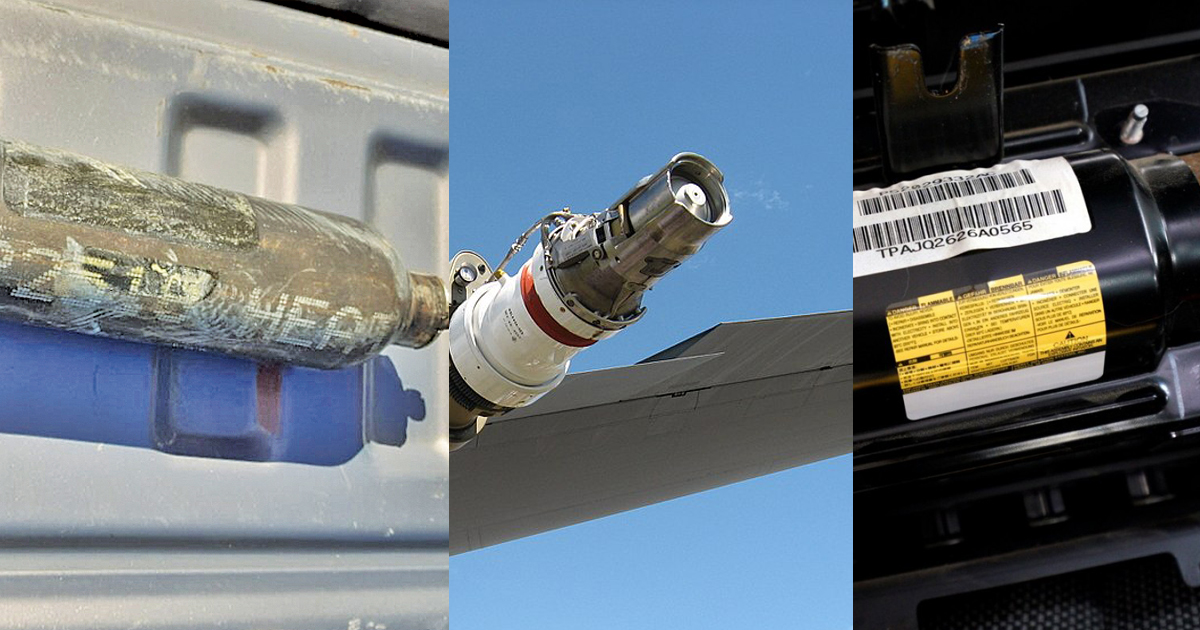 Readers have speculated that the mysterious metallic cylinder that was found embedded in the wall of a Burgin home (left) is either a refueling boom from a military aircraft (center, image courtesy Wikipedia) or the airbag inflator tank from a motor vehicle (right, image courtesy MorgueFile). What do you think?

An object which flew into a Burgin man’s home earlier this month remains unidentified, police say.

After Tommy Woosley found the UFO lodged in the wall of the mobile home he rents on Buster Pike, he called the Mercer County Sheriff’s Office on Sunday, Oct. 13.

They were not able to identify the UFO although they did eliminate the possibility the object came from a passing plane or train.

The FAA also contacted the military, who were also unable to identify the object.

This UFO is not alien in origin. It appears to be some sort of pressurized metallic cylinder, about 10 inches long and two inches wide, with English writing on the side. Cruce said he tried to research the writing online but came up empty-handed.

“I haven’t got in touch with anyone who can 100-percent identify it,” Cruce said. 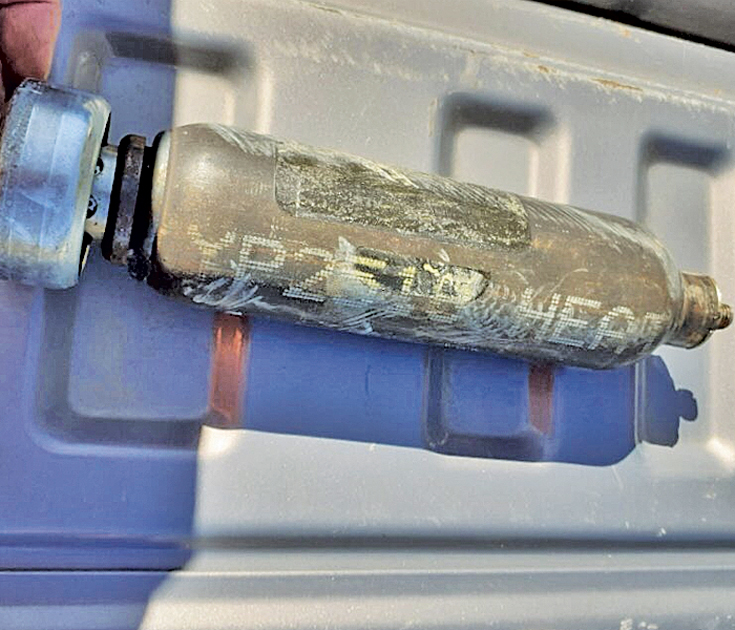 The image Tom Woosley found measures at approximately 10 inches by two inches and has writing on the side. Image courtesy WKYT.

The story of the strange object which got lodged in Woosley’s bathroom wall has gone viral. It’s grown far beyond the local media until even USA Today picked up the story. But no one has been able to conclusively identify what the object is.

Some readers of the Harrodsburg Herald have suggested the cylinder is an airbag inflater, a part from a model rocket kit or a part of the boom that military aircraft use to refuel midair. However, no one has been able to explain how any of these things could end up sticking out of the wall of Woosley’s trailer.

“Until I find a manufacturer or a federal official who can identify it, I don’t know what it is,” Cruce said.

The deputy said he was still pursuing leads in the case.

Anyone with information can call the sheriff’s office at 734-4221.