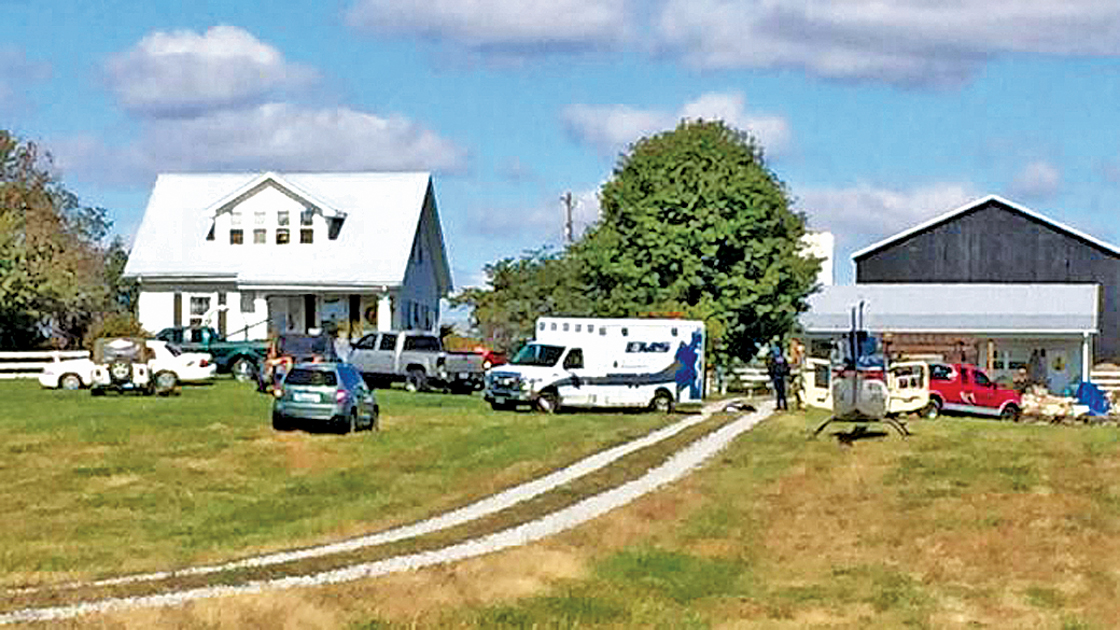 A Mercer County man has died after being severely burned while working on his home’s furnace.

According to his obituary, Raymond Douglas Jarvis, 65, died Saturday, Oct. 19, at the University of Louisville Burn Center. Jarvis was severely burned at his home on Providence Road on Thursday, Oct. 17.

Jarvis, a trained electrician who had worked at Hitachi, was lighting the pilot of a propane furnace when it exploded. He was able to call 911 for help despite his injuries.

The exact cause of the blaze is still under investigation, said Chief Ric Maxfield of the Mercer County Fire Protection District.

While the busiest time of year for home fires is December through February, fall can also be a busy time.

“Between furnaces, fireplaces and stoves, it becomes very common in the fall,” Maxfield said. However, last week’s blaze was not typical, he said.

“This was catastrophic,” Maxfield said.

While investigators are still trying to determine what started the fire, in most cases the cause is a combination of a lack of maintenance and aging HVAC systems, Maxfield said.

HVAC systems caused 15-percent of the home fires and 19-percent of the fire-related deaths recorded in a national four year survey conducted by the National Fire Protection Association. It was the second leading cause of home fires after cooking.

The Harrodsburg Fire Department, in partnership with the American Red Cross, will install smoke alarms in the homes of Mercer County residents free of charge. To learn more, call the fire department at 734-2848.

Here are some furnace safety tips courtesy of the Red Cross.

• Have an annual furnace check up from a service professional to make sure the system is running efficiently and safely. They’ll make sure there are no leaks, venting issues, broken parts or frayed wires that could be a hazard.

• Keep the area around the furnace clear. Don’t store anything potentially flammable near the furnace or water heater, especially newspapers, clothing, boxes, rugs, paint or chemicals. Vacuum dust, dog hair or anything that could be sucked into a vent or open flame of a pilot light.

• Clean or change the furnace filter monthly. A dirty filter will cause the furnace to operate less efficiently and cost you money. It could also block airflow and increase the risk of carbon monoxide (CO) leaking into the home.

• Never use an oven or stove as an alternate heating source, as there is a serious risk of CO poisoning.

• Purchase a CO detector  and test and replace the batteries.

• Make sure the smoke detectors are in working order. Change the batteries every six months.

• The area around the furnace and water heater should be a child-free zone to protect them from potential burns from hot vents or open flames, and to insure they will not inhale dangerous fumes.

• Space heaters are not intended to heat an entire home. Exercise extreme caution when using unvented, electric or propane space heaters, and follow instructions to lessen the chance of a fire or carbon monoxide exposure.

• If you smell gas, leave the area and call the fire department or gas company.

• Have a fire escape plan, and that everyone in the home knows it and a designated meeting place once out. For more information, visit redcross.org.