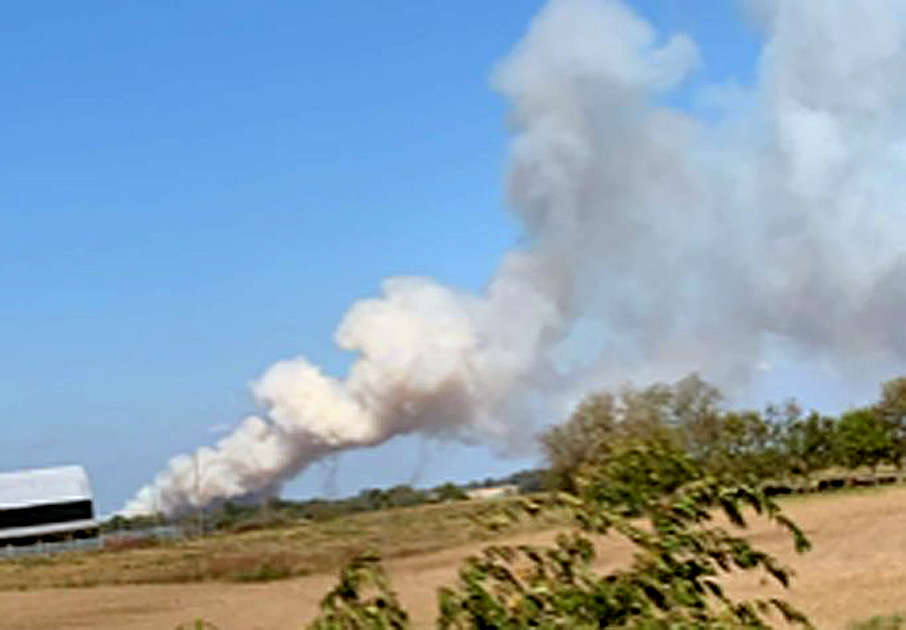 The recent drought has kept firefighters in Mercer County and across the Commonwealth busy putting out fires such as the one which shut down U.S. 68 and injured three people.

The burn advisory continues in Mercer County as the drought that has ravaged most of the state enters a second month. Even with recent rains and cooler temperatures, Mercer County is still at least two inches below the normal rainfall. This past month was the hottest and second driest September in Kentucky since the United States Drought Monitor has been keeping records.

The soaring temperatures and lack of rain turned large parts of Mercer County into a tinderbox. The climax came on Thursday, Oct. 3, when first responders found themselves fighting four different fires in Mercer County, including a massive brush fire at a soybean field near Chinn Lane which closed US 68 for almost three hours.

The next day, county firefighters made six calls, including putting out hot spots at previously extinguished blazes.

“It’s been stupid busy,” said Ric Maxfield, chief of the Mercer County Fire Protection District. “I’ve run more fires in the past 10 and a half days than in the past year.”

Exacerbating the problem is that many people have ignored the burn ban, especially after the recent rains. Even with the cooler temperatures and sporadic rainfall, Maxfield said it’s still too dry to burn anything outside.

The drought is an abrupt reversal. Just a few months ago, the complaint in Mercer County was there was too much water.

During the 12-month period ending in July, Kentucky had its wettest year ever. Flooding in Burgin was a massive problem. Then, in August,  right around the time that the World Meterological Organization declared that the El Nino period had ended, it was like a tap had been turned off. Here in Mercer County, the area went from too much rain to not enough seemingly overnight.

“In less than a year’s time we’ve gone a complete 180,” Maxfield said.

Mercer County is not the only area to be impacted. There have been fires across Kentucky and the Battle of Perryville reenactment was cancelled due to the dry conditions.

The drought is even being blamed by the state and various municipalities for algal blooms which have led to consumers complaining  about foul tasting and smelling drinking water. This includes the City of Harrodsburg’s water department, which began receiving complaints last week. Officials say there is no health risk posed by consuming the water, and they are trying to eliminate the biological agents that cause the problem.

But for firefighters, eliminating dry conditions is not as easy as turning on a tap. It’s going to require rain to ease the risk of another fire like the one on Chinn Lane.

Here are some fire safety tips courtesy of the American Red Cross.

• Install smoke alarms on every level of your home, inside bedrooms and outside sleeping areas.

• Test smoke alarms every month. If they’re not working, change the batteries.

• Talk with all family members about a fire escape plan and practice the plan twice a year.

• If a fire occurs in your home, get out, stay out and call for help. Never go back inside for anything or anyone.