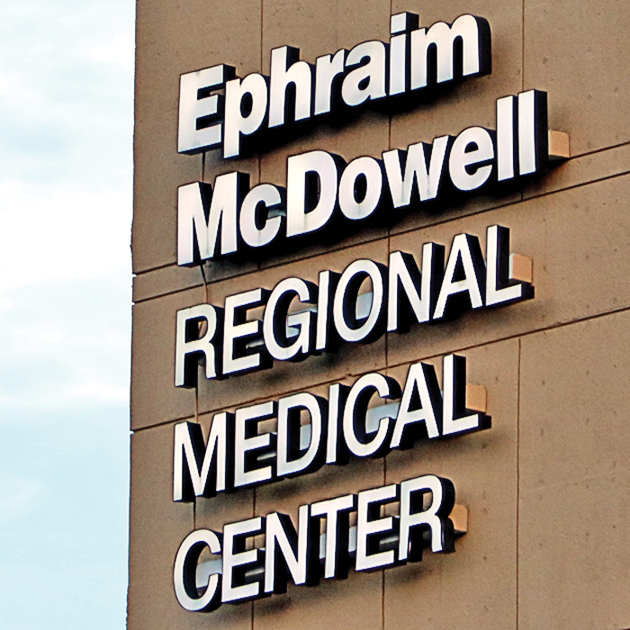 Ephraim McDowell Regional Medical Center in Danville is one of the hospitals in Kentucky facing steep cuts in Medicare and Medicaid spending.

According to a report by Melissa Patrick of Kentucky Health News, hospitals across the nation already contending with cuts in Medicare are also looking at steep cuts in Medicaid.

Those cuts were scheduled to go into affect on Oct. 1. While a continuing resolution passed by Congress and signed by President Trump has pushed the cuts back to Nov. 21, it is not clear if the cuts can be delayed permanently.

The Centers for Medicare and Medicaid Services is planning to reduce payments to hospitals across the nation in fiscal years 2020-25, with a $4 billion cut in fiscal 2020 and $8 billion in each of the next four fiscal years.

Kentucky hospitals would receive $60 million in 2021,  a 75 percent reduction from the 2018 total of $227 million, according to the Kentucky Hospital Association (KHA).

Kentucky Hospitals have already been hit by an estimated $77 million reduction in Medicare payments that will result in by next year. Medicare is no longer trying to mitigate the difference between what Medicaid pays and the actual cost of care.  Medicaid only pays 82-percent of the total cost of care, according to the KHA.

The policy change shifts money from Kentucky and other states that expanded Medicaid to the working poor to states that didn’t expand.

Ephraim McDowell Regional Medical Center is facing a $475,300 cut according to the KHA.

“We were aware this was coming,” said Keith Bridges, vice president of community engagement and population health at Ephraim McDowell Health. “Thankfully it’s not hitting us as hard as other places.”

In addition to the regional medical center in Danville, McDowell operates another facility in Lincoln County and Ephraim McDowell-James B. Haggin Hospital in Harrodsburg. The 25-bed critical access hospital is not affected by the current round of cuts because it is operated under different rules. In 2017, Ephraim McDowell Health provided over $13-million in what the healthcare operator calls “net community benefits” including $12.9 in unreimbursed Medicaid expenses and $249,000 in charity care, according to their 2018 community report.

Bridges said the cuts will not impact the quality of services offered at the regional medical center.

“We’ll be looking to see if we can become more efficient,” he said.

Bridges said administrators and staff have grown adept at improving services thanks to value-based purchasing, in which provider payments are linked to improved performance by health care providers by the government.

“That’s just the nature of doing business with the government,” Bridges said.

During the most recent round of Medicare cuts, Kentucky hospitals stand to lose over $31-million, according to the KHA, with Frankfort Regional Medical Center losing $140,800, Baptist Health in Lexington losing $1.9-million and UK Healthcare losing $2.7-million. For a full list of how hospitals are faring under the latest round of funding cuts, visit kyhealthnews.blogspot.com.