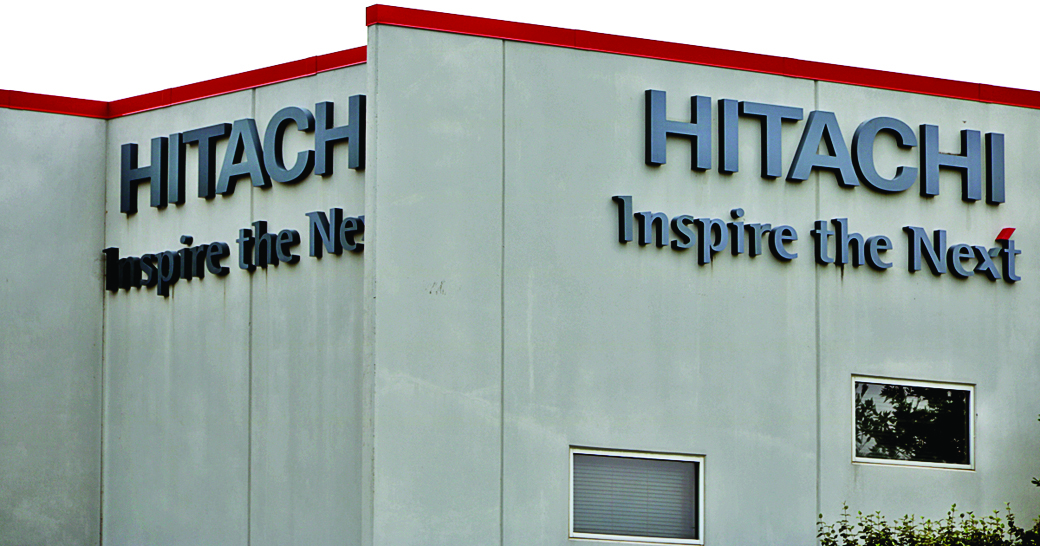 Hitachi is temporarily laying off 120 workers at the Harrodsburg plant. The layoffs are being blamed on a labor dispute between the United Auto Workers and General Motors which has entered its second week. (photo by Robert Moore)

Hitachi is blaming the layoff on the ongoing labor dispute between the United Auto Workers and General Motors. Approximately 46,000 GM employees are on strike in a dispute centering on wages, health care and creating a pathway for temporary workers to get seniority.

The strike has entered its second week, and even workers who are not represented by UAW have been impacted. On Monday, GM laid off 1,200 people at factories in Ohio and Ontario, according to detroitnews.com.

According to a Hitachi press release, the Harrodsburg facility supplies over 30 GM plants, 16 of them here in the US, as well as other automobile manufacturers.

The temporary layoff will impact employees on GM lines that are no longer building parts. Other GM lines will continue production, according to the press release.

During the first week of the strike, Hitachi continued to build inventories of certain parts, conducted additional training, moved employees to other lines as well as other projects. The company also offered employees the opportunity to take vacation time or voluntary unpaid time off.

“Our hope was that there would be a quick end to the strike and that we could get back to our regular operating schedule as soon as this week,” said Craig Fisher, senior vice president for human resources.

“There is currently no indication of a pending settlement,” Fisher said. “We really had no choice but to implement a temporary layoff on the affected lines.”

He said Hitachi is monitoring the contract dispute and hope to get everyone back to work as soon as possible.

Hitachi is continuing benefits for the affected employees and providing assistance to help them obtain unemployment benefits, he said.

Laid off team members will be recalled as soon as the strike ends, Fisher said. But it is currently unknown when the strike will end.

“In this type of situation there is a lot of uncertainty because we don’t know exactly when the strike will end,” Fisher said.

The Hitachi Automotive Systems plant in Berea which also employes approximately 1,000 workers, will not be impacted by the strike because the plant produces  different automotive parts.

Last year, Hitachi laid off approximately 100 workers. That workforce reduction was blamed on flat sales and changing technology. Since 2011, employment at Hitachi’s Harrodsburg plant increased from 764 to 1454 employees, according to figures provided by the company last year.

Mercer County Judge-Executive Milward Dedman said it would be difficult to estimate how the layoff could effect county revenues.

“That would be hard to say,” Dedman said. “That depends on how long it goes on.”

If the strike is short, it wouldn’t really have any effect at all, he said. If it lasted six months, it would have a great impact. Dedman said he hopes GM and the UAW are able to come to terms soon and get workers back on the job.

“Everyone’s hoping that it’s going to be a very brief thing,” Dedman said.