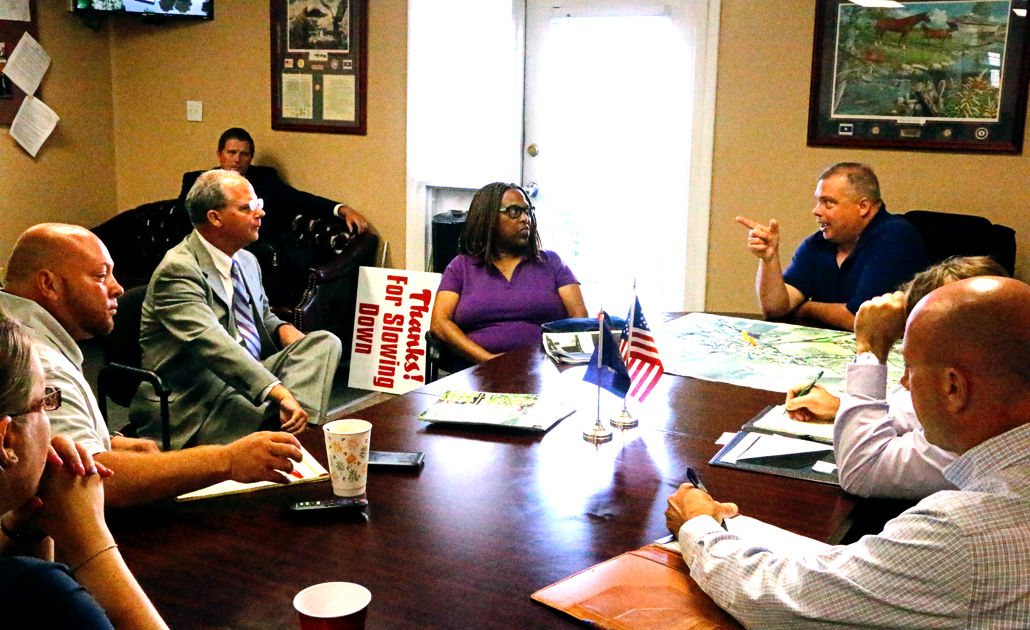 Burgin was visited by U.S. Rep. Brett Guthrie, to Burgin Guthrie, who brought along representatives from the US Army Corps of Engineers to examine flooding in the city.

The Corps of Engineers agreed to look for the best solution for the flooding issues. They began work last week, according to Mayor Jim Caldwell.

“I want to thank resident Margie Brothers for arranging the meeting,” said Caldwell. “We are getting things in line so that we can take action to help get flooding resolved.”

Water bills have also been a hot topic in Burgin since the building of the city’s sewer system. Many residents blame the higher bills they are receiving on sewer fees.

Cody Briscoe, the current water contractor, explained how water loss reports were checked and gave the water loss report following a master meter reading. The report showed an eight percent loss for the month. The council also learned the water department had repaired a few leaks over the past month.

“I would like an easy to read monthly report on water loss,” said Councilperson David Peavler. “I want to know how much water we bought, how much was billed and how much was collected.”

Mayor Jim Caldwell agreed to provide the report but noted that since it hasn’t been reported in the past, the city council would start receiving the report next month.

Councilman Jamie Keebortz said lots of people are complaining about their water bills and are saving their bills to compare month to month.

Councilman David Caldwell asked about the smell in the water from the algae bloom that Harrodsburg had reported and Mayor Caldwell explained it was safe to drink.

The next regular meeting of the Burgin City Council will be on Tuesday, Oct. 8, at 6:30 p.m.