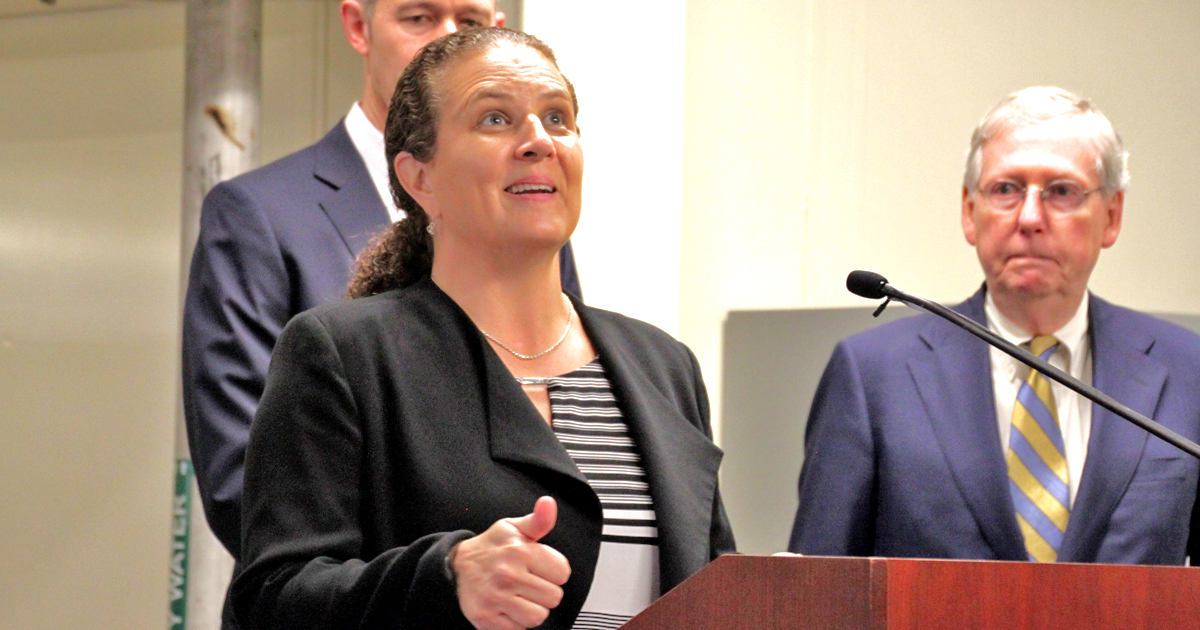 Amy Porter, manager of Corning’s facility in Harrodsburg, gives the thumb’s up to factory workers in 2017, when Apple donated $200 million to Corning.

Apple is awarding $250 million to Corning Incorporated. This is in addition to $200 million Corning received from Apple’s Advanced Manufacturing Fund in May 2017.

The combined investment will support Corning’s research and development, according to a press release.

“Our partnership revolutionized glass and transformed the technology industry with the first iPhone,” said Apple Chief Operating Officer Jeff Williams in a press release. “This award underscores Apple and Corning’s shared belief in the vital role that ingenuity plays in creating industry-leading products, and the pride that both companies take in applying American innovation and advanced manufacturing to solve some of the world’s toughest technology challenges.”

Glass for every generation of iPhone has been made at the Corning plant in Harrodsburg, which opened in 1952. There were around 50 workers hired that first year. Today, the plant, which is Corning’s longest-running US-based manufacturing facility, employs over 400 people and is ranked as one the best places to work in Kentucky.

Freeman called the donation “a great thing for Harrodsburg and an amazing thing for Corning.”

Apple has invested over $1 billion in American companies from its Advanced Manufacturing Fund, according to a press release.

“We’re proud of what we’ve achieved through our collaboration with Apple, and excited by the new opportunities this additional investment creates,” said Wendell P. Weeks, Corning’s chairman, chief executive officer and president. “This Advanced Manufacturing Fund award will allow us to develop groundbreaking new glass innovations, while also expanding our manufacturing capabilities. Most importantly, our ongoing collaboration allows us to create vital new capabilities for end users and continue pushing the boundaries of what is possible well into the future.”

Apple and Corning have been product development partners for more than a decade, and the Harrodsburg facility has played a key role in delivering glass solutions for the iPhone since its inception in 2007, when Gorilla Glass revolutionized the industry. Since then, glass for every generation of iPhone and Apple Watch, and many generations of iPad, have all been made at the Harrodsburg facility.