Board Of Directors Elects New Officers 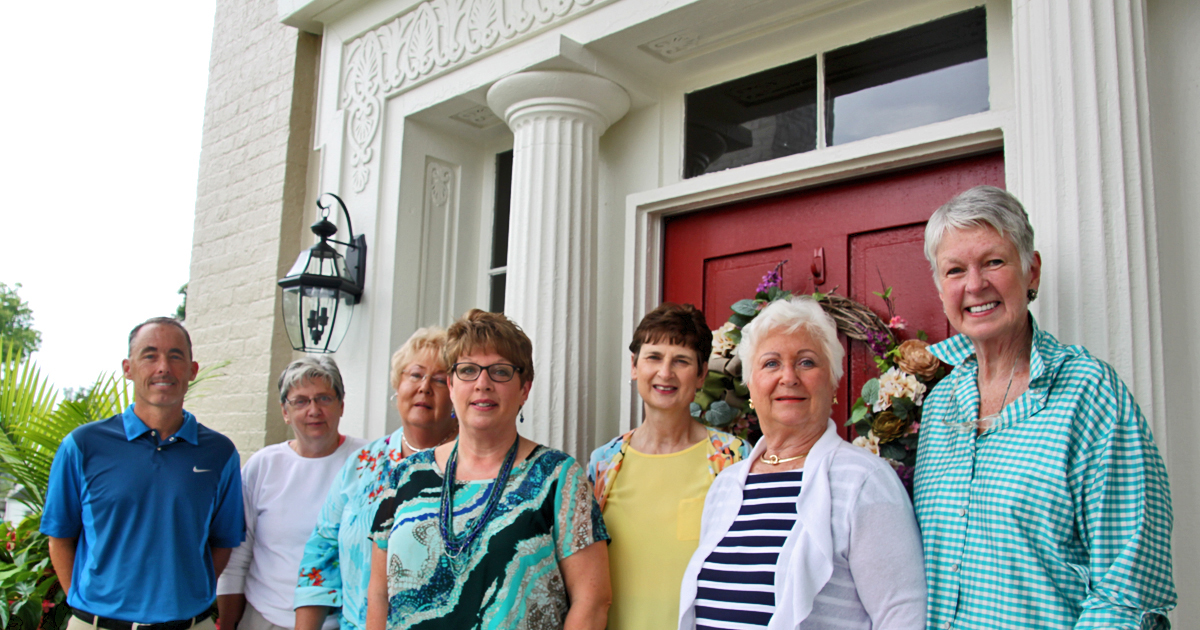 In this 2017 picture of the Harrodsburg-Mercer County Tourist Commission, only Chairwoman Kathryn Tuggle (second from left) and JoEtta Wickliffe (second from right) still serve on the board. Wickliffe, who has served with the commission since its founding, was not reelected treasurer at the last board meeting.

The Harrodsburg-Mercer County Tourist Commission has elected new officers. While Kathryn Tuggle will return as chair of the tourist commission, JoEtta Wickliffe, who has served on the commission since its founding, will no longer serve as treasurer. She will still serve as a board member. Taking Wickliffe’s place as treasurer will be Bob Gigliotta, who represents Shaker Village of Pleasant Hill. Mike Inman was elected vice chair.

Wickliffe had been reelected as treasurer. However, in July, the board voted to nullify the May election of officers based on violations of the bylaws. Tim Kazimer, who questioned the legality of that election, said it was not an attempt to remove Wickliffe as treasurer. “The purpose is to clarify the process,” Kazimer said.

All board members present except for Wickliffe voted for the new slate of officers, which was selected by a nominating committee composed of Kazimer, Inman and Wickliffe.

She said the nominating committee had also been divided. “It was not a unanimous decision,” Wickliffe said. “I voted against it.”

She said she wanted to remain as treasurer for the remainder of her term, which ends in 2021. At the end of the meeting, Wickliffe, who served as chair in Tuggle’s absence, expressed her dissatisfaction with the board’s decision.

“I am disappointed that this commission yielded to the pressure,” which Wickliffe said came from Harrodsburg Mayor Art Freeman and Mercer County Judge-Executive Milward Dedman. “It’s a direct slap in the face to me.”

Former chairman Chuck Dedman, who represents the Beaumont Inn, voted against Wickliffe but said he appreciated her efforts. “I would like to thank you for your years of service,” Dedman said.

The next meeting of the Harrodsburg-Mercer County Tourist Commission will be on Wednesday, Sept. 18, at 8 a.m.

For the rest of the story, check out the new issue of the Harrodsburg Herald. Click here to subscribe.